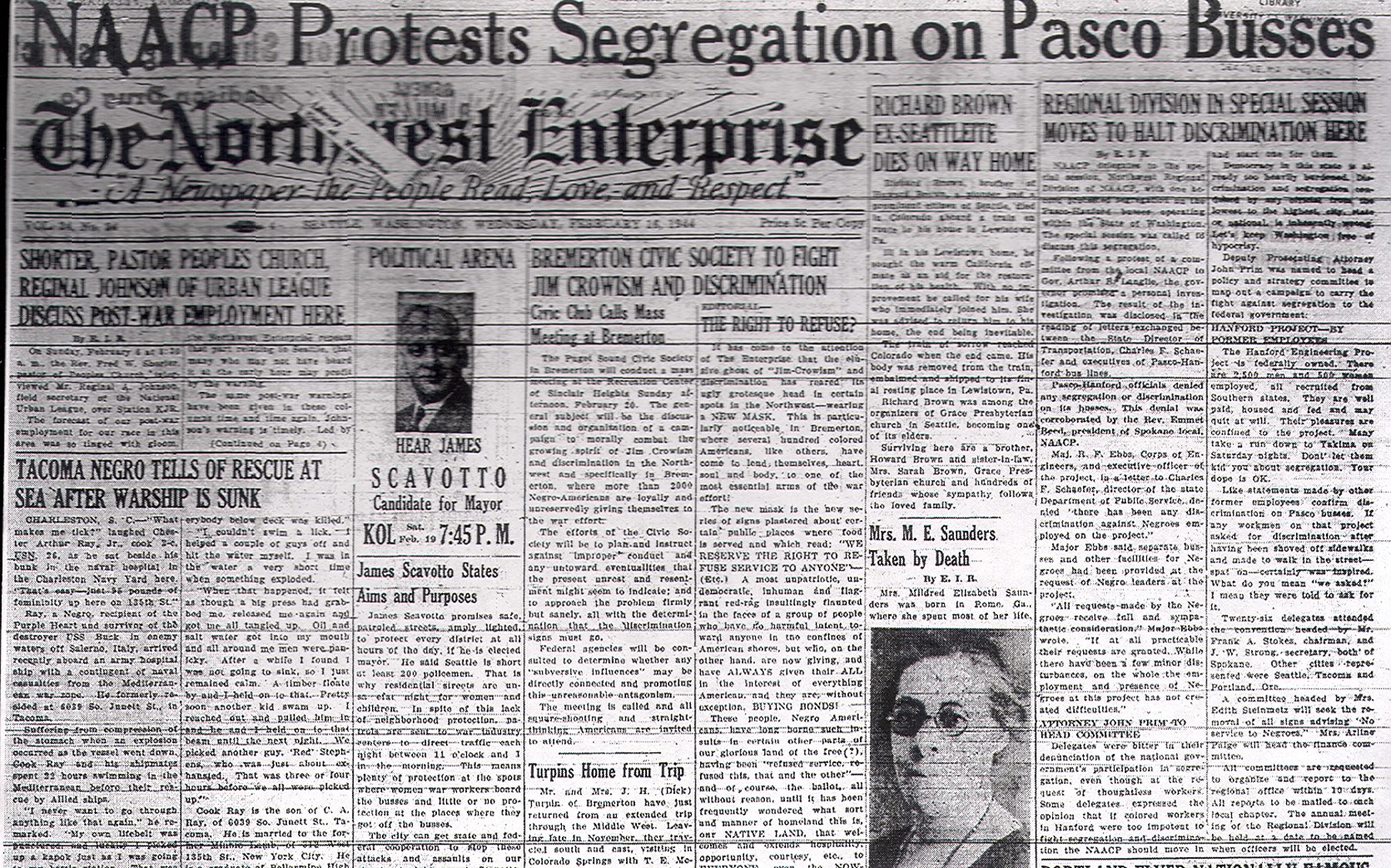 William H. Wilson established The Northwest Enterprise, a Seattle, Washington weekly newspaper for the African American community, in 1920 and continued to be its editor until 1935.  He also served as a board member of Seattle’s chapter of the National Association for the Advancement of Colored People (NAACP) and was chairman of the Colored Citizens’ Committee.

Wilson’s birthplace, birthday, and other background are unknown; in fact, little has been written about Wilson’s life before and after his time in Seattle.  Wilson made a name for himself as one of the wealthiest African Americans in Seattle with his newspaper The Northwest Enterprise, which was considered the most widely known and successful Seattle black-owned business.  By 1927, sales of the paper extended across the Pacific Northwest, including Montana and Idaho.  While Wilson was editor, the newspaper focused on what white newspapers avoided: racism in Seattle, success in the African American communities, advertisements specifically for African Americans, and black politics.  Wilson and his newspaper built unity and support among Seattle’s African American community, a pattern that continued when Wilson left The Northwest Enterprise in 1935.

Wilson became president of the Seattle NAACP when the organization reemerged in 1928 after a five-year lull in activities. Wilson immediately addressed the decline in membership and led the organization in working on cases involving employment discrimination.  That discrimination increased dramatically during the Depression as black workers were often laid off to create jobs for white employees.  Wilson was also the chairman of the Colored Citizens’ Committee, an ad hoc group which, along with other groups of color and white activists, successfully campaigned against anti-intermarriage bills introduced in the Washington State Legislature in 1935 and 1937.  Because of these efforts Washington remained one of only six states in the nation and the only one in the far west that did not enact legislation blocking the marriage of whites to blacks and other people of color.

After Wilson’s departure from The Northwest Enterprise, the newspaper went through a series of editors for the remainder of the its 32-year run.  The last issue was published on April 4, 1952. Details of Wilson’s death are unknown.

Gerald J. Baldasty, Gerald J. and Mark E. LaPointe, “The Press and the
African American Community: The Role of the Northwest Enterprise in the
1930s,” Pacific Northwest Quarterly (Winter 2002/2003); Quintard
Taylor, The Forging of a Black Community: Seattle’s Central District
from 1870 Through the Civil Rights Era (Seattle: University of
Washington Press, 1994);
https://www.blackpast.org/?q=aaw/northwest-enterprise-1920-1954.