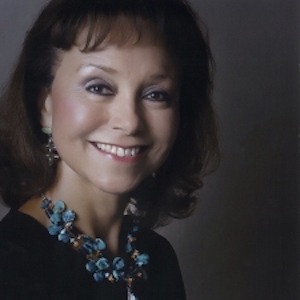 Born in Buffalo, New York, Wilkinson is one of three children of Frederick and Jeane Ann Wilkinson. She received her Bachelor’s Degree in International Relations from Brown University in Providence, Rhode Island in 1968. In 1970, Wilkinson earned a double Master’s Degree in Social Science and in Education from the University of Chicago in Illinois. She also learned to speak Portuguese, Spanish, and French.

Wilkinson’s career began in the Foreign Service in 1971 when she was appointed Vice Consul in the U.S. Consulate in Sao Paulo, Brazil.  She later held the post of Consul in Accra, Ghana and Desk Officer in the U.S. Embassy in Lisbon, Portugal. Once back in the Washington, D.C., she served as Program Officer for Africa in the Bureau of Cultural Affairs in the State Department. She was also Staff Assistant to the Assistant Secretary for Inter-American Affairs, and Management Analyst for the Office of Management Operations, both State Department positions as well. Wilkinson also spent a year as Director of the Face-to-Face Program at the Carnegie Endowment for International Peace in New York City, New York.

Wilkinson served in the early 1990s as Deputy Principal Officer in the U.S. Consulate in Tijuana, Mexico but then returned to the State Department to become Director of the Office of Diplomatic and Public Liaison in the Bureau of Consular Affairs.  Her next assignment took her to Willemstad, Curaçao where she served as Consul General in the Dutch colony. She then worked in Lisbon, Portugal where she was Charge d’Affaires at the U.S. Embassy and later Deputy Chief of Mission.

In 1995, President Bill Clinton nominated Wilkinson as the U.S. Ambassador to Burkina Faso. She was appointed on July 11, 1996, and presented her credentials on October 24, 1996. She held the ambassadorship until July 12, 1999. In 2000, she was again nominated by President Clinton as Ambassador to Mozambique. After the U.S. Senate confirmed her on September 15, 2000, she presented her credentials in Maputo, the capital, on October 25, 2000.  Wilkinson served in that capacity until July 21, 2003.

After returning to the United States in 2003, Wilkinson served as Assistant Dean for Global Engagement at Arizona State University’s College of Liberal Arts and Sciences. She became the first Diplomat in residence at the University. She additionally served as Diplomatic Advisor at Meridian International Center in Washington, D.C.

Ambassador Wilkinson is a member of the Council on Foreign Relations, The American Black Ambassadors Association, the Thursday Luncheon Group, and the American Foreign Service Association. She is also a Board Member of EarthEcho International, the Arizona Council for International Visitors, Sudan Sunrise, the Mozambique Health Consortium, and the Senior Living Foundation. She currently serves as Meridian International Center’s Senior Vice President. She is also a co-author of Empowering the Soul: Creating Harmony in a Troubled World (2009).