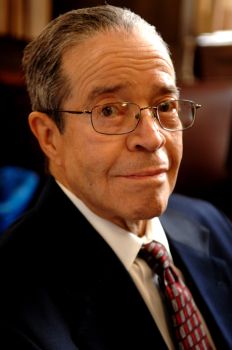 Jesse Ernest Wilkins, Jr. is often described as one of America’s most important contemporary mathematicians. At 13, he became the University of Chicago’s youngest student. Wilkins continued his studies there, earning bachelor, master, and doctorate degrees in mathematics. When he finished his Ph.D. at 19, he was hailed by the national press as a “negro genius.”

Wilkins was born in Chicago, Illinois on November 27, 1923 to Lucile Beatrice Robinson Wilkins who held a master’s degree and taught in the Chicago Public School system.  His father, J. Ernest Wilkins, a prominent attorney, was assistant Secretary of Labor during the Dwight D. Eisenhower administration.

After completing his Ph.D., Wilkins taught mathematics for one year at Tuskegee Institute (1943-1944) before being recruited to work at the Metallurgical Laboratory at the University of Chicago where he contributed to the Manhattan Project.  Wilkins worked there between 1944 and 1946.

In 1946 Wilkins then worked in private industry, first at the American Optical Company (1946-1950), then United Nuclear Corporation, which later became General Dynamics (1950-1960), and finally General Atomic Company (1960-1970). He also earned bachelor and master degrees in mechanical engineering from New York University in 1957 and 1960 respectively.  In 1970, Wilkins became the Distinguished Professor of Applied Mathematical Physics at Howard University. He was noted as being inspirational to his students and for starting Howard’s Ph.D. program in mathematics.

Wilkins returned to nuclear engineering by working at the firm of EG & G, Inc., a scientific technology firm, from 1977 to 1984 and then serving as a fellow at the Department of Energy’s Argonne National Laboratory from 1984 to 1985.  He retired in 1985 but that retirement lasted only five years.  In 1990 he became the Distinguished Professor of Applied Mathematics and Mathematical Physics at Clark Atlanta University, a position he held until his death.

J. Ernest Wilkins was a member of numerous professional societies and has been awarded many honors in his distinguished career including: he has served as President of the American Nuclear Society (1974-1975), Council Member of the American Mathematical Society (1975-1977), and in 1980 he received the Outstanding Civilian Service Medal by the US Army. He published numerous papers in the fields of mathematics, optics, and nuclear engineering. His greatest contribution to scholarship was the development of mathematical models to explain gamma radiation and his subsequent work on developing a shielding against gamma radiation.

J. Ernest Wilkins, a member of Sigma Pi Phi and Kappa Alpha Psi Fraternities, died at his home in Fountain Hills, Arizona, on May 1, 2011. He was 87 at the time of his death.