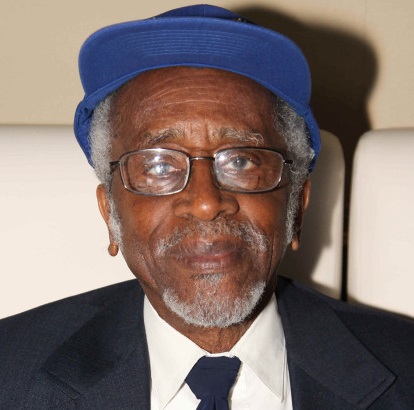 Wilfred DeFour was an aircraft technician and member of the famed Tuskegee Airmen, a group of African American pilots and support personnel who were in the U.S. Army Air Corps in World War II. DeFour was born on April 12, 1918 in Colon, Panama to parents who were originally from Trinidad. His father moved the family to New York City in the early 1920s and they settled in Harlem. DeFour attended DeWitt Clinton High School in The Bronx, New York, graduating in 1936. DeFour attended City University of New York (CCNY) briefly until he was drafted into the U.S. Army in 1942. The U.S. military being segregated at the time, DeFour was assigned to the Army Air Corps and sent to the Tuskegee Army Airfield where he completed his basic training.

DeFour was then assigned to the 366th Air Service Squadron and 96th Air Service Group of the Tuskegee Airmen. In 1943, DeFour completed his Army administration training at Atlanta University where he was promoted to Staff Sergeant. During this time, DeFour married Ruth Cristian of New York City. The couple had two children, Wilfred DeFour Jr., and Darlene DeFour.

In 1944, DeFour was transferred to Italy where he became an aircraft technician. He worked on the aircraft of the 332nd Field Group at Ramitelli Airfield near Campobasso, Italy. Although not a pilot, DeFour was credited with initiating the decision to paint the tails of the 332nd’s aircraft red. That decision led to the Tuskegee Airmen and their aircraft being nicknamed the Red Tails. The aircraft nickname, Red Tails, would be an early inspiration for and title of the 2012 film Red Tails starring Nate Parker, Terrance Howard, and Cuba Gooding Jr. and based on the experience of the Tuskegee Airmen in World War II.

After World War II ended, DeFour was discharged from the Army Air Corps. He returned to New York City and resumed his studies, eventually earning a bachelor’s degree in real estate and business administration. For the rest of his life, DeFour operated a real estate company in New York City while working at the Veterans Administration and for the United States Postal Service. DeFour retired as a superintendent of special delivery and parcel post in 1982.

On November 19, 2018, Wilfred DeFour attended a ceremony where the Federal government honored the Tuskegee Airmen for their wartime contributions by renaming a Manhattan post office as the Tuskegee Airmen Post Office Building. Less than a month later, on December 8, 2018, DeFour passed away at his home in Harlem, New York at the age of 100.