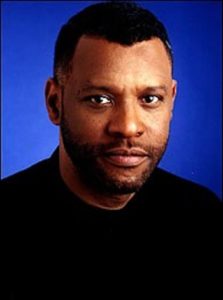 Ralph Wiley was an influential writer on both sports and race.  Born on April 12, 1952 in Memphis, Tennessee, Wiley began his career playing college football at Knoxville College, a historically black liberal arts college located in Knoxville, Tennessee.  Wiley’s mother, Dorothy Brown, was a college teacher who inspired in him a love for writing early in his childhood.

An unfortunate knee injury unexpectedly ended Wiley’s football career.  He turned to writing and began working as a professional journalist at the Knoxville Spectrum during his college years.  After graduating in 1975, Wiley moved west and continued his career at the Oakland Tribune in California.  Wiley initially began as a copy boy and worked his way up the ranks to become a regular columnist.  In 1980, Wiley came up with the term “Billy Ball” to describe the style of baseball the Oakland A’s employed under manager Billy Martin.  The term grew to be widely used within the baseball world.  In 1982, Wiley left the Oakland Tribune and began writing for Sports Illustrated, where he wrote 28 cover stories and over 200 bylines.

In addition to his many articles on sports, Wiley also wrote critically acclaimed books.  His books included Serenity: A Boxing Memoir, a survey of the boxing world, and three books on race: Why Black People Tend to Shout: Cold Facts and Wry Views From a Black Man’s World, What Black People Should Do Now: Dispatches From Near the Vanguard, and Dark Witness: When Black People Should Be Sacrificed (Again).  These books established Wiley as an important cultural critic.

By the 1990s, Wiley had become well known for his provocative and satirical writing style in addition to his usage of literary references in combination with street slang.  His books criticized both black and white America, casting blame without mincing the words.  Many disliked what they saw as excessively harsh commentary especially on African Americans, while others viewed it as appropriate and thought provoking.  Wiley also made appearances on television.  He made regular guest appearances on SportsCenter along with occasional showings on ESPN’s The Sports Reporters.

On June 13, 2004, Wiley died of a heart attack at the age of 52 in his home in Orlando, Florida.  He was married twice, first to Holly Cypress and then to Monica Valdiviez-Wiley, but both marriages ended in divorce. Surviving family members include his mother, Dorothy Brown; his son from his first marriage, Colen C. Wiley; his daughter from his second marriage, Magdalena Valdiviez-Wiley; and his half-brother Samuel Graham.