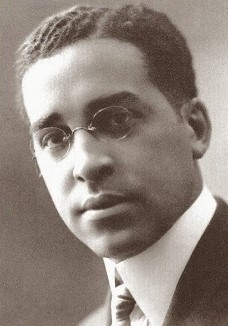 Clarence Wesley Wigington, architect, was born April 21, 1883 in Lawrence, Kansas to Wesley Wigington and Jennie Mary Roberts.  He was the fourth of twelve children. Between 1884 and 1908 the family moved seven times finally settling in Omaha, Nebraska where young Wigington was raised and completed high school in 1898.

After completing high school Wigington secured a position as clerk in the office of nationally renowned architect Thomas R. Kimball, where he advanced from clerk to student draftsman, to junior draftsman. In 1908 he left the employ of Thomas Kimball and opened his own practice. Over the following six years he was instrumental in designing homes, churches, and some business-related structures in Omaha.

In an effort to secure a more sound financial future as a burgeoning architect, Wigington moved his family to St. Paul, Minnesota.  The city was experiencing a population growth which occasioned the need for expanded city services and facilities including public schools and parks. In May of 1915 Wigington sat for the civil service examination where he registered the highest score. He was temporarily hired in June of 1915 with permanent employment following in August of that year. He is believed to be the country’s first black municipal architect, a remarkable achievement given the few blacks who were practicing architects, and the fact that he did not have a formal architectural degree.

Wigington left the City Architect Office for a brief period of time between 1916 and 1917. Upon his return he remained in that office until his retirement in 1949. Although he was eventually promoted to the position of Senior Architectural designer, where he was responsible for the day to day operations of that office, he could never aspire to be the City Architect, a political appointment.

The corpus of Wigington’s work were in municipal structures, many occasioned by the City of Saint Paul and the Federal government through the Works Progress Administration (WPA). Another body of work reflected businesses, private residences and religious buildings. Approximately 108 municipal structures in Saint Paul are attributable to Wigington as draftsman or in charge architect. An additional 48 structures, designed and/or built across the country, have been attributed to him. Wigington is best known for designing six ice palaces for the City of Saint Paul Winter Carnival, two of which were completed and two whose construction was halted by unseasonably warm weather.

Upon retirement Wigington, for health reasons, moved to Los Angeles, California where he struck a friendship with Paul Williams, the most prominent black architect in that state.  In 1950 Wigington and Williams reactivated the California Chapter of the National Technical Association (NTA) composed of black architects, engineers, chemists, and draftsmen. The NTA was founded in Chicago, Illinois in 1926.  In 1963 Wigington and his wife moved to Kansas City, Missouri to live with their daughter. He died there on July 7, 1967 at the age of 84.