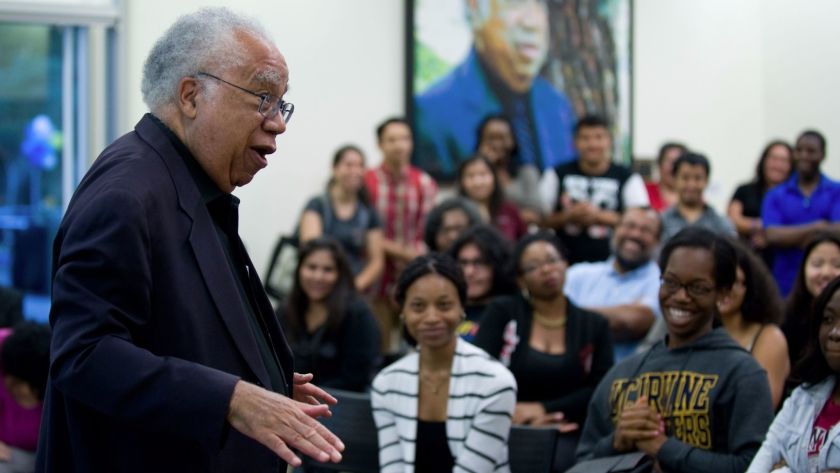 Joseph L. White, known as the “Father of Black Psychology,” for exposing the implicit whiteness in the field of psychology, including education, research, and professional training, was a clinical psychologist, professor, and researcher who challenged the American Psychological Association (APA) by helping to found the Association of Black Psychologists (ABPsi) in 1968 within its ranks. White worked closely with colleagues to build a bibliography of works on black psychology; but his 1970 article for Ebony magazine, “Toward a Black Psychology,” had the most impact. It confronted the 78-year-old APA on its history of defining blacks as deviant and lacking in intelligence.  His challenge took White to the forefront of the movement for a cross-cultural psychology which focuses on the interrelationship between culture and psychological processes.

Joseph L. White was born in Lincoln, Nebraska on December 19, 1932 to Dorothy Lee and Joseph L. White. The parents separated; his mother raised White and his two siblings in Minneapolis, Minnesota. He attended Catholic school and the Pillsbury Community House program, a product of the Settlement House movement. After completing high school in 1950 he moved to San Francisco, California where he enrolled in San Francisco State College (now San Francisco State University). There he earned a Bachelor’s degree and, after two years in the Army, a Master’s of Science in psychology. In 1962 White earned a Ph.D. in psychology from Michigan State University, becoming one of the first black psychologists in the United States.

In 1969, White joined the faculty of University of California at Irvine (1965) as professor of psychiatry and psychology. After his retirement in 1994, Governor Edmund G. Brown, Jr. appointed White to the California State Psychology Licensing Board where he served as chairman for three years. He also served as a Trustee of the Menninger Foundation, a support system for the Menninger Clinic, a psychiatric hospital.

Joseph White was married to Lois White, his second wife, for over thirty years. His three children with his first wife, Myrtle Escort White, are Dr. Lori White, Dr. Lisa Diane White, and Mrs. Lynn White Kell. White died from a heart attack on November 21, 2017 while flying to visit his family in St. Louis, Missouri for the Thanksgiving holiday.