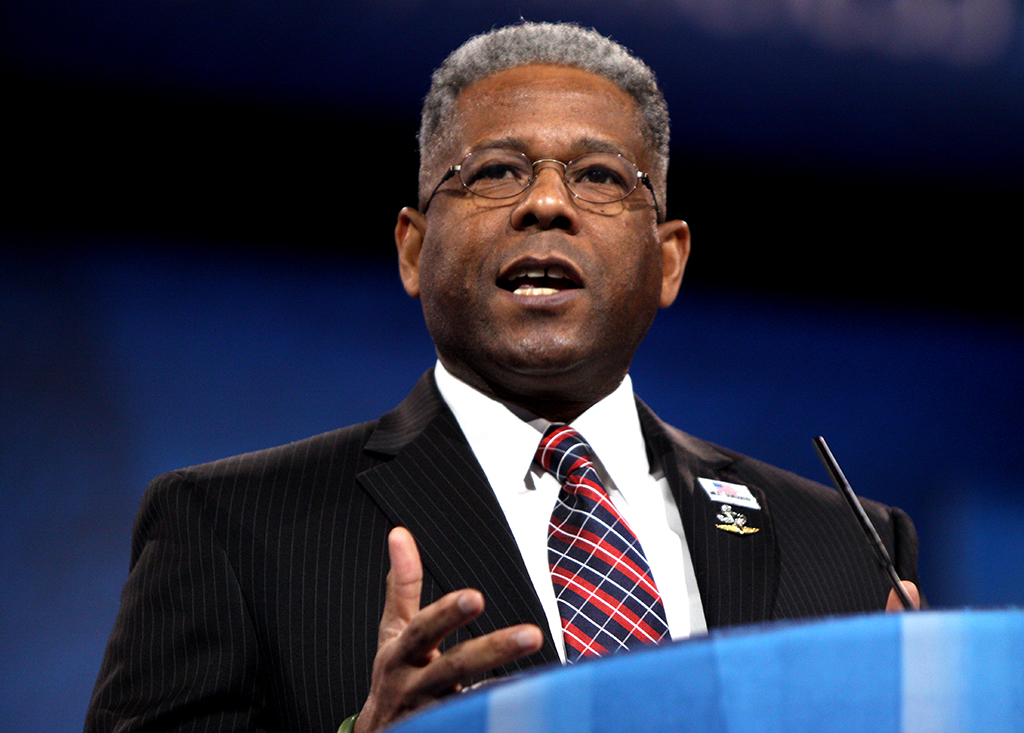 In 2010, retired lieutenant colonel Allen West became the first black Republican to represent Florida in Congress since Rep. Josiah T. Walls, who served during Reconstruction. Congressman West was born on February 7, 1961 in Atlanta, Georgia to Herman and Elizabeth West. His father was a career military officer, while his mother worked as a civilian employee of the United States Marine Corps.

As a tenth grader in high school, West joined the Junior Reserve Officers’ Training Corps (ROTC) program. He attended the University of Tennessee and graduated with a B.A. degree in political science then entered the U.S. Army, eventually rising to the rank of colonel. While in active military service, he earned a M.A. degree in political science from Kansas State University.

Colonel West served in several combat zones including in Operation Desert Storm, Operation Iraqi Freedom and in Afghanistan. He became a highly decorated soldier, receiving among other awards the Bronze Star and Merit Service Medal, three Army Commendation Medals (one with valor), and a Valorous Unit Award. He retired from the military in 2004 at the rank of lieutenant colonel.

Although raised in a family of Democrats, Congressman West registered as a Republican after his military service. In 2007, he made an unsuccessful run for Congress on the Republican ticket in a special election in Florida’s 22nd congressional district. Undeterred, he ran again for the same seat in the 2010 mid-term elections. His win in that election was aided in part by endorsements from former Alaska Governor Sarah Palin and the conservative Tea Party movement. West invariably got a standing ovation from white audiences on the campaign trail whenever he declared in a stump speech, “I don’t see myself as African American, Black American. I see myself as an American.”

As a new member of Congress, West joined the Congressional Black Caucus, being the first Republican to do so in 14 years. Congressman West has been appointed to the House Armed Services Committee and the Small Business Committee.  Controversy has shadowed Congressman West, both in the military and as a junior member of Congress. An incident occurred in August of 2003 when Colonel West fired a pistol past the head of an Iraqi prisoner whom he had abducted and was interrogating. During a military hearing that convened the following November, West admitted wrongdoing in the unauthorized firing of the pistol and was fined $5,000. Accepting the judgment, Lieutenant Colonel West retired with full benefits in the summer of 2004.

During a 2010 interview, Representative West made a personal attack on one of the House’s two Muslim representatives, declaring that Rep. Keith Ellison (D-Minn.) represented “the antithesis of the principles upon which this country was established.”

Congressman West lives in Plantation, Florida with his wife Dr. Angela Graham-West, a financial planner, and their two teenage daughters, Aubrey and Austen.