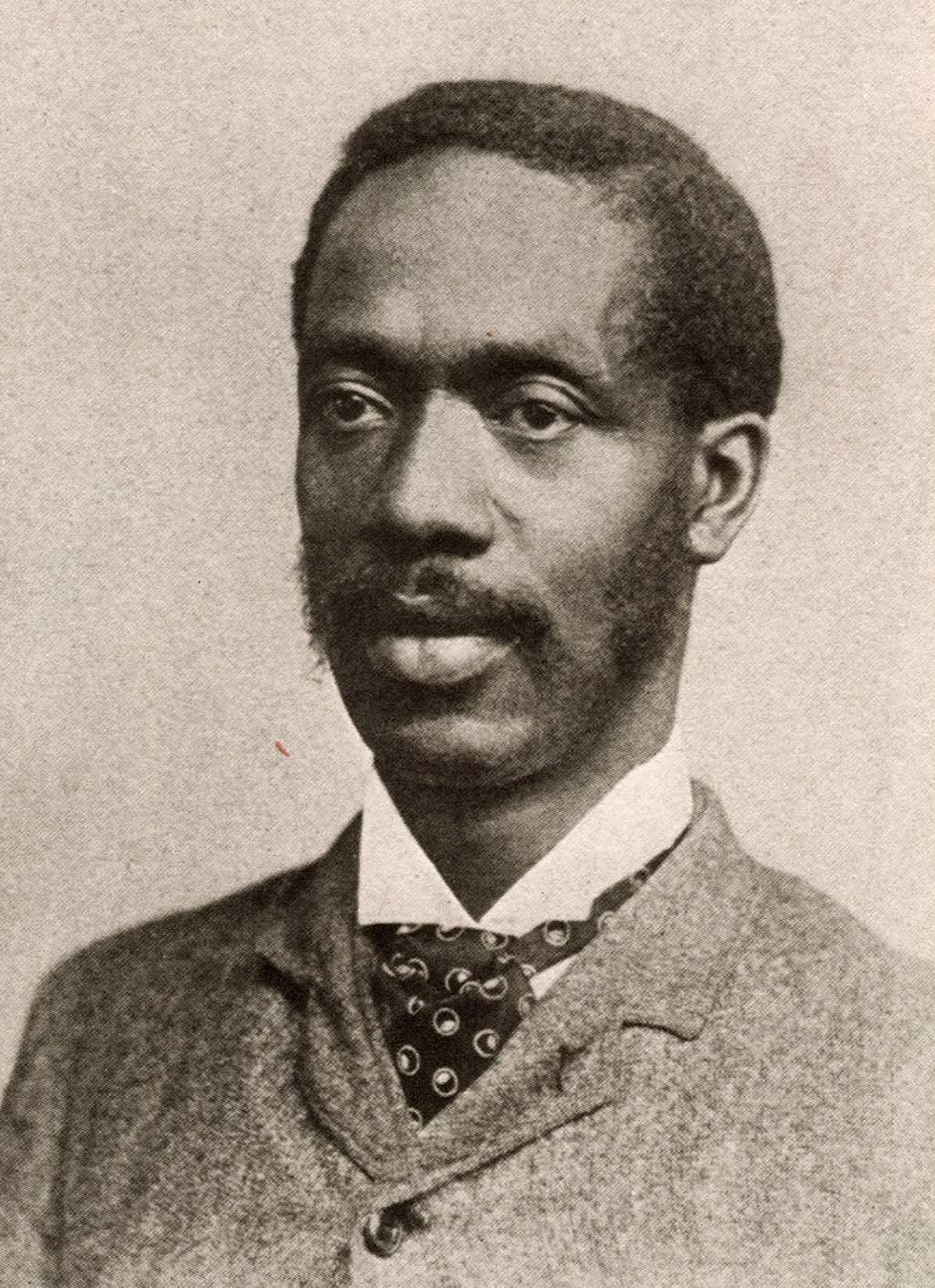 John Wesley Cromwell was a historian, editor, educator and lawyer who was born into slavery on September 5, 1846 in Portsmouth, Virginia. He was the youngest child of Willis Hodges Cromwell and Elizabeth Carney Cromwell, who had twelve children. In 1851 Willis Cromwell obtained his family’s freedom and they moved to West Philadelphia. John Cromwell attended Bird’s Grammar School at the age of ten and the Institute for Colored Youth in 1856. He graduated in 1864 and taught briefly in Colombia, Pennsylvania.

Cromwell returned to Virginia in 1865 at the age of eighteen and opened a private school for freedmen in Portsmouth, which was eventually taken over by the American Missionary Association. He returned to Philadelphia and worked with the Baltimore Association for the Moral and Intellectual Improvement of Colored People. In December of 1865, the principal of the Association recommended Cromwell to teach in the American Missionary Association’s freedman’s schools being formed across the South. Cromwell taught briefly in Maryland and Virginia through 1867.

John Wesley Cromwell soon got involved with local politics in Virginia. In 1867 he was named a delegate to the first Republican convention in Richmond. He was also named clerk in the Virginia Constitutional Convention in 1868.

In 1871, Cromwell moved to Washington, D.C. and entered Howard University Law School. He graduated two years later and was admitted to the District of Columbia bar in 1874. After graduating from Howard, he helped organize the People’s Advocate, a weekly newspaper in Alexandria, Virginia, which he eventually moved to Washington, D.C. in 1877. Anticipating that he would need to supplement his attorney’s salary, Cromwell completed the civil service examination while at Howard. He was appointed chief examiner of the division of money orders in the Post Office Department, a position he held until 1885.  After retiring from the Post Office Department in 1885, Cromwell practiced law briefly. He was probably the first African American lawyer to argue a case before the Interstate Commerce Commission in 1887 when he served as counsel for the plaintiff in William H. Heard v. the Georgia Railroad Company. Eventually Cromwell returned to teaching, this time in the public schools of Washington, D.C. where he served as instructor or principal in several public schools until 1919.

A gifted organizer, Cromwell helped form the Virginia Educational and Historical Association and the National Colored Press Association which in 1894 became the National Afro-American Press Association. He was a founder of the Bethel Literary and Historical Association of Washington, D.C. and became the organization’s president in 1881. In 1897 Cromwell became a founding member of the American Negro Academy, an organization created to stimulate and demonstrate intellectual capabilities among African Americans.

During this time Cromwell began to turn his attention to African American history. Between 1901 and 1903 he served as editor of The Record, another small weekly newspaper in Washington, D.C. Upon his resignation he decided to devote all of his efforts to historical research and writing. In 1914 Cromwell published his most influential work, The Negro in American History: Men and Women Eminent in the Evolution of the American of African Descent which influenced Carter G. Woodson to found the Association for the Study of Negro Life and History the following year. Cromwell was subsequently a frequent contributor to the Association’s publication, the Journal of Negro History. Cromwell continued to teach and write about African American history, publishing his last scholarly paper in 1924, a few years before his death.