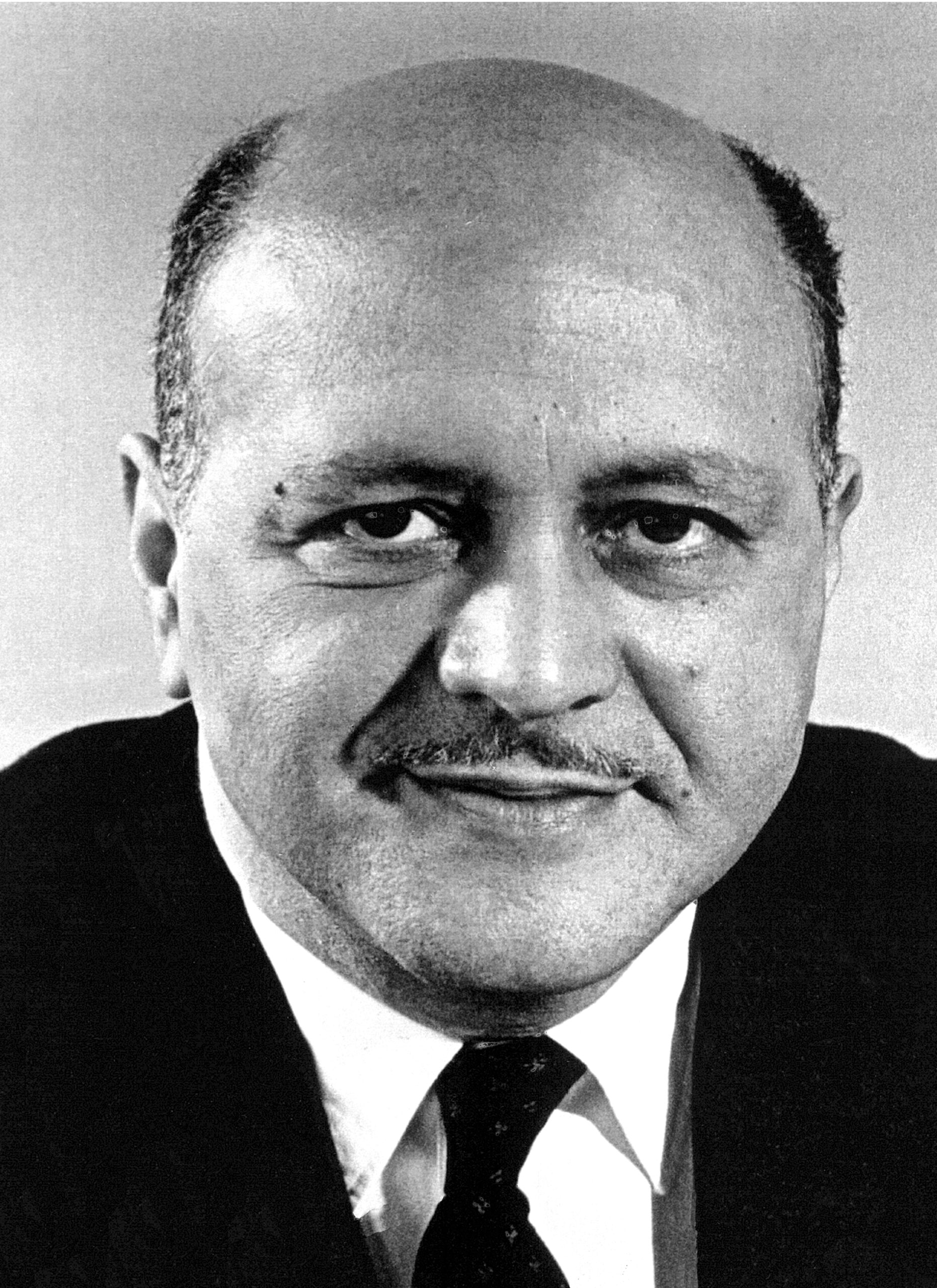 Robert C. Weaver was a noted economist and administrator. From 1966 through 1968, he was the first African American cabinet official, serving as the Secretary of the Department of Housing and Urban Development (HUD). Weaver was born December 29, 1907 in Washington D.C. and raised in that city.

From 1929 through 1934, he attended Harvard University, earning economic degrees at the Bachelor of Science, Masters’, and Ph.D. levels. As an administrator, Weaver worked as an adviser to the Secretary of the Interior (1933-37), special assistant for the Housing Authority (1937-40), and an administrative assistant with the National Defense Advisory Commission (1940). During the Second World War, he worked in several capacities concerned with mobilizing black labor into industrial employment contracted by the federal government.

In the immediate postwar period, Weaver held several successive positions with the federal government. His most noted positions were serving as the Department of the Interior’s first Black adviser on racial problems and Chicago, Illinois’s executive director of the Mayor’s Committee on Race Relations. Simultaneously, Weaver taught at several universities, wrote two books, and directed the fellowship department at the John Hay Whitney Foundation (1949-1955). Thereafter, he became a member of New York State’s governor’s cabinet as its rent commissioner (1955-1959). Weaver also joined Sigma Pi Phi fraternity

Before reentering with Washington’s “beltway politics”, Weaver served as the chairman of the National Association for the Advancement of Colored People (NAACP). In 1961, he was appointed by President John F. Kennedy to the post of administrator of the Housing and Home Finance Agency. In 1966, President Lyndon B. Johnson appointed Weaver as the first Secretary of HUD. In 1969 he left public life in federal government to preside over Bernard M. Baruch College (1969-70), and to teach urban affairs at Hunter College (1970-1978). Robert C. Weaver’s books include Negro Labor: A National Problem (1946), The Negro Ghetto (1948), The Urban Complex: Human Values in Urban Life (1964), and Dilemmas of Urban America (1965).