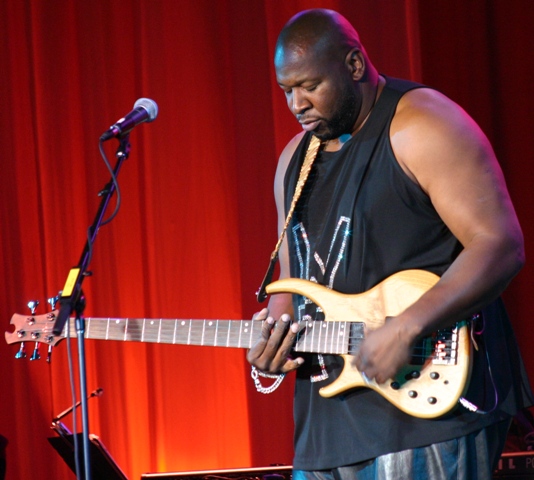 R&B bass guitarist and 6’ 9” professional basketball player Wayman Lawrence Tisdale was born on June 9, 1964, in Fort Worth, Texas, the youngest of six children of Louis Tisdale, a minister, and Deborah “Momma Tiz” Mathias Tisdale. He was reared, however, in Tulsa, Oklahoma, where he began playing the guitar in his father’s church. 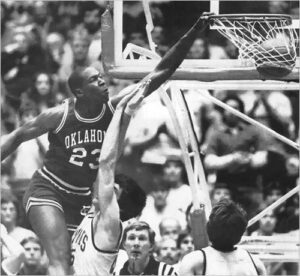 Tisdale graduated from Booker T. Washington in Tulsa, Oklahoma, in 1982, where he was a star player with numerous scholarships offers. Afterward, he enrolled in the University of Oklahoma, where he was named a first team All American three times, averaging 25.6 points and over 10 rebounds per game, thus being the first college player to earn a spot in his freshman, sophomore, and junior seasons. While Tisdale was a three-time All-American at Oklahoma, he was as equally gifted and recognized as a musician on the stage. He would even take his guitar with him during basketball tours.

In 1984, Tisdale played on the U.S. Olympic team in Los Angeles, California, and helped bring home a gold medal. He was drafted during his junior year in 1985, the second pick overall by the Indiana Pacers, and as a rookie, he averaged 14.7 points and 7.2 rebounds per game and remained with the team until 1989. 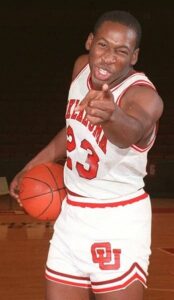 From 1989 to 1994, Tisdale played with the Sacramento Kings, and from 1994 to 1997, he played with the Phoenix Suns. In 1995, however, he began his professional recording as a musician with the debut album, Power Forward. It peaked at no. 4 on the Billboard jazz chart even while he continued playing professional basketball.  He composed the song “Payday” for The Winans gospel group, which peaked at no. 74 on Billboard’s R&B chart. Tisdale retired in 1997 after a 12-year basketball career. Although he averaged more than 15 points and six rebounds per game, per season, he now turned to developing his music career full time. 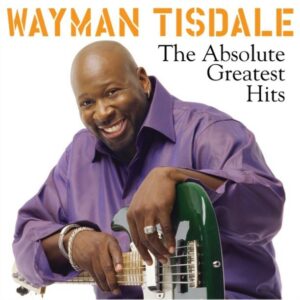 In 2002 Tisdale was inducted into the Oklahoma Jazz Hall of Fame with the Legacy Tribute Award. The NAACP also nominated him as “Outstanding Jazz Artist” for its 2004 Image Awards. Two years later, in 2006, Tisdale released the album Way Up from Rendezvous Entertainment’s label. It reached no. 116 on the Billboard 200 album chart. This album allowed him to collaborate with jazz giants Koz, Eric Benet, George Duke, Bob James, Kirk Whalum, Jonathan Butler, and Jeff Lorber. In 2008, he returned to the studio and released the collection Rebound, which peaked at no. 121. Overall, Tisdale recorded nine albums as a bassist, and in 2009, he was elected to the National Collegiate Basketball Hall of Fame.

Wayman Lawrence Tisdale died from a ruptured esophagus on May 15, 2009, at St. John Medical Center in Tulsa, Oklahoma. He was 44.