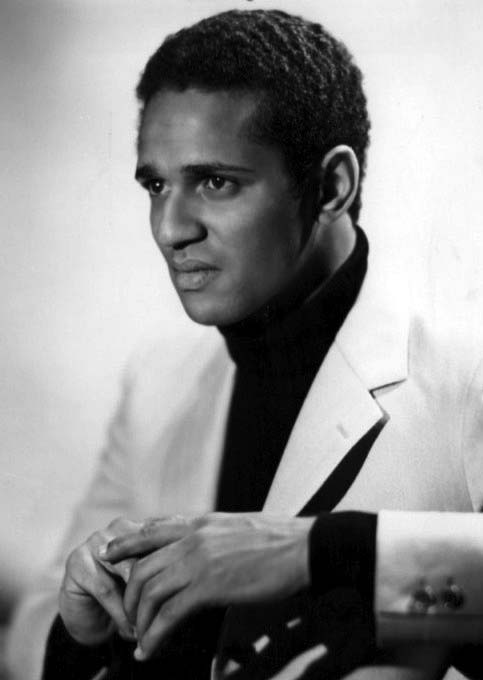 Andre Watts is the subject of one of the more memorable stories in American music. In 1963, the 16 year old high school student won a piano competition to play in the New York Philharmonic’s Young People’s Concert at Lincoln Center, conducted by Leonard Bernstein.  Within weeks of the contest the renowned conductor tapped Watts to substitute for the eminent but ailing pianist Glenn Gould, for a regular performance with the New York Philharmonic Orchestra. The performance was televised nationally, with Watts playing Liszt’s E-flat Concerto, and his career was launched. From this storied beginning, Watts went on to become the first internationally famous black concert pianist.

Watts was born in Nuremburg, Germany on June 20, 1946 to an African American soldier, Herman Watts, who was stationed in Germany, and a piano-playing Hungarian refugee mother, Maria Alexandra Gusmits. His early childhood was spent on military bases, until at the age of eight his family moved to Philadelphia.

His mother was his first piano teacher. She told Watts about the persistent practicing of her countryman, composer and pianist Franz Liszt, which influenced her young musician son. By age nine Watts had won a competition to perform in one of the Philadelphia Orchestra’s Children’s Concerts. In 1963 he played with Bernstein, and in 1964 at the age of 17 he won a Grammy for “best new classical artist” for his first recording, the Liszt E-Flat Concerto, on the long playing (LP) record “The Exciting Debut of Andre Watts.” By the mid-1960s he became a top concert pianist, with a full concert schedule, including his London debut with the London Symphony Orchestra in 1966. Watts played at the presidential inaugural concert for Richard Nixon in 1969.

Andre Watts fitted studies for his Bachelor’s in Music at the Peabody Institute in Baltimore around his busy concert schedule, graduating in 1972. By the mid-1970s he was playing 150 concert and solo appearances a year. By his 30th birthday he had appeared ten times in the Lincoln Center’s Great Performance Series. The Public Broadcasting System (PBS) telecast his 1976 “Live from Lincoln Center” performance in its entirety, the first prime time, full-length recital aired nationally in the history of television. Watts toured Japan in 1974, and Europe twice in 1975-1976. He has appeared in televised programs numerous times over the years, including those produced by PBS, the British Broadcasting Corporation (BBC), and the Arts and Entertainment Network (A&E).

Somewhat rare for a child prodigy, Watts has sustained a lifelong career in music. His honors are numerous, including being the youngest person to receive an Honorary Doctorate from Yale University at age 26, and being selected in 1988 for the Avery Fisher Prize, one of the top honors for American classical musicians. In 2004 he was appointed to the Jack I. and Dora B. Hamlin Endowed Chair in Music at Indiana University. Turning 60 in 2006, he has continued to maintain a schedule of international performances.