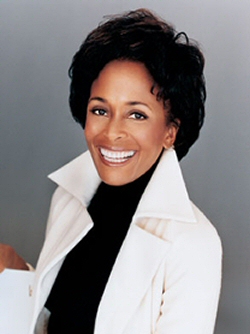 Alyce Faye Wattleton, born in St. Louis, Missouri on July 8, 1943, became both the youngest person and the first African American president of the Planned Parenthood Federation of America, a post she held from 1978 to 1992.  As only the second woman president of the organization (founder Margaret Sanger was the first), Wattleton fought for women’s reproductive rights by expanding the Planned Parenthood Federation of America and its birth control services.

Wattleton’s mother was a traveling preacher and her father a construction worker.  Wattleton moved frequently as a child, and in 1959 she graduated at age 16 from Calhoun High School in Port Lavaca, Texas. In 1964, Wattleton completed a Bachelor’s of Science in nursing at Ohio State University. Three years later, she received her master’s degree in maternal and infant care and became a certified midwife through courses she completed at Columbia University in New York.

Faye Wattleton started her career in medicine by educating younger nurses on birth, delivery, and the labor process, but she is most known and respected for her work and involvement in the national pro-choice movement. At a time when abortion was a new, hot-button issue and few leaders in America dared utter words about women being able to terminate their pregnancies, Wattleton fought against the norm for a woman’s right to have an abortion. In addition to the option of abortion, she fought for women’s reproductive freedom and gender equality.

Wattleton was the first African American woman honored by the Congressional Black Caucus. She was cited for her work on reproductive rights issues.  Wattleton has received over a dozen honorary doctorates and was inducted into the National Women’s Hall of Fame in 1993. Wattleton served on the Sarient Pharmaceuticals Board of Directors for Columbia University. She is currently executive vice president of EeroQ, a quantum computing company she co-founded in 2017.  She is also a member of the United Nations Association of the United States of America, Alpha Kappa Alpha Sorority, Inc., Eisenhower Fellowships Program, and the Jazz at Lincoln Center Foundation.