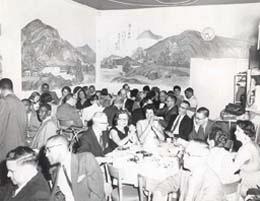 Despite its potential, the board was largely unsuccessful and ineffective due to gross under-funding and administrative weakness. In 1949 only 37 % of Seattle residents were aware of the existence of FEPA and WSBAD, its compliance agency.  The change in the political climate of the United States during the Cold War, and the Red Scare sweeping across the country further undermined the abilities of the WSBAD and the campaign for civil rights.  The ideology of the time proclaimed that to call for civil rights was un-American and even potentially reflected communist political tendencies.  With restricted funds, little governmental support, and few accomplishments to speak of, the WSBAD came to be seen by the mid-1950s as a conservative establishment. Over time the Seattle Urban League, which pursued a conciliatory approach in fighting for civil rights, took on most of the cases the WSBAD was designed to deal with.

The weakness of the board is perhaps a reflection of how seriously the Washington State government of the time took the issue of equal employment. Unlike other major industrial cities of the U.S., Seattle experienced a post-war job market boom because of the success of the Boeing Airplane Company. African Americans however, were largely excluded from this boom. The WSBAD was intended to monitor hiring bias.  However during its period of activity, Seattle African Americans made very little progress in gaining equal access to employment despite the existence of this state agency.

O'Connor, A. (2007, November 06). Washington State Board Against Discrimination. BlackPast.org. https://www.blackpast.org/african-american-history/washington-state-board-against-discrimination/

Quintard Taylor, The Forging of a Black Community; Seattle’s Central District from 1870 through the Civil Rights Era (Seattle: University of Washington Press, 1994).