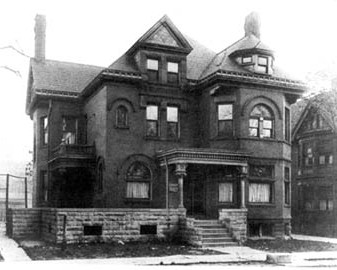 Forrester Blanchard Washington was an African American pioneer in social work first with the Detroit Urban League and later with the Franklin D. Roosevelt Administration. Washington was born in1887 in Salem, Massachusetts.  He graduated from Tufts College (University)  in 1909 and received graduate degrees from Harvard University in 1914 and Columbia University in 1917.  Washington also studied at the New York School of Social Work.

Washington began his career as the first Executive Secretary of the Detroit Urban League in 1916.  He led the Detroit League when the city experienced the rapid growth of its black population during the World War I era migration.  Washington called for equal employment opportunities in Detroit while urging the black migrants to adjust to urban life.

Washington also led the National Urban League affiliate in Philadelphia between 1923 and before moving to the Atlanta School for Social Work in 1926. While in Atlanta, Washington also became president of the local chapter of the National Association for the Advancement of Colored People (NAACP) in 1936 and used the post to challenge and publicize examples of the inequalities faced by African Americans.

In 1934 Washington was appointed Director of Negro Work in the Federal Emergency Relief Administration (FERA) under Franklin Delano Roosevelt.  As Director Washington criticized and publicized the unequal treatment African Americans at the hands of state FERA administrators and white employers. Washington used his post to assert that the federal government had the responsibility of ensuring equal employment opportunities rather than allow them to develop dependency on federal relief.  He called for equal employment and educational opportunities to insure that black workers would be self-supporting.   He also called on fellow social workers to assume an activist political role in advocating both within the Roosevelt Administration and in the private sector for greater work opportunities for African Americans. In the face of continued silence and resistance from the Roosevelt administration, Washington resigned as director of Negro Work at FERA and returned to his post with the Atlanta School for Social Work in 1935.  He remained there until his retirement in 1960.

Forrester B. Washington died in 1963 in Atlanta, Georgia.