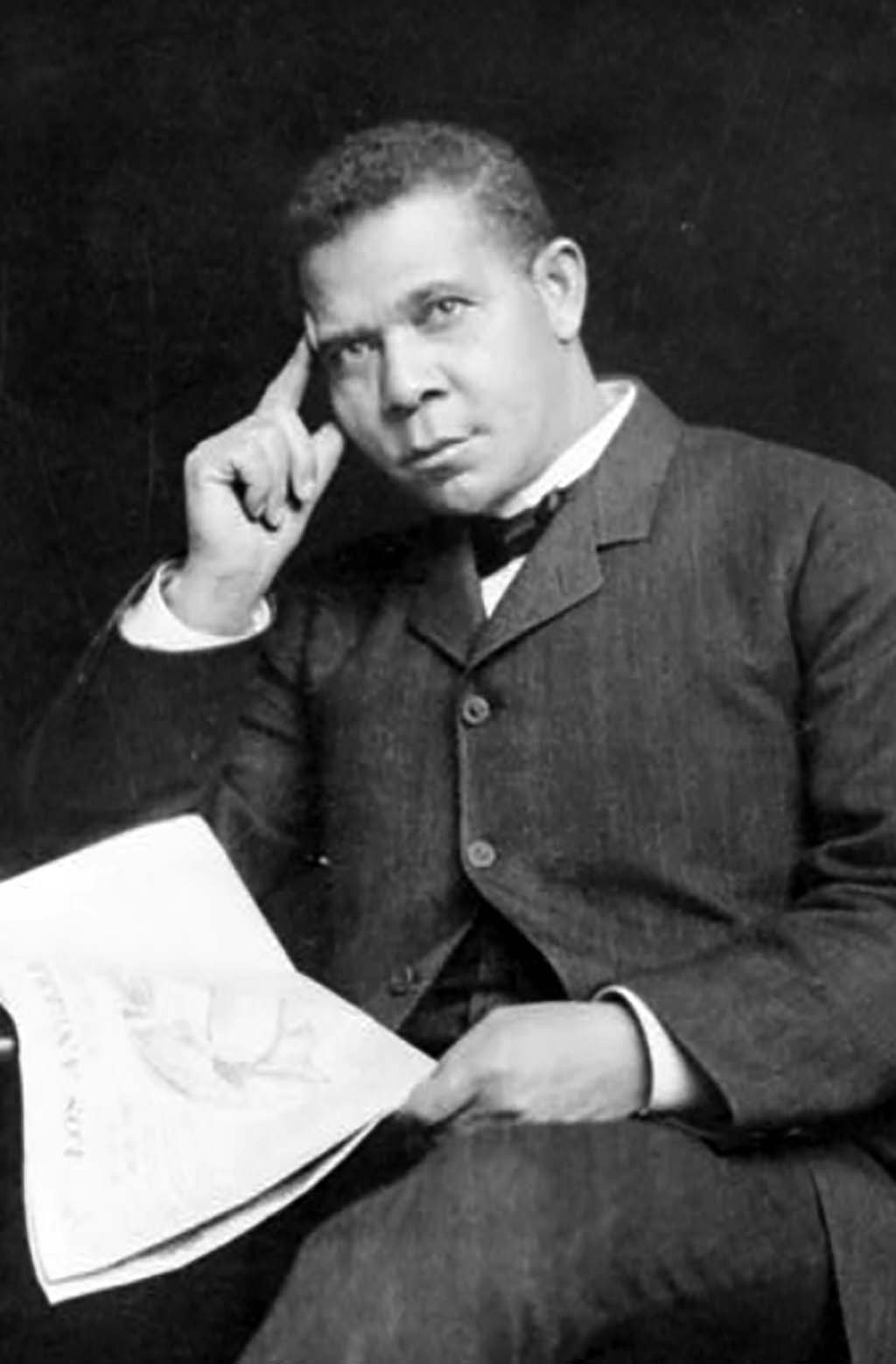 Booker T. Washington is one of the most controversial and dominant figures in African American history. According to his autobiography Up From Slavery (1901), he did not know the exact year, date, and place of his birth or his father’s name. Yet, it is widely understood that he was born enslaved on April 5, 1856 in Hale’s Ford, Virginia. His mother’s name was Jane and his father was a white man from a nearby plantation. At the age of nine, Washington was freed from slavery and moved to West Virginia. He had always been known as simply “Booker” until he decided to add the name “Washington” after feeling the pressure to have two names when he started grammar school.

At the age of 16, Washington began college at the Hampton Normal and Agriculture Institute in Hampton, Virginia. He also attended Wayland Seminary from 1878 to 1879 before returning to teach at Hampton. As a result of a recommendation from Hampton officials, he became the first principal of Tuskegee Normal and Industrial Institute (now Tuskegee University), which opened on July 4, 1881; he remained in this capacity for 34 years until his death in 1915.

As the principal of Tuskegee Institute, Washington had the vehicle and platform to practice and espouse his educational philosophy and theory concerning the advancement of African Americans. In 1895 he was invited to speak at the opening of the Cotton States Exposition in Atlanta, Georgia where he advocated that African Americans could attain their constitutional rights through their own economic and moral progression by becoming efficient at practical skills such as farming, carpentry, and masonry rather than pursuing legal and political means for collective advancement. Moreover, he advanced the idea that African Americans should “compromise” and acquiesce to segregation, a position which garnered him the title of “The Great Accommodator.” Although Washington never publicly condemned forced segregation, Jim Crow laws, or lynching, he secretly contributed funds to the legal fight against them. This apparent paradox, among other actions, prompts the ongoing dialogue concerning the use and complexity of his tactics as scholars and other observers continue to wonder: who is the real Booker T. Washington?

Washington’s contributions to African American advancement, such as his programs for rural extension work and his help in the development of the National Negro Business League, are numerous and so too are his accolades. He was the first African American to be featured on a United States postal stamp in 1940, and on a coin–the Booker T. Washington Memorial Half Dollar–minted from 1946 to 1951. He received an honorary Master of Arts degree from Harvard University in 1896 and an honorary doctorate from Dartmouth College in 1901. At Tuskegee University there is a monument in his honor called “Lifting the Veil” and it reads as follows: “He lifted the veil of ignorance from his people and pointed the way to progress through education and industry.”

Booker T. Washington died at his home on the Tuskegee Institute campus on November 14, 1915.  He was 59 at the time of his death.