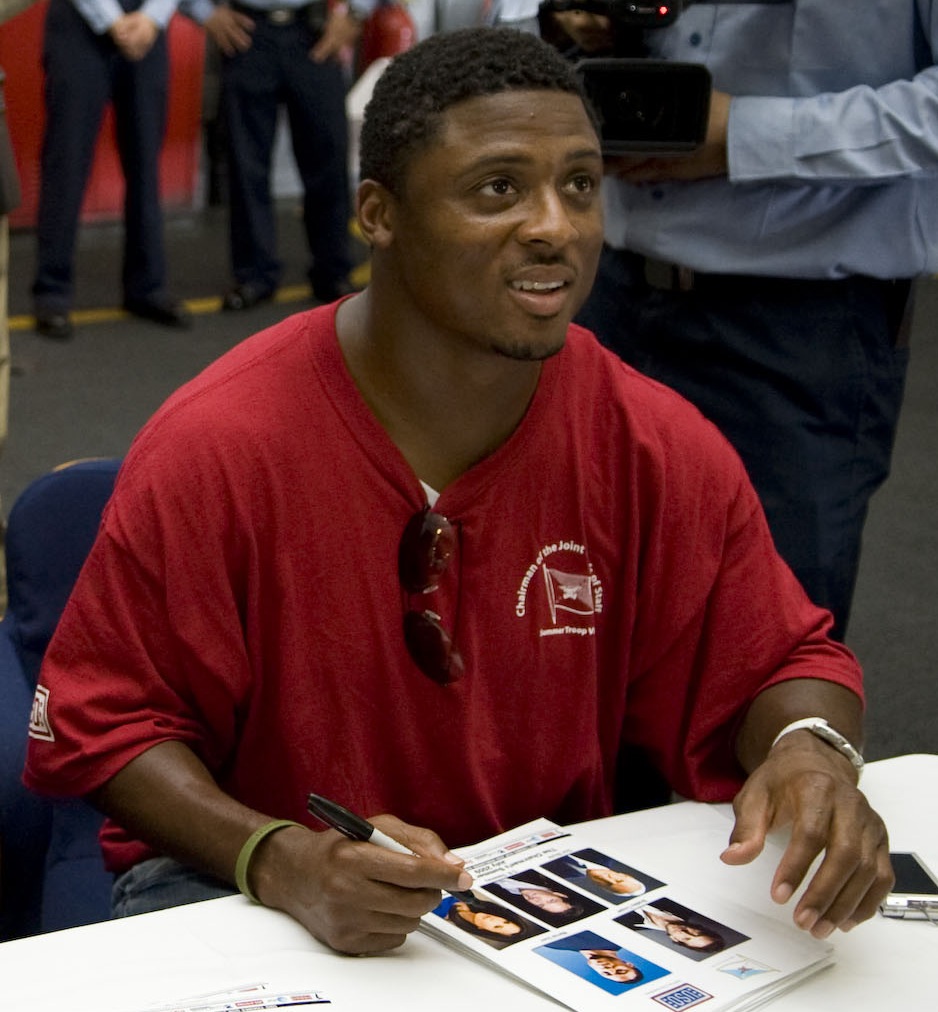 Warrick De’Mon Dunn is a former National Football League (NFL) running back who played for twelve seasons. Dunn was born on January 5, 1975 in New Orleans, Louisiana to single mother Betty Smothers. He attended Catholic High in Baton Rouge and played on the football team as a quarterback, cornerback, and running back. On January 7, 1993, Dunn’s mother, a police officer, was off duty and escorting a local businesswoman to a bank to make a night deposit. The two were ambushed and robbed, and Betty Dunn was shot and killed, leaving him at 18 as the head of his family of five. The three men involved were caught and sent to prison for murder.

Dunn attended Florida State University where he played for the Seminoles football team as a running back and was a sprinter and relay runner with the track team. He won a national championship as a sprinter in 1993. Dunn graduated in 1997 with a BA in information studies. Before his professional football career began he established the Homes for the Holidays program (HFTH), an organization that rewards families with down-payment assistance and complete home furnishings, in honor of his mother. Families are chosen through a partnership with Habitat For Humanity.

Dunn was a 12th overall pick in the first round of the 1997 NFL Draft, for the Tampa Bay Buccaneers. In his rookie year, Dunn was chosen for the NFC Pro Bowl team, and named the Associated Press Offensive Rookie of the Year, and NFL Rookie of the year by Football News, Pro Football Weekly and Sports Illustrated. He was chosen again for the Pro Bowl in 2000, his last year with the team. Dunn became a free agent in 2002 and directed his attention towards establishing Warrick Dunn Charities (WDC), as subsidiary of his HFTH program. Later in 2002 he signed with the Atlanta Falcons and was chosen again for the Pro Bowl in 2005 but was released per his request on March 3, 2008. On March 10, Dunn returned to the Buccaneers after signing a two-year, six-million dollar contract. He was released on February 25, 2009, and he retired from the NFL as 14th all-time in all-purpose yards and 19th in rushing yards. On December 17, 2009, Dunn became a minority owner of the Atlanta Falcons.

After Hurricane Katrina hit New Orleans in August 2005, Dunn challenged all NFL players except for the New Orleans Saints to donate at least $5,000 towards rebuilding efforts. He received over $5 million dollars in contributions and received a Giant Steps Award in civic leadership from former President Bill Clinton and was also presented with the Walter Payton Man of the Year Award by the NFL. Along with other sports figures, Dunn co-founded Athletes For Hope, an organization that helps other athletes get involved in charitable causes. His 2008 autobiography, Running For My Life, details his life and battles with depression. Dunn was awarded the 2009 Bart Starr Award, and a Jefferson Award for Outstanding Athlete in Service and Philanthropy in 2011.

Dunn’s charities have served over 457 single parents and children, furnished 169 homes, and provided over $875,000 in down-payment assistance. Dunn has since expanded his charitable work into additional programs: Count On Your Future, Sculpt, and Hearts for Community Service Scholarships and he is present at the award ceremonies of each of his organizations.