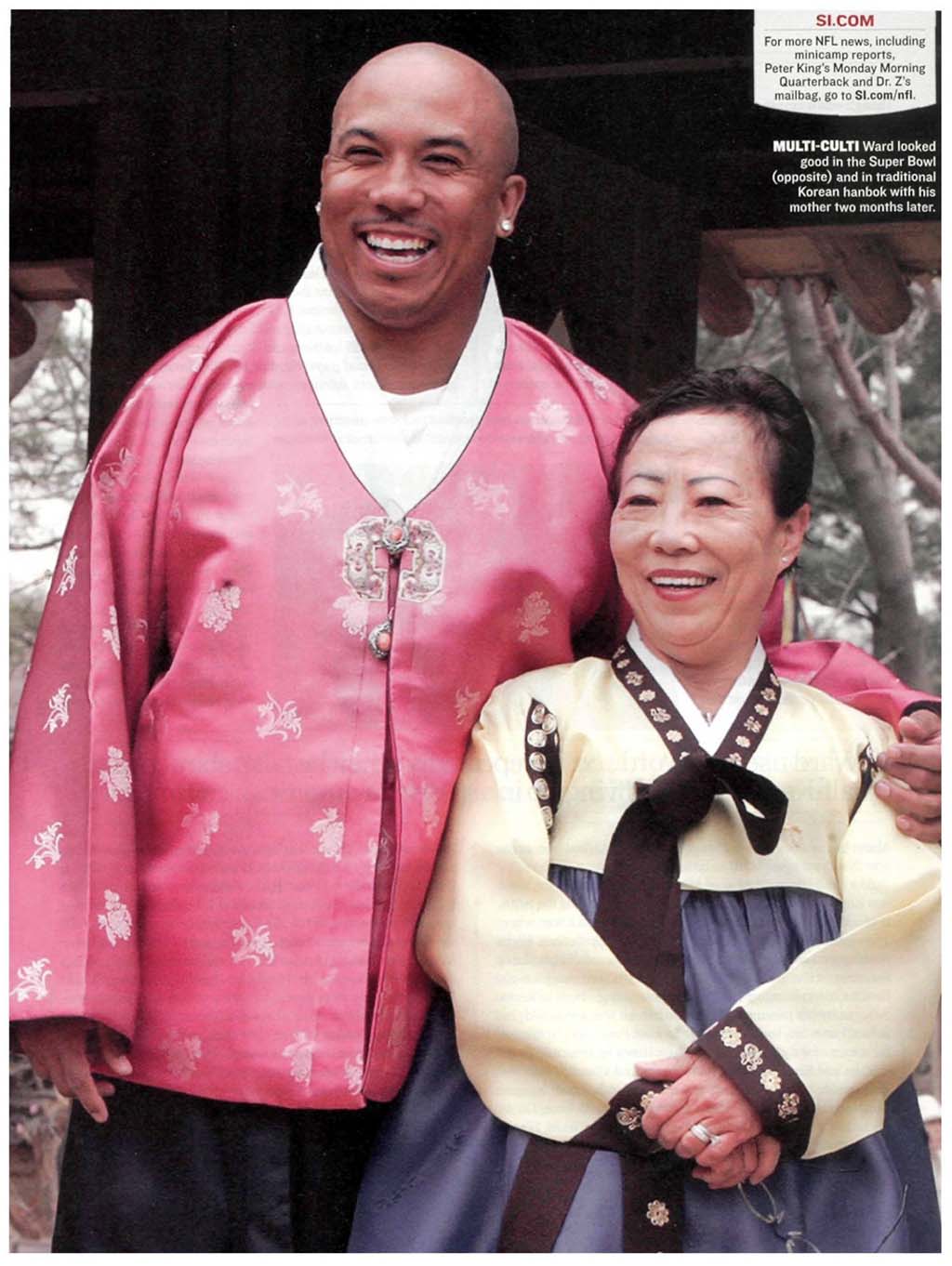 Hines Edward Ward Jr., former National Football League (NFL) football player, was born on March 8, 1976, in Seoul, South Korea. His parents were an African American father serving in the U.S. Army and a Korean mother, Young He. Ward soon moved to Atlanta, Georgia when his father was stationed in Germany. His father abandoned the family when Ward was very young. Subsequently, Ward’s mother would raise him through his formative years.

As a two-sport athlete, Ward excelled in both football and baseball. He became a prep football star quarterback at Forest Park High School in Atlanta and received an athletic scholarship to continue his football career at the University of Georgia. He was also selected in the Major League Baseball (MLB) draft by the Florida Marlins and was offered a $25,000 signing bonus but decided instead to pursue a collegiate football career.

Ward switched from quarterback to wide receiver at the University of Georgia. As a standout player for the Georgia Bulldogs, he was awarded first team All-SEC honors in both his junior and senior seasons. Over the course of his collegiate career, Ward gained 3,870 total yards, second in Georgia football history only to Herschel Walker.

In 1998 the Pittsburgh Steelers selected Ward as the ninety-second pick in the NFL draft. He played all fourteen seasons of his career in Pittsburgh, Pennsylvania. Ward had a successful career with the Steelers that would lead him to team records in receiving yards, receiving touchdowns, and receptions. He would play a key role in the team’s victories in both Super Bowl XL (2006) where he was awarded MVP, and Super Bowl XLIII (2009). Ward’s career accomplishments also included six seasons with over one thousand receiving yards, four Pro Bowl selections, and becoming eighth in the NFL all-time career receptions. He retired after the 2011 season.

Off the field, Ward is outspoken in raising awareness toward issues of discrimination in his birthplace of South Korea. In 2006 after having won his first Super Bowl, Ward visited South Korea with his mother, Young He, for the first time since coming to the United States. While there, he met much fanfare due to his athletic success. He spent a great deal of his time in South Korea, meeting with other multiracial children who often found it difficult to be accepted by the more homogeneous Korean society.

In addition to his athletic career and humanitarian work, Ward has also been featured on numerous publications, including Sports Illustrated, Newsweek, Time, and Esquire, and was named one of Gentlemen’s Quarterly (GQ’s) “Men of the Year” in 2009. After his retirement, he placed first with partner Kym Johnson on ABC’s twelfth season of Dancing with the Stars in 2011. Ward is currently an analyst on Sunday Night Football for NBC.