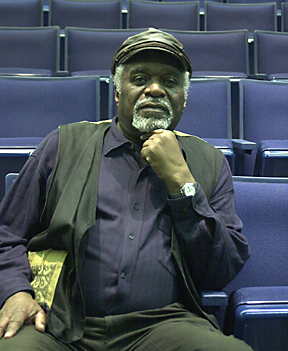 Douglas Turner Ward, an actor, director, and playwright, was considered a legend in African American theatre. Although he has achieved much during his lifetime, his co-founding of the Negro Ensemble Company (NEC) in 1968 ranks as his greatest achievement. NEC has spawned over 200 productions within 35 years. It has been the incubator of opportunity for such talents as Denzel Washington, Phylicia Rashad, Samuel L. Jackson, Angela Bassett, Giancarlo Esposito, Laurence Fishburne, Esther Rolle, Cleavon Little, Frances Foster, Sherman Helmsley, David Alan Grier, and Lynn Whitfield. Playwrights such as Paul Carter Harrison, Charles Fuller, Judy Ann Mason, Joseph A. Walker, Philip Hayes Dean, J. E. Franklin, Endesha Mae Holland, and Aisah Rahman have all found the NEC to be a nurturing environment for the production of their plays. NEC was the flagship theatre for the torrid Black arts movement of the halcyon 1960s civil rights movement.

Ward was born in Burnside, Louisiana, on May 5, 1930, the son of Roosevelt and Dorothy (Short) Ward. His early education was at Wilberforce University and the University of Michigan. His early life was uneventful, save for his flirtation with left-wing causes. He was a journalist in those days but had a hard time making a living. In 1955 he began studying acting with Paul Mann at the Actor’s Workshop in New York, and by 1956 he debuted in Eugene O’Neill’s play, The Iceman Cometh. Later he understudied Sidney Poitier in Lorraine Hansberry’s 1959 Broadway production of A Raisin in the Sun. Around this time, Ward began writing plays. His first two efforts, Day of Absence and Happy Ending, were very successful off Broadway.

Ward, a garrulous, outspoken man, began discussing the lack of opportunity for Black actors and Black theatre. This led to an invitation from the New York Times to write an op-ed piece on the state of Black theatre. Ward accepted and threw down the gauntlet when he wrote, “If any hope outside of chance individual fortune exists for Negro playwrights as a group, or for that matter, Negro actors or other theatre craftsman, the most immediate, pressing, practical, absolutely minimally essential active first step is the development of a permanent Negro company of at least Off-Broadway size and dimension. Not in the future…but now!”

W. McNeil Lowrey of the Ford Foundation read the article and invited Ward and his associates, actor Robert Hooks and theatre manager Gerald S. Krone, to meet with him. The Ford Foundation eventually funded $434 thousand to what eventually became the Negro Ensemble Company.

Ward and his associates used Bertolt Brecht’s famed Berliner Ensemble as a model, a logical choice given Ward’s left-wing past. But Ward also wisely included a training component along with a 15-member acting company. From its first production, Peter Weiss’s Song of the Lusitanian Bogey, NEC became the envy of the theatrical world. The productions were sharp and crisp, the actors on point, the costumes outrageous, and the lighting brilliant. Not one to equivocate, Ward led NEC with an iron hand, acting in some plays, directing others with an eye to the future. But reliance on “soft money” led to a retrenchment when Ford ceased funding the theatre. Ward continued to lead the company for many years but he finally relinquished the artistic directorship of NEC in the late 1990s, leading to his eventual retirement.