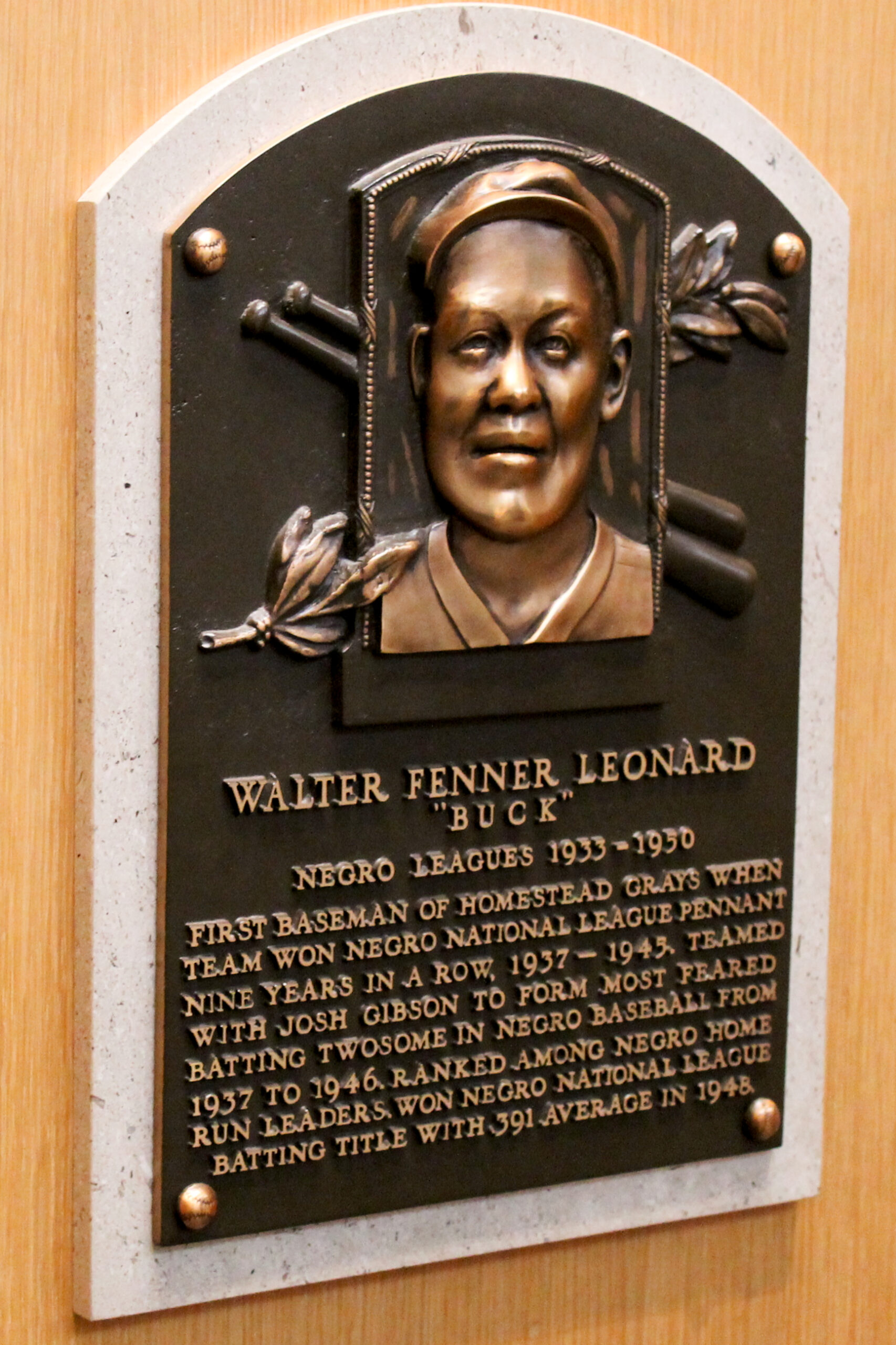 Walter Fenner “Buck” Leonard was a professional baseball player who played first base in the Negro League and the Mexican League. Leonard was born on September 8, 1907 in Rocky Mount, North Carolina to John and Emma Leonard. He had three sisters, Fanny, Willa, and Lena and two brothers, Herman and Charlie. His younger brother Charlie gave him the nickname “Buck” because he had trouble calling him “Buddy,” which was the nickname his parents gave him.

John Leonard died during the World War I-era influenza outbreak when young Leonard was 12. With no high schools in the Rocky Mount area that accepted black students, Leonard began working and took a job on the Atlantic Coast Line Railroad. While working there, he started playing baseball for two Rocky Mount black teams, the Rocky Mountain Elks and Daughtry’s Black Revel (later named Black Swans). After losing his job at the railroad in 1932, Leonard focused on playing professional baseball as a full-time career. In 1933, he joined his first Negro League Baseball team, the Baltimore Stars, where he played first base.

When the Stars went bankrupt later that year, Leonard was signed with the Brooklyn Royal Giants where he played for the rest of the 1933 season. In 1934, Leonard moved to the Homestead Grays after he was recommended by ex-pitcher Smoky Joe Williams to Cumberland (Cum) Posey, the owner manager of the Grays. Leonard teamed up with catcher Josh Gibson and the two were called “The Thunder Twins” because of their frequent home runs. Between 1937 and 1945, the Grays won nine consecutive championships in the Negro National League. They also won in 1948. Leonard remained with the Grays until the team was disbanded in 1951.

In 1952 Leonard began playing in the Mexican Baseball League. He played for four cities in Mexico–Torreon, Xalapa, Durango, and Obregon. In 1955, Leonard officially retired from baseball. After retirement he worked as a school truant officer, a physical education instructor, and started a real estate company. From 1962 to 1972, he was vice president of the Rocky Mount Leafs, a minor league baseball team. From 1973 to 1975, he held the same post with the Rocky Mount Phillies.

In 1972, Leonard was elected to the Baseball Hall of Fame, and two years later he was inducted into the North Carolina Sports Hall of Fame. On April 4, 1986, Leonard suffered a stroke that affected his right side. In 1994, when the Major League Baseball All-Star Game was held in Pittsburgh, Pennsylvania, Leonard was named an honorary captain.