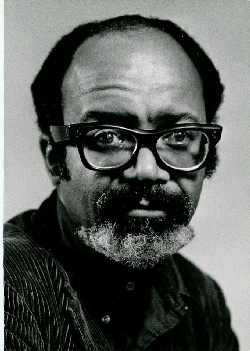 Sociologist Walter L. Wallace was born in Washington, D.C. on August 21, 1927. Educated at Columbia University (B.A., 1954) Atlanta University (M.A., 1955) and the University of Chicago (Ph.D., 1963), he was an instructor at Atlanta University and Spelman College between 1955 and 1957.  From 1960 to 1962 he worked at the National Opinion Research Center in Chicago.  After four years teaching at Northwestern University he became a lecturer at Princeton University in 1971 and remained there until retiring as full professor.

In 1968 Wallace was a visiting scholar and later for several years was staff sociologist at the Russell Sage Foundation and a Fellow of the Center for the Advanced Study in the Behavioral Sciences in 1974.  He was a member of the editorial board of the journals Social Forces, The American Sociologist, and Sociological Quarterly.  He was also a member of the board of trustees of the Foundation for Child Development.  His books include Student Culture (Aldine, 1966), Sociological Theory (Aldine, 1969), The Logic of Science in Sociology (Aldine, 1971), Black Elected Officials (Russell Sage, 1975), Principles of Scientific Sociology (Aldine, 1983), A Weberian Theory of Human Society (Rutgers University Press, 1994), and The Future of Ethnicity, Race, and Nationality (Praeger, 1997).