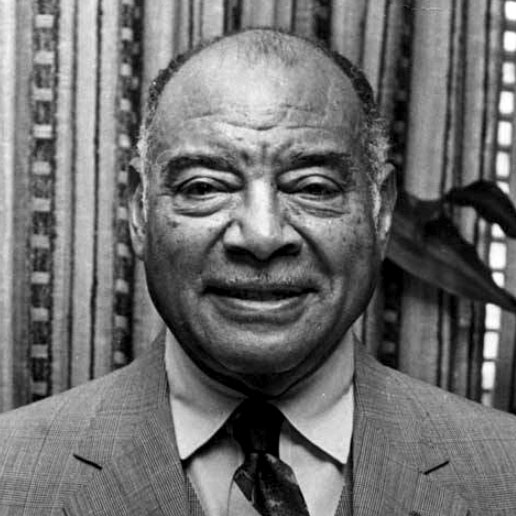 Antonio Walker grew up in Memphis where he attended LeMoyne High School.  He graduated from Fisk University in 1930 with a bachelor’s degree in business administration.  He then attended graduate school at New York University where he earned his master’s in business administration in 1932.  In 1935, he earned a second master’s degree in actuarial science from the University of Michigan.  While in college, Walker worked as an insurance agent for his father’s company, Universal Life Insurance.  After graduate school, Walker worked for Universal Life Insurance in the audit department and was elected to the board of directors in 1935 at the age of 26.

In 1938, Walker married Harriette Ish, and the couple had three children: Lily Patricia, Antonio Maceo, Jr., and Harriette Lucille Walker.  After the death of his first wife, Harriette, he married Charlesteen Miles.

Antonio Maceo Walker, a member of Kappa Alpha Psi and Sigma Pi Phi fraternities, died on June 8, 1994 in Memphis, Tennessee at the age of 85.