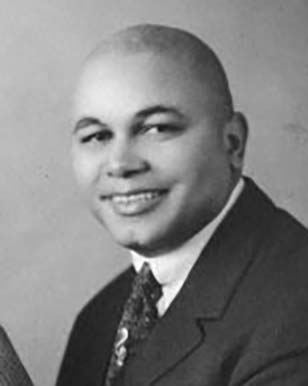 Frank Waldron was one of the most influential musicians and teachers in the first half of Seattle’s 20th century jazz scene. Waldron was born in San Francisco, California in 1890.  By World War I he had moved to the Pacific Northwest and played music at a dance pavilion frequented by soldiers from Camp Lewis (now Fort Lewis.) Following the war he moved to Seattle and immediately established himself as a teacher with a unique style. Waldron was an expert saxophonist and trumpeter, and while many teachers would teach the basics of sight-reading, tonguing, embouchure and phrasing, he added ear-training and improvisation to his instructional techniques.

He opened The Waldron School of Trumpet and Saxophone in 1919 in the heart of Seattle’s nascent jazz district. For the next few decades his students would include some of Seattle’s top musicians including Buddy Catlett, Ron Pierce, Jabo Ward and Quincy Jones. His approach to teaching inspired his students. Clarinetist Ron Pierce recalled: “[Waldron would] say, ‘Play me a seventh chord.’ Now the thing was I had never experienced this kind of thing before. He was a memorizer guy. Then he’d lean over and play a record on the Victrola and show you how Louis Armstrong did it. This guy really turned on my ear.”

Waldron was more than just a teacher, however. In 1924 he published Syncopated Classic, an instructional book featuring advanced saxophone techniques. He played in various bands including the Wang Dang Doodle Orchestra and the Odean Jazz Orchestra. The latter band played downtown Seattle at the Nanking Café at a time when it was rare for black musicians to play downtown and rarer still for bands to be integrated.  Waldron died in Seattle in 1955