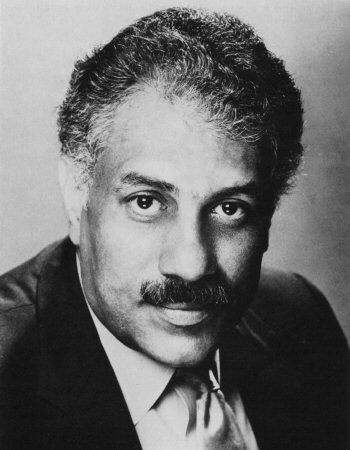 Alton Ronald Waldon Jr. was the first African American Congressman elected from Queens, New York.  Waldon was born in Lakeland, Florida on December 21, 1936. He attended Boys High School in Brooklyn, New York and after graduation in 1954 joined the United States Army.  Discharged in 1959 Waldon attended John Jay College in New York City where he received a Bachelor of Science in 1968.  He received a J.D. from New York Law School in 1973.

While still in college Waldon joined the New York City Housing Authority’s police force in 1962 and served until 1975 when he was appointed deputy commissioner of the State Division of Human Rights. He also served as assistant counsel for the Office of Mental Retardation and Developmental Disabilities.

In 1982 Waldon was elected to represent the Thirty-third District in the New York Assembly, where he served until his election to Congress.

On April 10, 1986, Sixth District Congressman Joseph Addabbo died in office.  In the special election that followed in June, Waldon defeated Floyd H. Flake, a prominent African Methodist Episcopal Church minister, and was sworn into Congress on June 10, 1986. He was seated on the Committee of Education and Labor and the Committee on Small Business.

While in Congress, Waldon worked for sanctions against the government of South Africa and opposed Republican efforts to provide covert aid to Angolan rebels who were supported the South African government.  Waldon also introduced a resolution calling on President Reagan to participate in a summit with leaders of countries bordering South Africa. Waldon supported anti-drug abuse legislation and sponsored resolutions that urged the formation of a national task force on the problem of functional illiteracy.

During the regular election in November 1986 Waldon was challenged by and lost to Flake.  Waldon served in Congress for only six months from June 10, 1986 to January 7, 1987. At the end of his term, Waldon was appointed to the New York State Investigation Commission. In 1998 Waldon again ran for Congress but was defeated. One year later, he became a member of the New York State Senate.  Since 2000 he has served as a judge on the New York State Claims Court. Waldon is a member of Sigma Pi Phi fraternity.