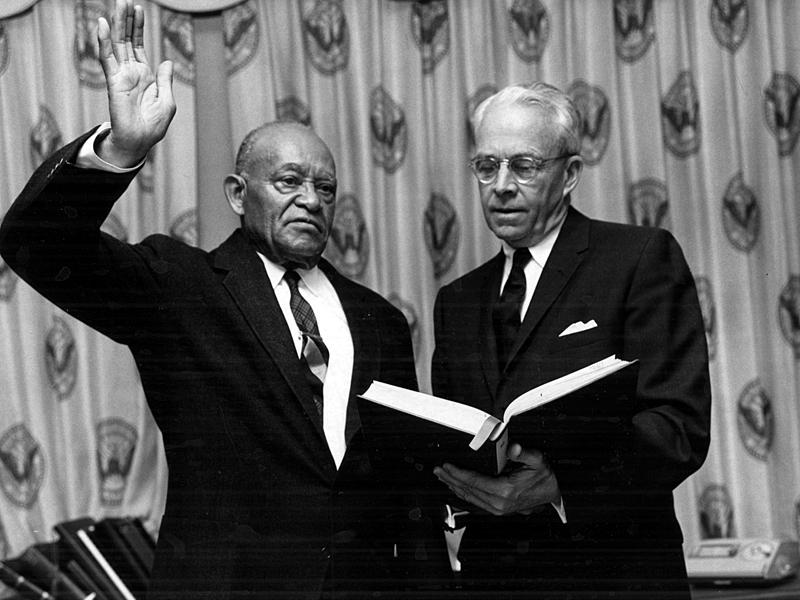 Austin Thomas (A.T.) Walden, a noted attorney and civil rights leader, was one of few African American lawyers in Georgia during early 20th century.  Walden was born in Fort Valley, Georgia on April 12, 1885 to former slaves Jennie Tomlin and Jeff Walden. He was the only graduate in the class of 1902 at Fort Valley High and Industrial School.

Walden entered Atlanta University, earning his B.A. in 1907, and then attended the University of Michigan Law School where he earned a law degree in 1911.  Walden moved to Macon, Georgia that year and became one of the few African American men who dared to pursue a legal career in the state.  In 1917 he joined the army and served as a captain and assistant judge advocate during World War I. He received an honorable discharge from the service in 1919, returned home and moved his law practice from Macon to Atlanta.

Walden spent the remainder of his life in Atlanta where he would become well known for his leadership roles in various community organizations such as the Butler Street YMCA, the Atlanta University Alumni Association, the Atlanta Branch of the National Association for the Advancement of Colored People (NAACP), and the Wheat Street Baptist Church. He began his political life as a Republican with his move to Atlanta and soon became Chair of the Republican Party Executive Committee for the Fifth Congressional District of Georgia.

In 1940 Walden switched to the Democratic Party where he remained active for 25 years. Recognizing the importance of voter participation and the need to increase black registration, Walden founded the Atlanta Negro Voters League. Through the League’s efforts, the level of black voting increased in the late 1940s.  More black voters resulted in tangible community benefits such as street and sewer improvements and the hiring of black policemen in African American neighborhoods.

In the late 1940s Walden litigated the equalization of pay for black and white teachers in Atlanta. He also fought for the desegregation of Atlanta public schools in a series of lawsuits. In 1948 he founded the Gate City Bar Association for African American lawyers because they were excluded from the white legal association in the city.  Additionally, he served as legal counsel for Citizens Trust Company, Mutual Federal Savings and Loans Association, and the National Baptist Convention.

Alden married Mary Ellen Denney, a Baltimore public school teacher, and the couple had two daughters, Jenelsie and Austella.  He also joined Sigma Pi Phi fraternity.  Walden retired from his law practice in 1963 and opened a nonprofit community counseling office.  One year later, however, Atlanta Mayor Ivan Allen Jr. appointed him to serve as a judge for the Atlanta Municipal Court making him the first black judge in Georgia since the Reconstruction. Austin Thomas Walden died on July 2nd, 1965 in Atlanta at the age of 80.