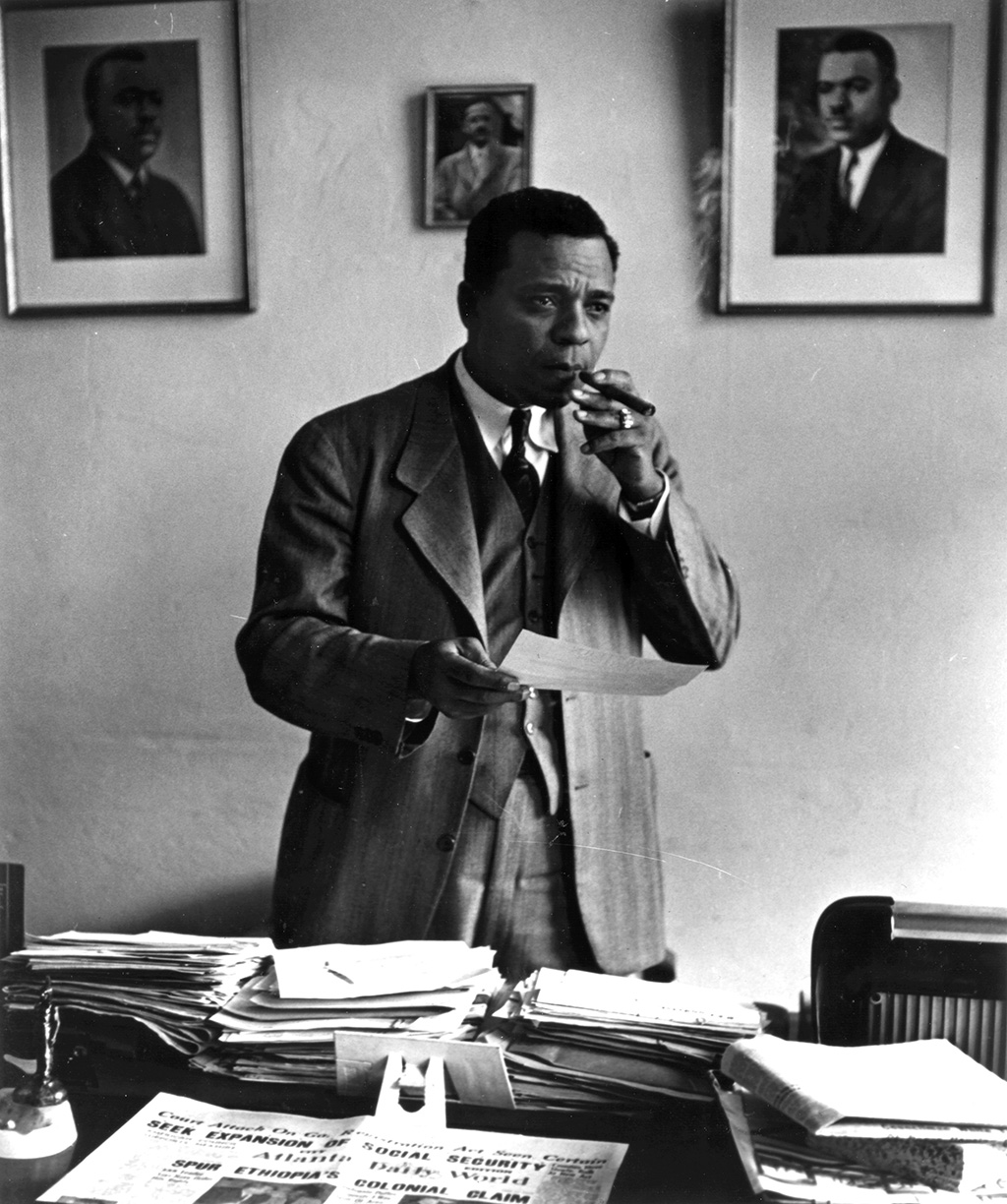 William Alexander Scott II, the founder of the Atlanta Daily World newspaper, was born in 1902 in Edwards, Mississippi. Scott, who was educated at Morehouse College around World War I, initially began publishing a business directory in Atlanta. However, he was interested in encouraging conversation and interaction among the black residents of Atlanta so, with the encouragement of black business owners in the city, he began to publish the Atlanta Daily World on August 5, 1928.  At the time Scott was 26.

The Atlanta newspaper began as a weekly paper, gradually publishing on a bi-weekly basis by 1930. On March 13, 1932, the newspaper went into daily distribution, becoming the first African American paper in the nation to achieve that status. With the closure of the Atlanta Independent the following year, the Daily World became the black community’s sole newspaper.

Although Scott credited much of his success with the Atlanta Daily World to his mother, Emmeline Scott, he also took advantage of the opportunity to publish a major black newspaper in rapidly growing Atlanta. Using subscription agents to go door to door, he developed a readership that eventually stretched beyond the Georgia capital.  He also promoted the paper as a business venture rather than as a tool for politicians and thus was able to attract advertising from both black and white businesses including national companies such as Sears and Coca-Cola as well as prominent local businesses.  In 1931 Scott developed the Chattanooga Tribune and the Memphis World, the first two of what would eventually become a chain of fifty newspapers.

William A. Scott did not live to see all of his plans for the newspaper business come to fruition. He was shot and killed outside of his own home in 1934. No one was ever convicted of his murder.

Younger brother Cornelius Adolphus Scott (1908-2000) took over the operation after his death.  C.A. Scott, as he was generally known, was educated at Morehouse and Morris Brown Colleges in Atlanta and the University of Kansas.  He continued to publish news of general interest to black Atlanta but he also steered the newspaper toward politics.  A prominent conservative Republican, the editorial pages now reflected his views.

The Daily World however did continue to cover police brutality cases, lynchings, and the Scottsboro cases throughout the 1930s, and supported efforts to promote black businesses. In the 1940s it campaigned against school segregation and the mistreatment of black soldiers in World War II.  The paper also supported voter registration campaigns.  In 1944, the Daily World became the first black newspaper to have an African American cover the White House.

By the 1960s C.A. Scott opposed the sit-ins and other direct action protests that swept across Atlanta and the South. He argued that challenging school segregation, voter registration, and the growth of black wealth through business ownership would be more effective strategies for ending racial oppression

C.A. Scott stepped down as publisher of the Atlanta Daily World in 1997 after sixty three years at the helm of the newspaper.  Alexis Scott, granddaughter of W.A. Scott, was named publisher. Three years later in May 2000, Cornelius Adolphus Scott died in Atlanta at the age of 92.

The Atlanta Daily World now publishes once a week, on Thursdays, and updates news and information on a daily basis via the newspaper’s website on the internet.