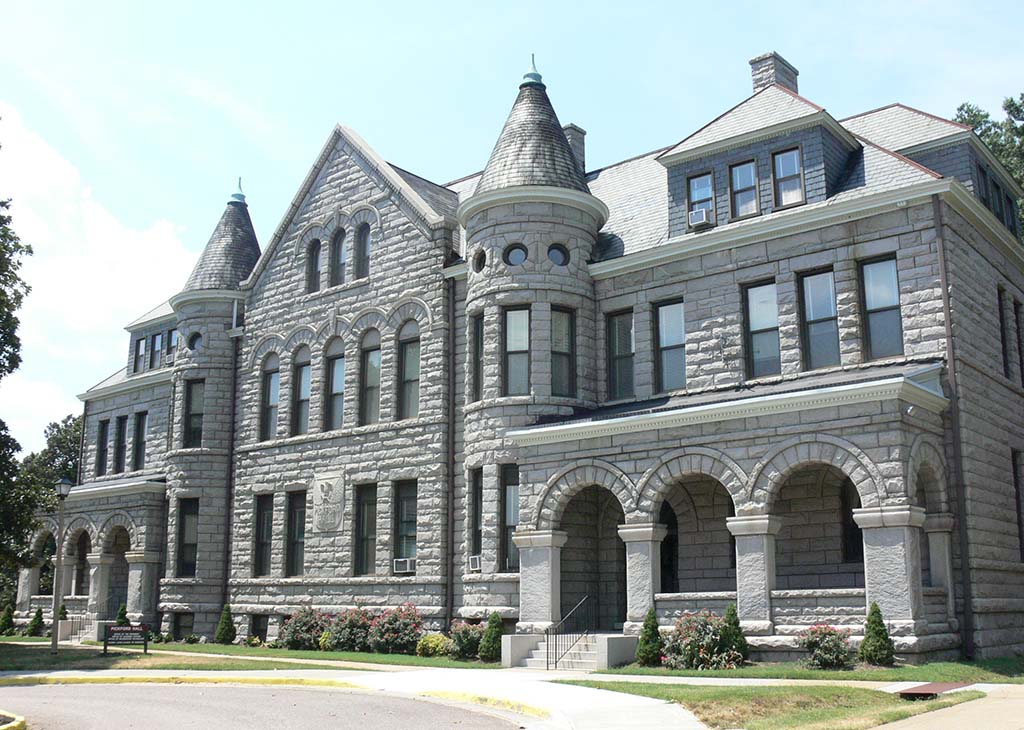 Virginia Union University, a historically black university located in Richmond, Virginia, traces its roots back to the Wayland Seminary, founded in 1865 by the American Baptist Home Missionary Society (ABHMS). The institution, however, is the result of the merger of four institutions: Wayland Seminary, Richmond Theological Seminary, Hartshorn Memorial College, and Storer College.

Following the surrender of the Confederacy in 1865, branches of the National Theological Institute in Washington, D.C. and Richmond, Virginia decided to establish separate schools in Richmond to educate ex-slaves. The Washington organization received a $1,500 grant from the Freedmen’s Bureau and established Wayland Seminary, named after Dr. Francis Wayland, former president of Brown University and a leader in the anti-slavery struggle. Among Wayland’s most prominent alumni are Adam Clayton Powell, Sr. and Booker T. Washington.

The Richmond Theological Seminary was initially established in 1867 at Lumpkin’s Jail, a former holding place for runaway slaves by Reverend Nathaniel Colver, an abolitionist.  Colver secured a lease at Lumpkin’s Jail in the summer of 1867 and began teaching courses in the autumn of that year. In 1868 he handed the school over to Dr. Charles Henry Corey, a former chaplain in the Union Army, due to his declining health. The ABHMS Board honored Colver by naming the school the Colver Institute. The Institute became the first in the South to employ African American teaching assistants and faculty and in 1876 began offering curricula which included preparatory, academic, and theological. The school was also incorporated by the Virginia General Assembly in 1876 under the name the Richmond Institute. It later became the Richmond Theological Seminary.

In 1883, the ABHMS established Hartshorn Memorial College, one of the first institutions created exclusively for the education of African American women. By the 1890s the ABHMS pushed plans to merge Wayland Seminary and Richmond Theological Seminary.  In 1899 they became Virginia Union University.

The first classes at Virginia Union met on October 1, 1899. Dr. Malcolm MacVicar, a native of Scotland, was named the first university president. In 1932, the school became a co-ed institution with the merger of Hartshorn Memorial College. In 1941, Dr. John Malcus Ellison, a graduate of Virginia Union, became the university’s fourth president and the first African American president. In 1964, Storer College, founded in 1867 by Free Will Baptists, and formerly at Harpers Ferry, West Virginia, also merged with Virginia Union, becoming the fourth component of the university.

Virginia Union University today enrolls approximately 1,500 students including 330 at the graduate level. The university offers programs in multiple disciplines including Business, Education, Law, and Theology. Its most famous alumni include Samuel Lee Gravely, the first African American Admiral in the Navy, Randall Robinson, founder of TransAfrica, and Douglas Wilder, the first black governor of Virginia.