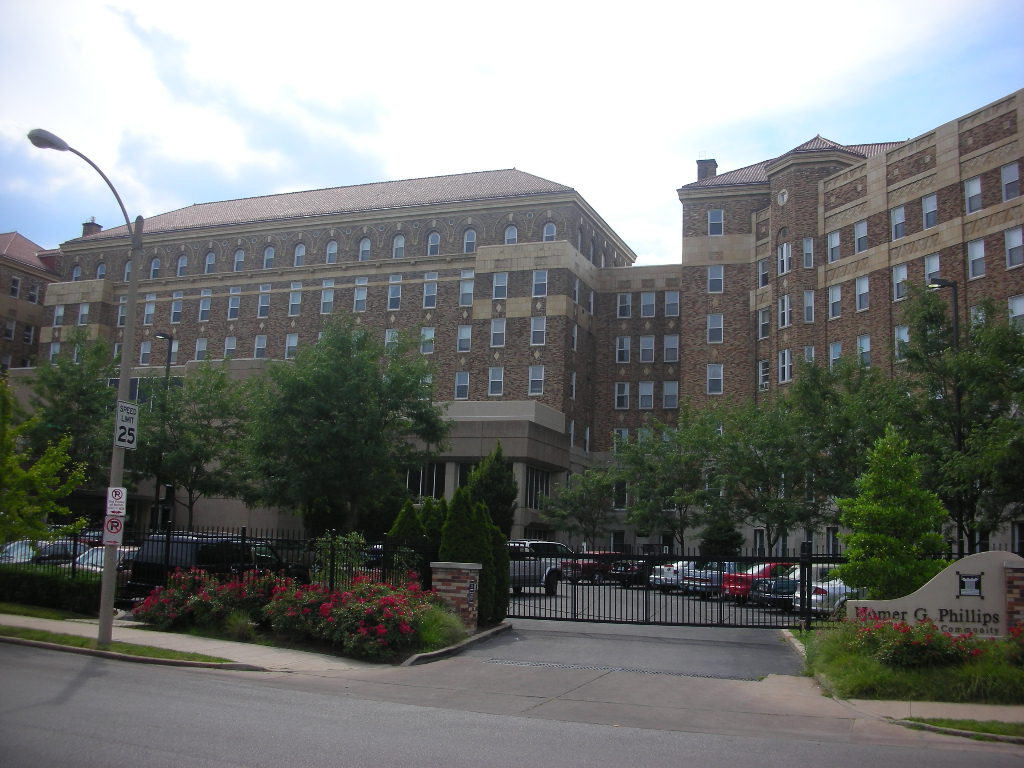 By the 1880s a small but steady stream of African Americans migrated to the community for employment opportunities and better housing.  As the black population grew native white, Irish and German residents relocated to other sections of the community and established restrictive covenants to exclude black residents.  The blacks of Elleardsville began to call their section of the community, “the Ville.”

In 1910, Sumner High School, named after the famous Massachusetts abolitionist and U.S. Senator, was relocated to the Ville.  Sumner High was originally built in what is now downtown St. Louis in 1875.  At the time it was the first high school for African Americans west of the Mississippi River.  Black parents petitioned the St. Louis school board to relocate the school to the Ville to escape the pool rooms and saloons near its downtown location.

Other significant black institutions were established in the Ville which insured its emergence as a black middle class community. The St. Louis Colored Orphan’s home was located in the community in 1922 thanks to a generous contribution from hair-care pioneer and philanthropist Annie Turnbo Pope Malone.  Annie Malone arrived in St. Louis from Illinois in 1902 and began making and selling beauty products to African American women.  One of her early salespersons was Sarah Breedlove who upon embarking on a similar and ultimately more successful venture, became Madam C. J. Walker.  Malone however did well enough to build a manufacturing plant in St. Louis which she located in the Poro Building in the Ville, across the street from Sumner High School.  She also created Poro Beauty College which was in Poro Building.

In the late 1920s, Homer G. Phillips, a lawyer and community leader who resided in the Ville, led a successful effort to build a hospital in the community.  Phillips was assassinated in 1931, six years before the hospital opened.  When it did in 1937, the hospital had a 177-bed capacity and became one of the few black teaching hospitals in the nation.

Malone’s manufacturing plant employed well over 200 women, many of whom would otherwise have been relegated to domestic service.  With their incomes they were able to purchase homes in the community.  Stowe College and Philips Hospital, employed even larger numbers (the hospital had 900 employees in 1984). These institutions ensured that the Ville would be an elite African American community in St. Louis and one of the most prosperous black neighborhoods in the nation.  Not surprisingly the Ville was the center of African American cultural life in St. Louis through the 1950s.

Grace Bumbry, renowned opera star and Chuck Berry, the legendary rock and roll pioneer musician were both natives of the Ville while Tina Turner and Roscoe Robinson, Jr., who became the first black four-star general in the U.S. Army, grew up there.