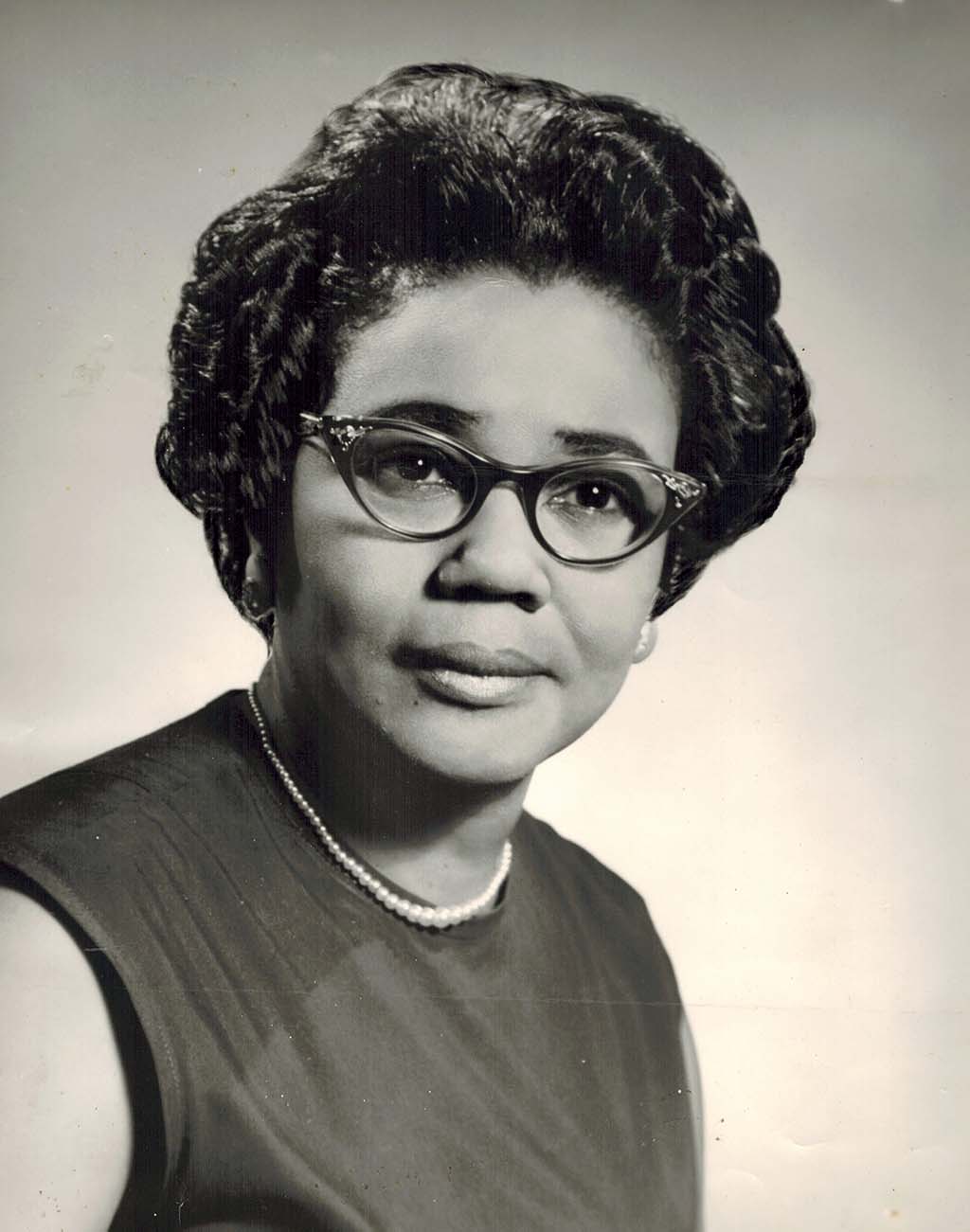 Victorine Quille Adams was a Baltimore Public School teacher, business manager of the Charm Center, founder of the Colored Women’s Democratic Campaign Committee, co-founder of Woman Power, Incorporated, and the first African American Baltimore City Councilwoman. She was a native Baltimorean whose contributions sought to improve political participation, economic opportunity and equity for all.

Born on April 28, 1912, to Joseph Quille and Estelle Tate Quille, she graduated from Frederick Douglass High School in 1928 and Morgan State College in 1940. After graduating from Morgan State, she entered the segregated Baltimore Public School system as a teacher. In 1943, Adams became one of five women who chartered the National Council of Negro Women, Baltimore section. These women were influenced by Mary McLeod Bethune, founder of the national organization, who was nearby in Washington, D.C.

In 1946, Adams founded the Colored Women’s Democratic Campaign Committee which encouraged black women to register to vote and recruited them to run for public office. Their efforts resulted in the election of two African Americans firsts–attorney Harry A. Cole as the first African American in the Maryland State Senate in 1954, and Verda F. Welcome as the first woman state senator in Maryland in 1962. Welcome was the first black woman elected to a state senate anywhere in the nation.

In 1948, Adams opened the Charm Center, the only black owned and operated clothing store for women in Baltimore. Through the store, she created Project Beauty and Charm, which was a six-week course offered to women over 18. Project Beauty taught its students to improve their poise, charm, and appearance.

Ten years later, in 1958, she and Ethel P. Rich co-founded Woman Power, Incorporated to mobilize black women for political action/ power, community involvement, and educational commitment. They believed that every woman could teach something and every woman could learn something. Men were welcome to join the Minute Men, an affiliate of the WP. Two notable male members were Carl Murphy, the publisher of the Baltimore Afro-American newspaper, and Willard W. Allen, owner of an insurance company.

In 1966, Victorine Adams ran successfully for the Maryland House of Delegates. She resigned after a year and won a seat on the Baltimore City Council, becoming the first black woman to serve on that body. During her tenure, she created the Baltimore Fuel Fund, a public-private partnership that raised money to provide impoverished families financial assistance for heating costs. The Fund was replicated in other cities.

Early during her career, she married William Adams on July 28, 1935. Their union produced no children, however, their philanthropy provided a number of African Americans the opportunity to pursue higher education. On January 8, 2006, Adams died from a poorly differentiated adenocarcinoma of the left parotid gland. She is buried in Arbutus Memorial Park in Arbutus, Maryland. She was 93 at the time of her death.