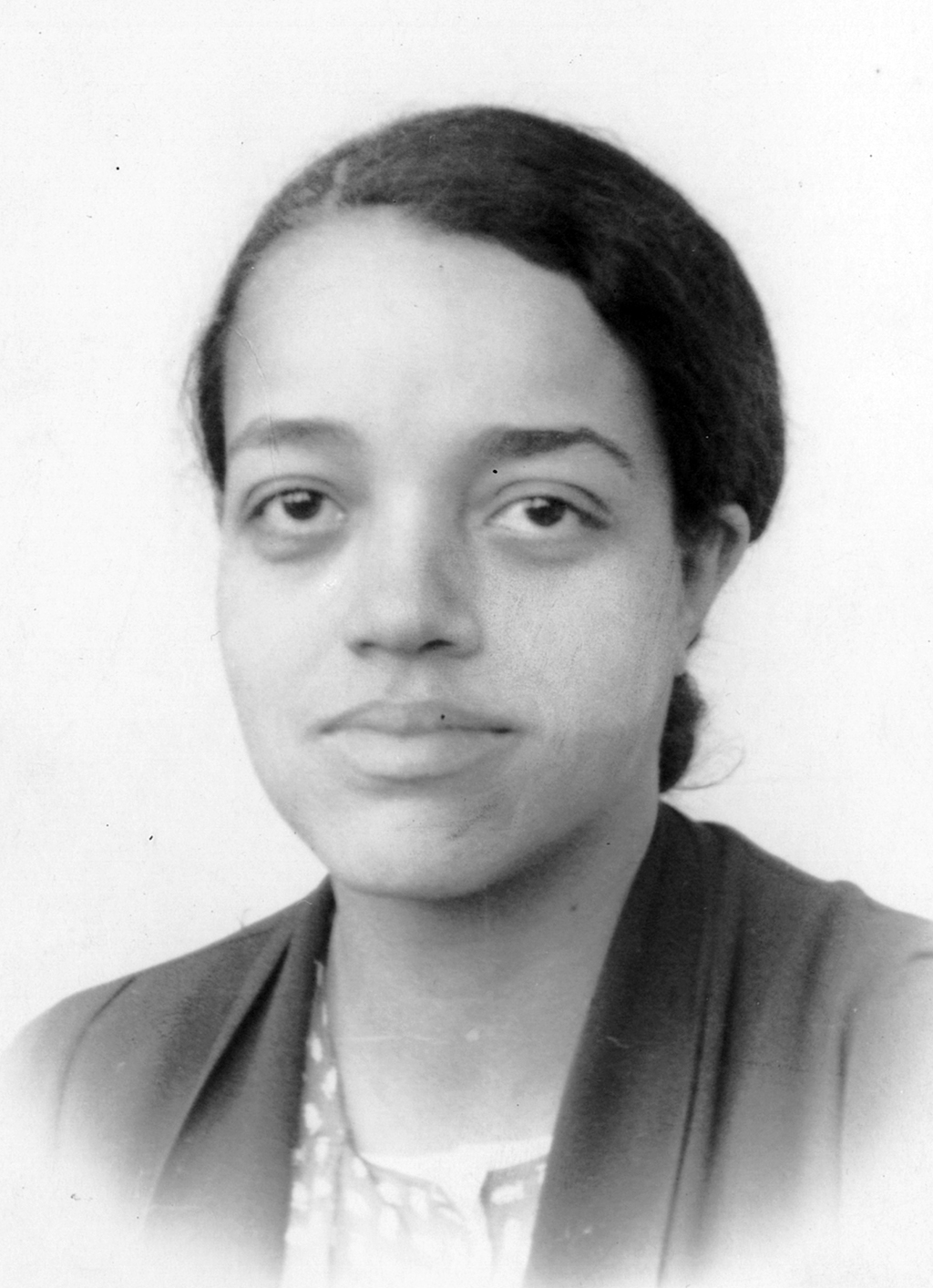 Dorothy Johnson Vaughan was a teacher who became a leading mathematical engineer in the first aerospace program with the National Advisory Committee for Aeronautics (NACA), and the first African American woman promoted to supervisor in the program.

Vaughan was born in Kansas City, Missouri, on September 20, 1910, to Leonard and Anne Johnson. Her family moved to Morgantown, West Virginia, in 1917. In 1925, she graduated from Beechhurst High School with a full academic scholarship to Wilberforce University in Ohio. She joined Alpha Kappa Alpha Sorority (Zeta Chapter) and graduated with a bachelor’s degrees in mathematics and French in 1929. After college, Vaughan accepted a position as a math teacher at Robert Russa Moton High School in Farmville, Virginia. In 1932, she married Howard Vaughan and moved to Newport News, Virginia.  The couple had six children, Ann, Maida, Leonard, Kenneth, Michael and Donald.

In 1943, Vaughan took what she thought would be a temporary position with NACA, (now NASA) at the Langley Memorial Aeronautical Laboratory in Hampton, Virginia. She was assigned to West Area Computers, a segregated group that consisted of all African American women mathematicians. These women provided critical information to the engineers conducting aeronautical experiments by testing performance and durability for new space equipment. Noted mathematician Katherine Johnson was temporarily assigned to Vaughan’s group while stationed at Langley. Despite working among white counterparts, the women were required to use segregated dining, bathroom, and living quarters. Vaughan traveled back and forth daily to work, using public transportation.

Vaughan was appointed acting supervisor of the program in 1949, after the death of her manager and thus become the first African American woman to be promoted in the agency.  It took two years, however for her to achieve permanent status in that position. Vaughan remained with NASA for the next twenty-eight years in various positions until her retirement in 1971. St. Paul’s AME Church in Newport News, Virginia, honored Vaughan for being a member for over fifty years, where she was involved in missionary work and the church’s music ministry.  She was also a benefactor to the Phyllis Wheatley YWCA in Washington D.C., and a member of their Silver Bells organization.

Vaughan died of natural causes at the age of ninety-eight on November 10, 2008, in her hometown of Hampton, Virginia. She is survived by four children, ten grandchildren, and fourteen great grandchildren.

In 2016, Vaughan was featured in the film Hidden Figures, which stars Taraji P. Henson, Octavia Spencer, and Janelle Monae.  The film focused on three African-American at NASA who calculated flight trajectories for Project Mercury and Apollo 11 in the 1960s. In doing so, it documented the careers and contributions of Katherine Johnson, Mary Winston Jackson, and Vaughan who is portrayed by Octavia Spencer in the film.