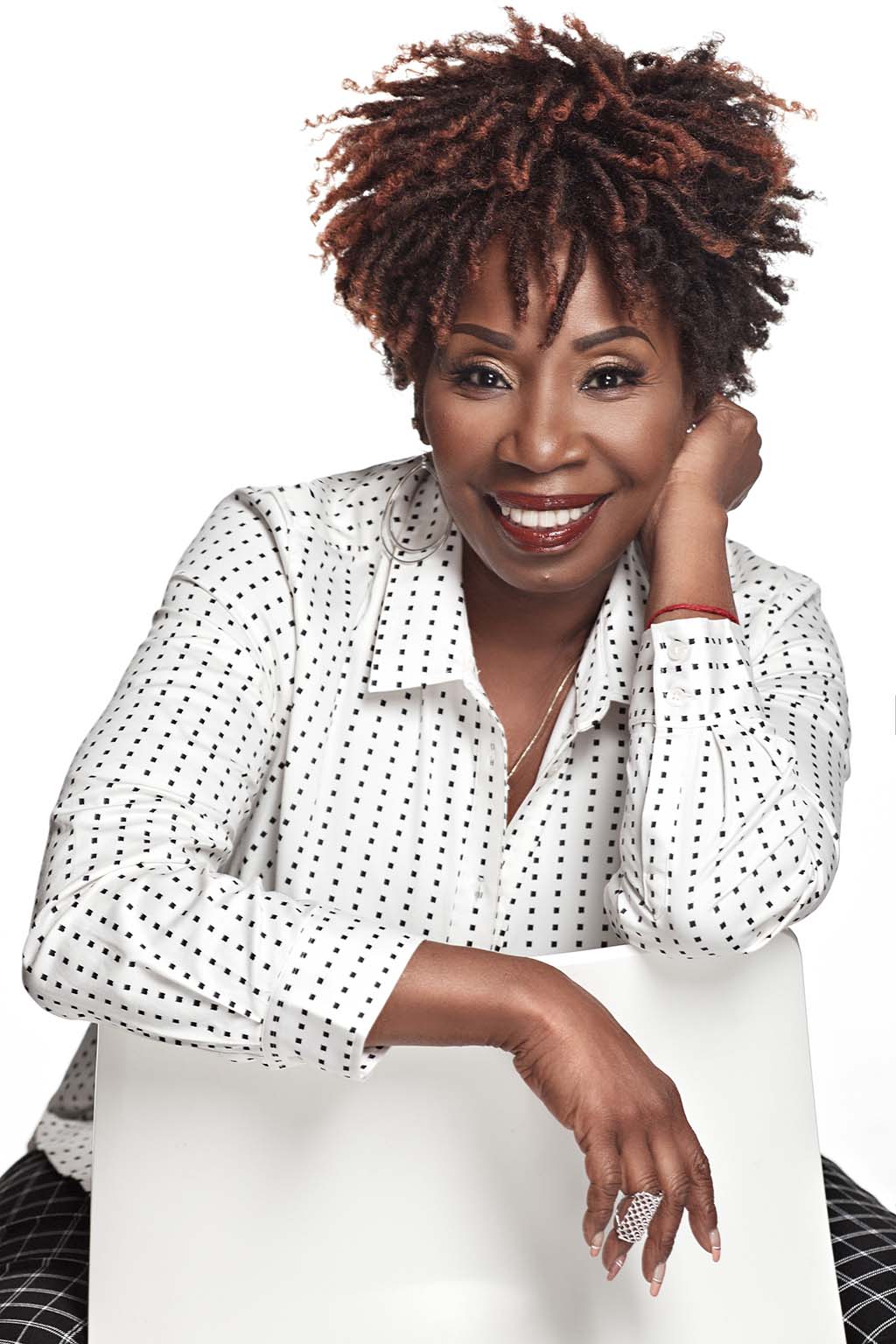 Rev. Dr. Iyanla Vanzant was born as Rhonda Eva Harris in Brooklyn, New York on September 13, 1953. In 1983, after being ordained as a Yoruba priestess, she renamed herself Iyanla, meaning “great mother.”  Vanzant is now a famous relationship coach, author, TV host, ordained minister, and motivational speaker.

Rhonda Eva Harris was born in the back of a taxi to Sarah Jefferson, a railroad car maid. Her father, Horace Harris, a petty criminal, was largely absent from Rhonda’s life.  When Sarah Jefferson died from breast cancer in 1957, Rhonda went to live with various paternal relatives, one of whom raped her at the age of nine.  She gave birth to her first child, Gemmia in 1969, her second Daman in 1974, and third, Nisa in 1979.  Frequently assaulted by her first husband she finally fled the violence in 1980 at the age of 27 with three young children to rear.

Feeling unfulfilled working in the legal field, Vanzant wrote Tapping the Power Within: A Path to Self-Empowerment for Black Women, the first of several books designed to teach pre-employment skills to marginalized women. Eventually she published 15 titles including four on the New York Times Best Sellers list.  Her sales totaled eight million copies.

After hearing Iyanla as a radio host, Oprah Winfrey invited her to appear 20 times on the Oprah Winfrey show from 1998-1999.  With the confidence gained from these appearances, Vanzant developed a TV program in 2001 that was cancelled after one season.  Vanzant blamed Winfrey for the program’s failure and the two remained estranged for the next 10 years.

Misfortune continued as book publishing contracts were cancelled and Adeyemi Bandele, Vanzant’s husband of seven years, filed for divorce. After her first born child, Gemmia, passed away to colon cancer on Christmas Day 2003 at the age of 34, Vanzant fell into bankruptcy, a suicidal depression, and homelessness. Her experience inspired another best seller book, Peace from Broken Pieces, which led to a career revival and a public reconciliation between Vanzant and Winfrey on TV in 2011.  Vanzant now hosts “Iyanla: Fix my Life” on the Oprah Winfrey Network (OWN).