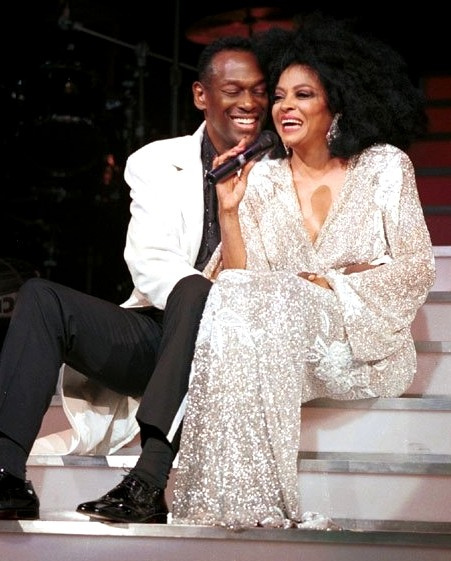 Singer and entertainer Luther Vandross was born in Manhattan, New York City, New York on April 20, 1951. As a child he was influenced to seek a music career like his older sister, Patricia Van Dross, who was a member of an all-girl R&B group, The Crests, in the late 1950s. The death of his father, Luther Vandross Sr., left him with only his mother, Mary Vandross, at the age of eight. Vandross started working with a vocal group at William Howard Taft High School with friends Carlos Alomar, Robin Clark, Anthony Hinton, and Diane Sumler in 1969. In 1969 and 1970, his group performed on episodes of PBS’s Sesame Street. Vandross dropped out of high school in 1970 to pursue a music career.

Vandross’s big break came in 1975 when his friend, Carlos Alomar, introduced him to English pop star David Bowie. Shortly afterwards Vandross went on tour with Bowie who was promoting his 1975 album Young Americans. The tour introduced Vandross to a large national audience but he mostly worked with or behind other artists.

In April 1981, Vandross signed with Epic Records and started working on his debut album Never Too Much, which was released in August. The single from the album, also called “Never Too Much,” climbed to No. 1 on the R&B charts. The album reached the top of the R&B charts and eventually went double platinum.

Aside from making his own music, Vandross produced the songs of other artists including David Bowie, Diana Ross, Aretha Franklin, Whitney Houston, Mariah Carey, and Dionne Warwick. He appeared on Family Feud, Saturday Night Live, The Tonight Show, Soul Train, Oprah, and The Rosie O’Donnell Show.

Vandross’s philanthropic career was distinguished as well. He donated to and gave benefit concerts for the United Negro College Fund and the American Diabetes Association. He performed at Michael Jackson’s Heal the World Concert in London in 1990. Two years later, in 1992, he dedicated his “The Christmas Song” to benefit the Special Olympics.

Vandross was in entertainment business for 35 years, but his career was cut short when he passed away on July 1, 2005, in New Jersey. He died due to complications from a stroke he suffered in 2003 while completing his final album, Dance With My Father. He was 54.