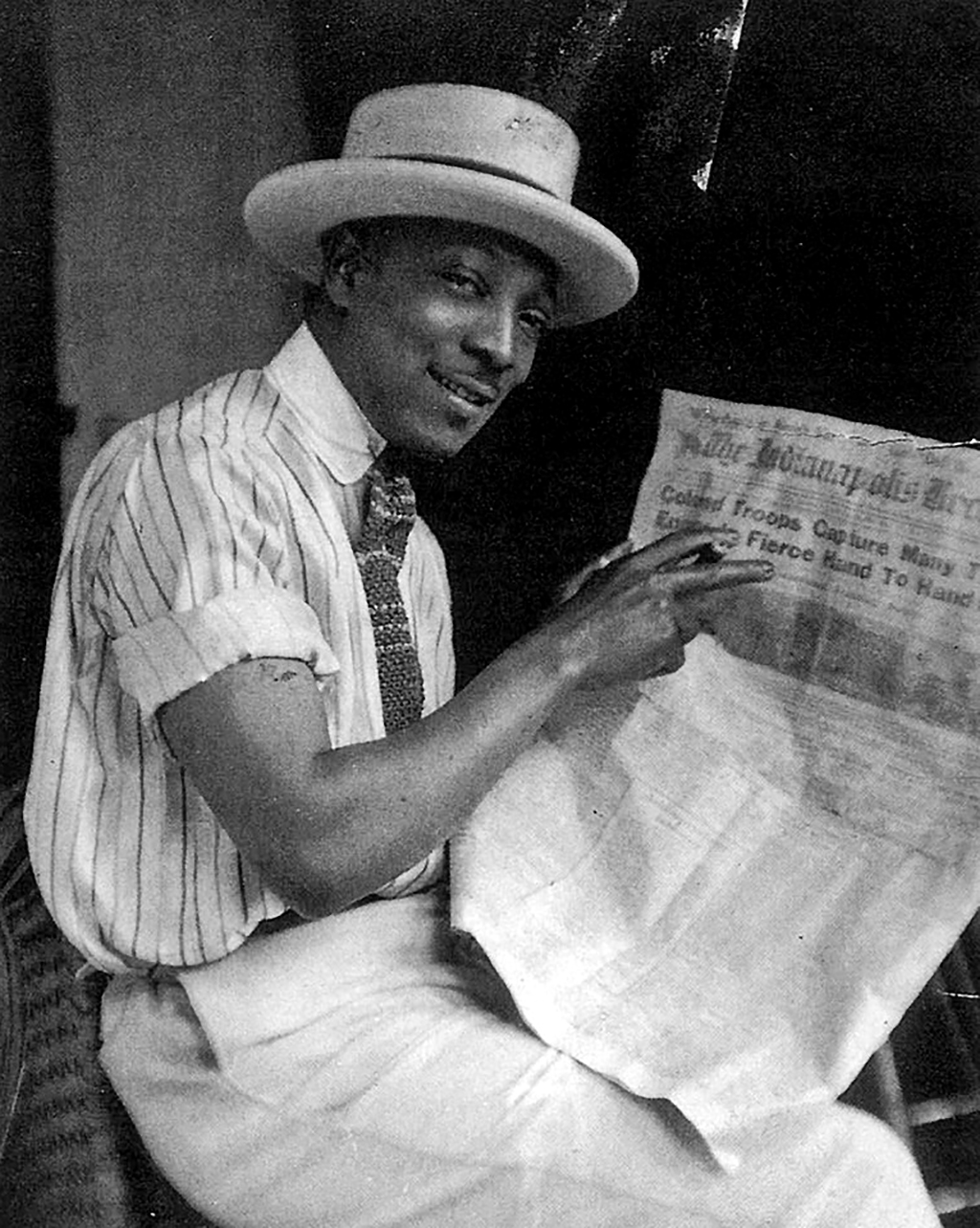 James VanDerZee was an African American photographer during the Harlem Renaissance who was best known for his pictures that captured the lives of African Americans in New York City, New York. He had a gift for capturing the most influential individuals and riveting artistic moments of the era.  Early 20th century black activist Marcus Garvey, black entertainer/ dancer Bill “Bojangles” Robinson and renowned black poet Countee Cullen were among his more prominent subjects.

VanDerZee was born in Lenox, Massachusetts in 1886.  He demonstrated a gift for music and initially aspired to a career as a professional violinist.

VanDerZee’s other interest was photography. At the age of fourteen he received his first camera as a result of a magazine promotion. His interest in photography led him to take hundreds of photographs of his family and the town of Lenox.  As one of the first people in the town to own a camera he was able to provide a rich early documentation of community life in small town New England. As always VanDerZee’s photography incorporated his own distinctive flair.

James VanDerZee moved to New York City in 1906 to work with his father and brother as waiters and elevator operators. By now a skilled pianist and aspiring professional violinist, he was also the primary creator and one of the five performers in a group known as the Harlem Orchestra.

In 1915 VanDerZee moved to Newark, New Jersey where he was employed as a darkroom assistant and later a portraitist in a portrait studio.  He returned to New York in 1916 and moved to Harlem just as large numbers of black migrants and immigrants were arriving in that section of the city.  He set up his first portrait studio in his sister’s music conservatory and two years later, with his second wife, Gaynella Greenlee, established the Guarantee Photo Studio in Harlem.  Soon VanDerZee would become the most successful photographer in Harlem.

By the early 1930s VanDerZee’s income from his photography work declined partly because of the strained economic circumstances of many of his customers and partly because the growing popularity of personal cameras reduced the need for professional photography. VanDerZee responded by shooting passport photos, doing photo restorations, and taking other miscellaneous photography jobs, an approach he would employ for over two decades.

In 1967 James VanDerZee’s work was rediscovered by photographers and photo-historians and he then received attention far beyond his Harlem community.  VanDerZee came out of retirement to photograph celebrities who in turn promoted his work in exhibits around the nation.  His images were also the subject of books and documentaries.

James VanDerZee died in Washington, D.C. on May 15, 1983.  Ten years later the National Portrait Gallery exhibited his work as a posthumous tribute to his remarkable genius.

James VanDerZee, Drop Me Off in Harlem (Washington D.C., The Kennedy Center, 1922: Photographs).