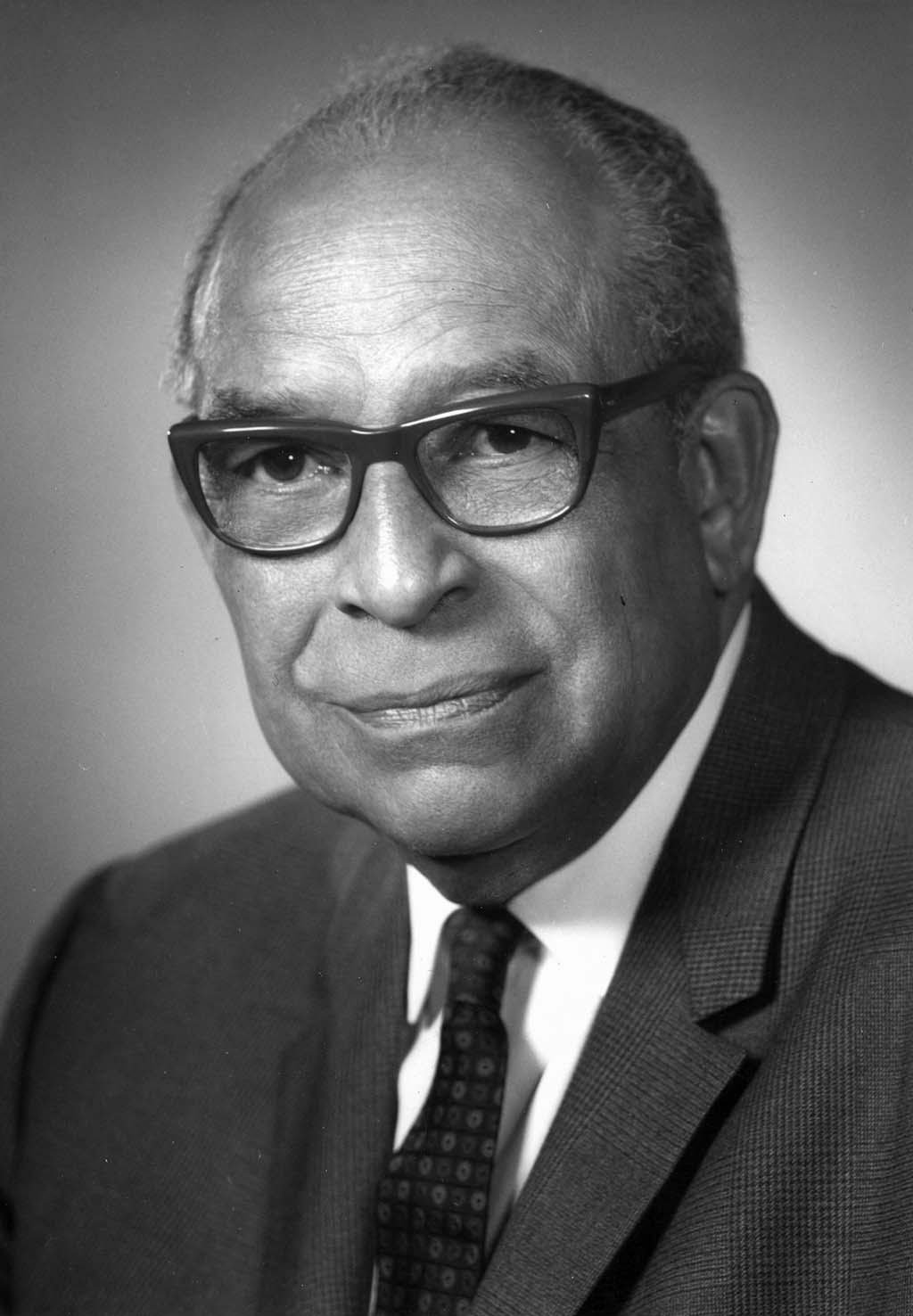 Dr. DeNorval Unthank, a civil rights advocate and a highly respected leader in the black community of Portland, Oregon, was born in Allentown, Pennsylvania on December 14, 1899.   After his mother died, Unthank’s father sent him to live with an aunt and uncle in Kansas City, Missouri.  Unthank attended the University of Michigan and the University of Kansas where he graduated with a B.A. degree.  He then received a medical degree from Howard University in 1926.

Unthank was recruited to Portland in 1929 because the city’s small African American community did not have a black doctor.  Unthank and his wife, Thelma Shipman, were quickly tested as white neighbors greeted their first attempt to move into a previously all white residential area with broken windows, threatening phone calls, and general harassment.  Unthank had to move his family four times before finding a place to settle down peacefully.

Throughout the 1930s, Dr. Unthank was Portland’s only black medical practitioner.  He was a dedicated doctor and a friend to any minority group in the city as well.  Black families could not receive treatment in hospitals – house calls were necessary, and Dr. Unthank made himself available day and night.  He served African Americans, Asians and many whites as well.

Dr. Unthank was politically active and was outspoken in his support of civil rights and equal opportunity.  In 1940, Dr. Unthank was elected head of the Advisory Council, an organization that hoped to pressure local leaders into providing equal access to economic opportunities related to WWII jobs.  The Council documented incidents of discrimination in the workplace around Portland despite raised expectations following President Franklin Roosevelt’s signing of Executive Order 8802.  On Dec. 5, 1941, the Council organized a mass meeting to promote an official letter of protest to federal authorities about Portland’s situation.

During and after World War II, Dr. Unthank worked tirelessly to build his medical practice and promote civil rights.  He became the first black member of Portland’s City Club in 1943.  He encouraged the club to publish a significant 1945 study called “The Negro in Portland,” which opened the eyes of many citizens to ongoing discriminatory practices.  Dr. Unthank also served as president of the local chapter of the NAACP, and was a co-founder of the Portland Urban League.  He played a strong role in the passing of Oregon’s 1953 Civil Rights Bill, which among many issues, overturned a law banning interracial marriages in the state.

In 1958, the Oregon Medical Society named him Doctor of the Year.  In recognition of his service to civil rights, grateful citizens pressed the city to dedicate DeNorval Unthank Park in North Portland in his honor in 1969.  Dr. Unthank once said, “A Negro may have a few more doors closed to him and he may find them a little harder to open, but he can open them.  He must keep trying.”