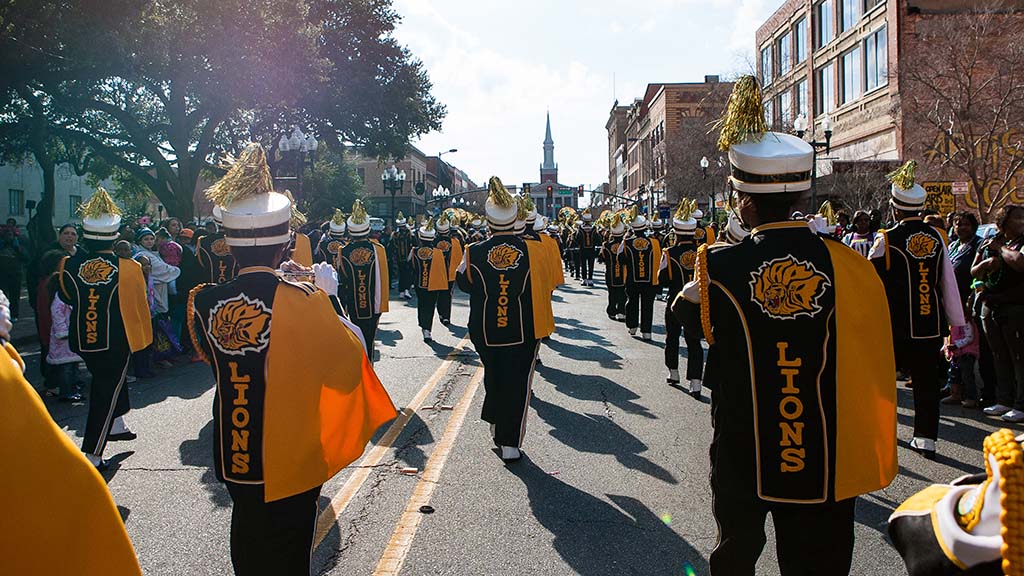 The university was founded as the Branch Normal College and was nominally part of the “normal” (education) department of Arkansas Industrial University which later became the University of Arkansas. It expanded under the 1890 amendments to the Morrill Land-Grant Colleges Act which required states that closed their colleges and universities to blacks to establish a separate institution for them. The new college also expanded its curriculum to provide training in agriculture and mechanics as well as practical education for the laboring classes.

In 1927 the institution severed its ties with the University of Arkansas and became known as Arkansas Agricultural, Mechanical & Normal (AM&N) College. It rejoined the greatly expanded University of Arkansas System in 1972 as a full campus within the state educational complex. It also adopted its current name and university status with that affiliation.

Currently, enrollment at the University of Arkansas Pine Bluff is approximately 3,525 with African Americans comprising 95% of the student body. The top three educational programs offered at the University are business, nursing, and criminal justice.  Since 1988 the university has developed a reputation as one of the leading research institutions in aquaculture (fish farming). It has Arkansas’s only comprehensive program in that field which is a $1.2 industry in the Mississippi Delta region.