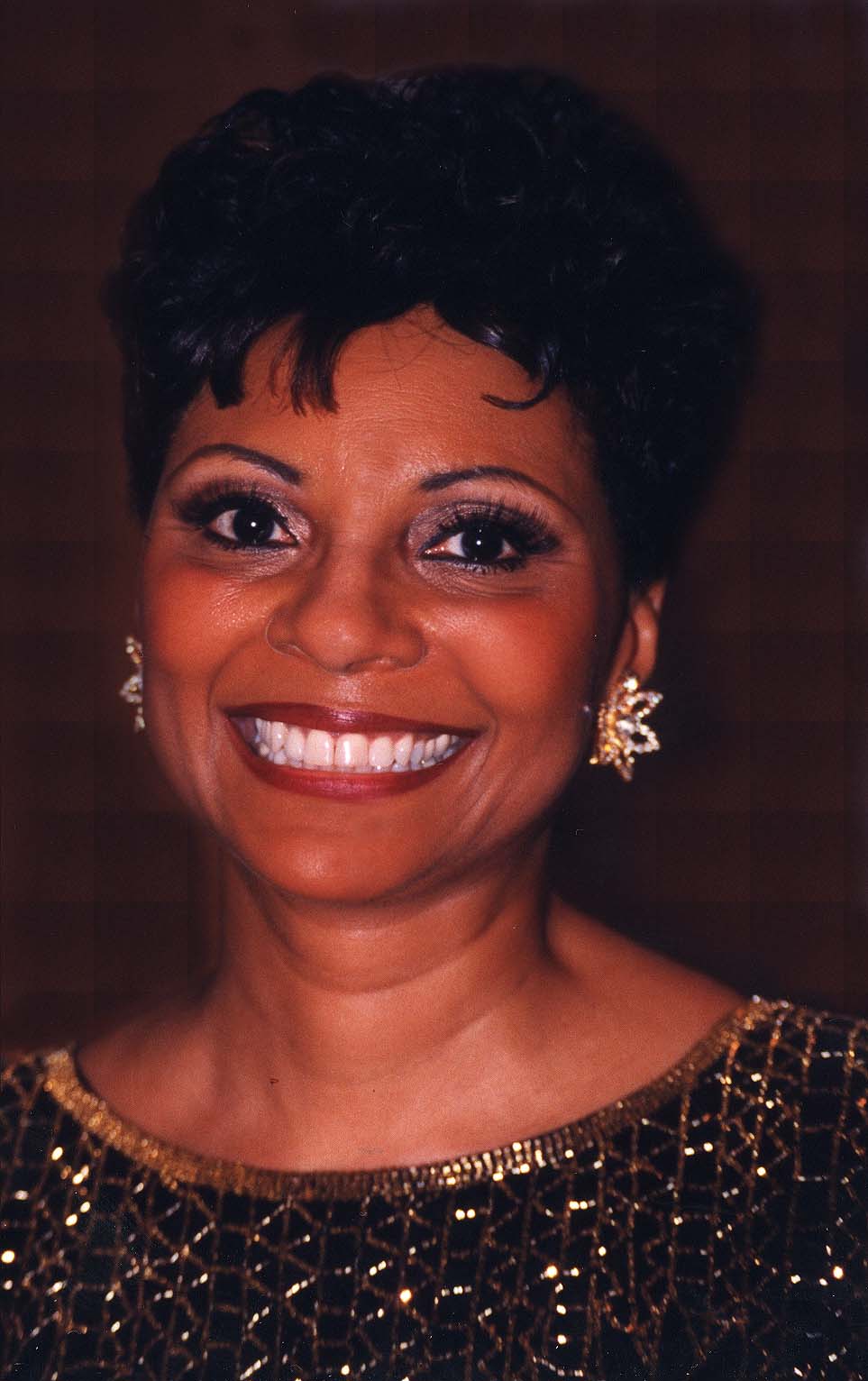 Leslie Uggams, actress, singer, entertainer, and recording artist, was born in New York City, May 25, 1943 and grew up in a four-room house in the Washington Heights section of Manhattan.  Her father, Harold C. Uggams, worked as a train porter, elevator operator, and professional floor waxer and once sang in the Hall Johnson Choir before they became well known.  Her mother, Juanita Smith Uggams, worked as a waitress and nanny before becoming a line dancer at the Cotton Club in Harlem along with Lena Horne.

Ms. Uggams was educated at the New York Professional Children’s School, a school founded for child Broadway performers. As a student, she served as editor of the yearbook and president of the student body.   After graduation in 1961, Uggams attended the Julliard School, majoring in theory and composition from 1961 to 1963 but did not graduate.

Uggams began performing in 1949 at age six in a nationally televised series called Beulah and starring Ethel Waters in the title role. At the age of nine Uggams opened for Louis Armstrong, Ella Fitzgerald, and Dinah Washington at the Apollo Theatre.  Over the next few years she appeared on The Milton Berle Show, The Arthur Godfrey Show, and became a regular on Sing Along With Mitch.  In the early 1960s Mitch Miller helped secure her a recording contract with Columbia Records for which she recorded ten albums.  By 1964, following the cancellation of the Miller show and struggling to break from her “Shirley Temple” image, she began singing at the Copacabana.

Uggams’ Broadway debut began when Lena Horne walked off the Hallelujah Baby! project in 1967, and she replaced her.   Her debut won her the 1968 Tony Award for Best Actress in a Broadway Musical Comedy.  Other Broadway performances include Blues in the Night, Anything Goes, King Hedley II, Thoroughly Modern Millie, and On Golden Pond along with James Earl Jones. She became internationally-known for her role as “Kizzy” in the televised version of Alex Haley’s Roots for which she received an Emmy nomination.  Other awards include receiving a Golden Globe Nomination in 1977, the Critics Choice Award for Best Supporting Actress in 1978, and an Emmy as co-host of the NBC-TV series Fantasy.

In 1969 Uggams hosted her own show, The Leslie Uggams Show on CBS-TV, however, the series was cancelled mid-season.  Other television performances include Sizzle and Christmas at Radio City Music Hall.  In 1972 she made her film debut opposite Charlton Heston in Skyjacked followed by Black Girl, directed by Ossie Davis.

Leslie Uggams continues a rigorous concert schedule and has appeared with several regional orchestras.  Her latest CD, On My Way to You – The Songs of Marilyn and Alan Bergman, has received strong reviews.