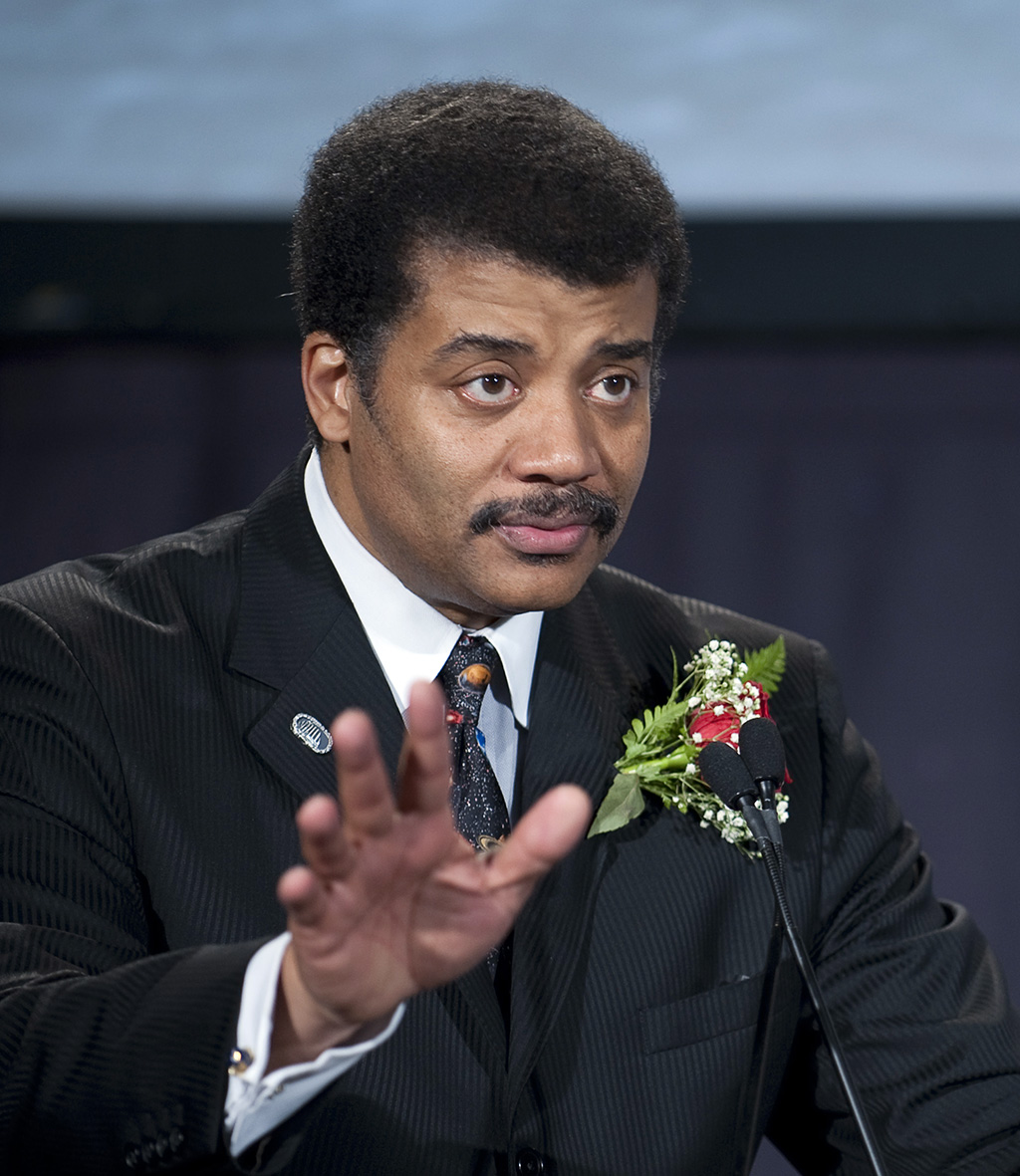 Neil deGrasse Tyson is an American astronomer and astrophysicist and Frederick P. Rose Director of the Hayden Planetarium in New York City. Tyson was born on 5 October 1958 to Sunchita Feliciano Tyson and Cyril deGrasse Tyson, a sociologist who would later become active in the civil rights movement and serve as a human resource commissioner under New York City Mayor John V. Lindsay. For the first 17 years of his life, excluding a year spent in suburban Massachusetts, Tyson lived in the Bronx, New York City and attended public school including the Bronx High School of Science. Fascinated by the cosmos since at least the age of nine, Tyson’s sixth grade teacher suggested that he take astronomy courses offered by the Hayden Planetarium in New York City in 1969. This lead to young Tyson’s involvement in numerous extracurricular astronomy programs including giving his first formal lecture at age 15 in addition to his great success as an athlete.

While Tyson was aggressively recruited by Cornell University, including a personal invitation from and meeting with astrophysicist Carl Sagan, he ultimately chose Harvard University for his undergraduate studies. While at Harvard, Tyson continued to perform well academically while continuing to play sports and tutoring felons at Walpole State Penitentiary. Tyson graduated from Harvard in June of 1980 with a B.A. in physics and attended graduate school at the University of Texas that fall. At UT, Tyson partially supported himself by teaching and writing for the popular magazine Stardate. After earning his M.A. in astronomy in 1983, Tyson authored and co-authored several scholarly papers and continued to teach before continuing graduate school at Columbia University in 1988.  The same year he married Alice Young, a mathematical physicist. The next year, he published his first book: Merlin’s Tour of the Universe which has since been translated into several different languages. Tyson received his Ph.D. in astrophysics from Columbia in 1991.

Tyson then received a post-doctoral research position at Princeton University. He was promoted to the research staff and was appointed to a post at the Hayden Planetarium in 1994. The following year, Tyson was named acting director of the planetarium.  In 1996 he became the Frederic P. Rose Director of the Hayden Planetarium. In addition to his responsibilities as director, President George W. Bush appointed Tyson to two commissions concerning the future of the American Aerospace Industry and American space exploration, in 2001 and 2004, respectively. Tyson has also been active in popular science, writing books such as the New York Times bestseller Death by Black Hole and Other Cosmic Quandaries and hosting the Public Television show NOVA ScienceNow. Tyson currently lives in New York City with his wife and two children.

Tyson, Neil de Grasse, The Sky is not the Limit:
Adventures of an Urban Astrophysicist
(New York: Doubleday, 2000);
http://www.haydenplanetarium.org/tyson/profile/bio.