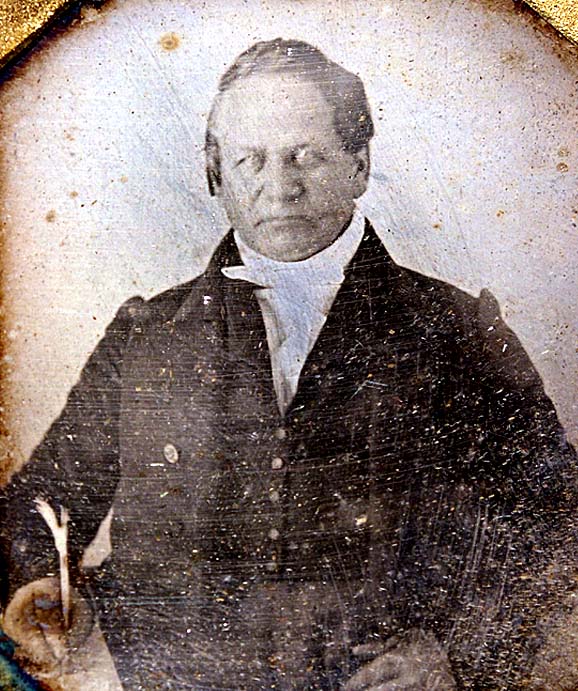 Reputed to be the first African American in the United States to graduate from college, Alexander Twilight was born on a farm in Corinth, Vermont to a white or fair-skinned mother, Mary Twilight, and a mixed-race father, Ichabod Twilight, who had served as a private in the American Revolution.  The young Alexander was forced to work as an indentured servant on a farm neighboring his parents’ farm from the ages of eight to 21. Nonetheless, he managed to graduate from Middlebury College in 1823, after which he taught school in Peru, New York, where he studied for the Congregational ministry and, in 1826, married Mercy Ladd Merrill.  Called successively to pastor congregations in Vergennes and Brownington, Vermont, Twilight also became the headmaster of the Orleans County Grammar School.  To meet growing enrollment needs, he designed, raised funds for, and built the first granite public building in Vermont, Athenian Hall, which contained classrooms and a dormitory.

Elected to the Vermont General Assembly in 1836, Twilight became the first African American to serve in a state legislature in the United States. In 1847, after conflicts with the Orleans County school administrators, Twilight moved to Quebec, Canada for five years, but then returned to serve as headmaster in Brownington.  He died on June 19, 1857 and is buried in the Brownington churchyard.  His historic Athenian Hall, renamed the Old Stone House, now serves as the Orleans County Historical Society and Museum.