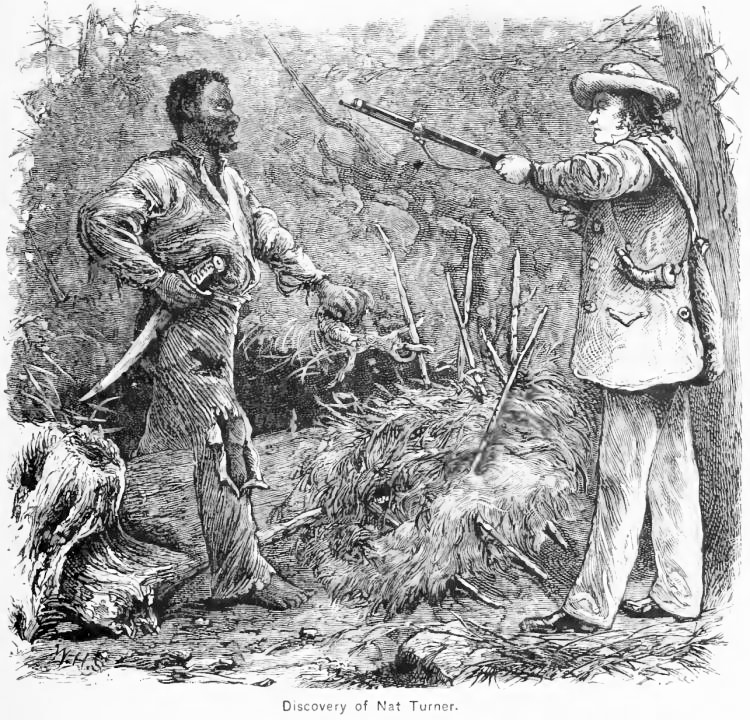 Nathaniel “Nat” Turner was born in Southampton County, Virginia on October 2, 1800, the son of slaves owned by Benjamin Turner, a prosperous farmer. Taught to read by the son of his owner, Turner studied Christianity which he interpreted as condemning slavery. Turner also began to believe that God had chosen him to free his people from slavery. He soon became known among fellow slaves as “The Prophet.”

Turner was sold to slaveholder Joseph Travis in 1830. Less than a year after the sale, Turner received what he assumed was a sign from God when he witnessed the eclipse of the sun. After sharing this experience with a few close friends, they began to plan an insurrection. While still planning the uprising, Turner saw that the color of the sun had changed to a bluish-green, which he believed was the final sign to initiate the uprising. With this confidence, Turner and seven other slaves moved forward with their plans. They first murdered the entire Travis family and eventually fifty whites in the futile effort to incite a general slave uprising. Only 75 slaves and free blacks joined the rebellion.

They were soon pursued by over 3,000 members of the state militia. Turner and his followers were confronted by militiamen. One was killed and the others were captured. The rebellion was over in 48 hours. Turner escaped and eluded Virginia authorities for two months but was finally captured and tried for insurrection and murder. He was executed six days after his trial on November 5, 1831. In retaliation for the abortive rebellion, nearly two hundred innocent slaves were killed.

Although Nat Turner did not end slavery as he may have hoped, he nonetheless shook the institution to its core. Pro-slavery advocates began calling for greater restrictions on free blacks and slaves in the South and made more demands on Northern whites to cease their interference with the servile institution. Northern abolitionists, however, viewed the uprising differently and intensified their efforts to end slavery throughout the nation.