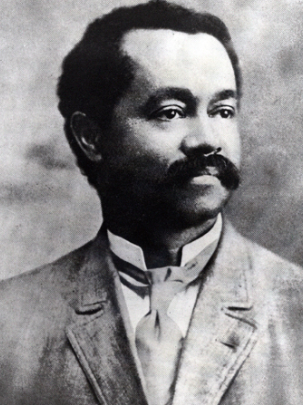 A prolific scholar and passionate educator, Dr. Charles Henry Turner made significant contributions to the fields of zoology, entomology, and psychology. Over a thirty-year career, he published widely on not only scientific topics, but also civil rights and education, authoring over seventy articles in total. In addition, during the early decades of the twentieth century, he served as a civic leader in St. Louis, Missouri’s African American community.

Turner earned a B.S. degree in Biology from the University of Cincinnati in 1891, followed by an M.S. in 1892. During that same year, he published an article in the journal Science, likely making him the first African American to have a paper appear in that prestigious publication. Over the next three decades, he contributed dozens of pieces to scientific journals on subjects as diverse as avian morphology and the behavior of ants.

During the early part of his career, Turner moved frequently. Between 1893 and 1905, he served as a Professor of Biology and Chair of the Science Department at Clark University in Atlanta, Georgia. He then left Clark and became a high school principal in Cleveland, Tennessee for roughly a year before accepting a position as Professor of Biology and Chemistry at Haynes Normal and Industrial Institute in Augusta, Georgia. Shortly thereafter, in 1908, Turner moved to St. Louis and joined the faculty of Sumner High School, where he would remain until his retirement in 1922.

Turner’s scholarship examined a wide variety of topics. Early on, he investigated avian brain structure and aquatic invertebrates. Later, for his doctorate, Turner analyzed the “homing” mechanism in ants. He documented, for example, that ants make a specific type of circling or gyration before returning to their nests—a discovery that bears his name, Turner circling. His study of entomology would grow still more complex during his time in St. Louis, despite the challenge of working on his own with little institutional support. During these years he was also often called upon to contribute review articles to journals and other scientific publications.

During the decade and half he spent at Sumner High School, Turner contributed time and energy to local civic organizations. He served as a director of the Colored Branch, St. Louis YMCA, and contributed articles to local and national publications on the themes of racial equality and education.

In 1922, Turner’s health began to fail and he retired from teaching, moving from St. Louis to Chicago to join one of his sons. He died there on February 14, 1923, at the age of fifty-five.