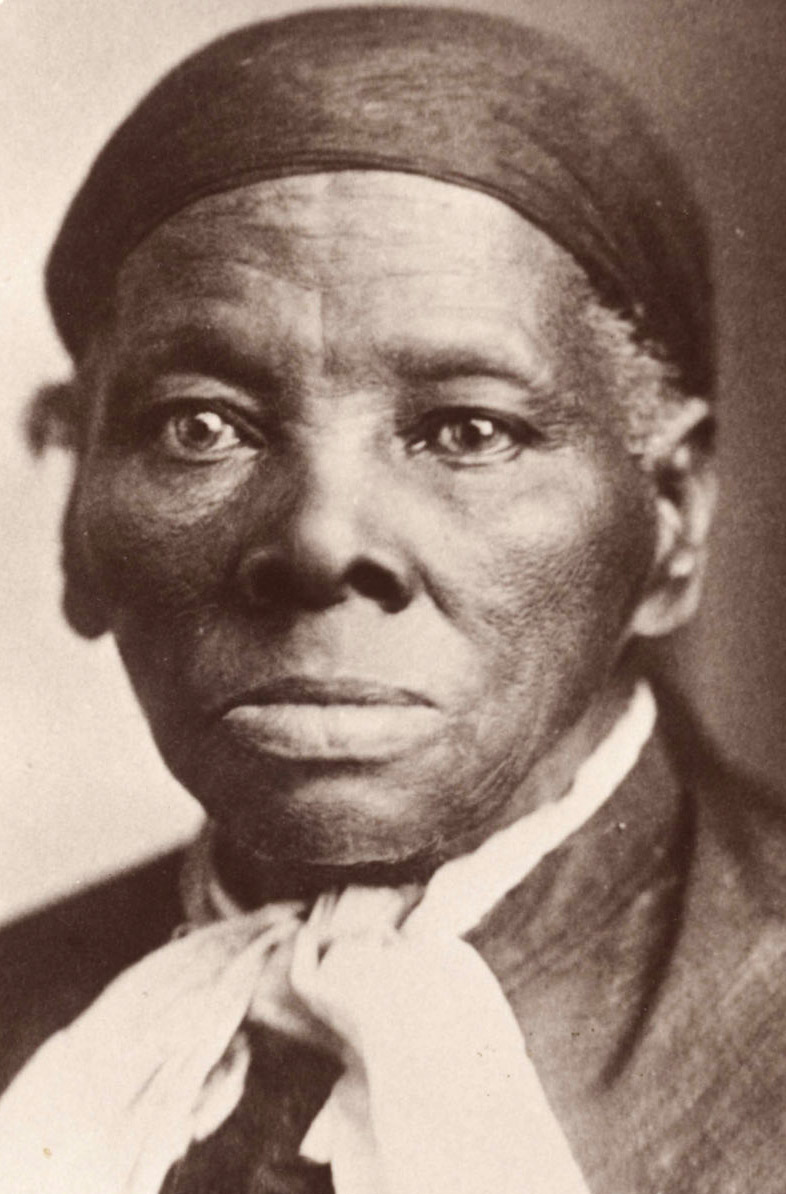 Dubbed “The Moses of Her People,” escaped slave Harriet Tubman assisted hundreds of slaves on the Underground Railroad, leading them from Maryland to safety in Pennsylvania.  Born enslaved in 1821 and raised in Dorchester County, Maryland to Benjamin and Harriett Greene Ross, she was both a field hand and a domestic servant.  As a young girl, she suffered a lifelong injury after her master threw a piece of iron at her, which struck her in the head.  Throughout her life, she suffered bouts of narcoleptic seizures.  In 1844, she married a free black man, John Tubman.  She escaped in 1849 in order to avoid being sold into the Deep South. Her husband refused to go with her.  Several months later, when she returned to get him, she learned he had taken another wife.  He died shortly after the end of the Civil War, and Tubman later married Nelson Davis.

Upon her escape, Tubman trekked northward to Philadelphia, Pennsylvania where, like most working class free black women, she found employment as a washer woman and domestic servant.  At the same time, she participated in the Underground Railroad, and as a result, developed networks with both black and white abolitionists.

During the Civil War Tubman served as a spy for the Union Army. On June 2, 1863, however, Tubman, under the command of Union Colonel James Montgomery, led 150 black Union soldiers in the Combahee River Raid in South Carolina.  This was the only Civil War military engagement where a woman was the commander.  Tubman, who was already aware of vital information about the location of Confederate torpedoes planted along the river, led Union gunboats to specific areas where fugitive slaves were hiding and waiting to be rescued. Eventually 750 people were liberated from slavery. Some of the men eventually joined the First South Carolina Volunteers, the military regiment established for former slaves in coastal South Carolina in 1862.  The Combahee River Raid was a major military and psychological blow to the Confederate cause.

After the end of the Civil War, Tubman settled in Washington, D.C. and participated in the emerging national suffrage movement.  In 1911, two years before she died, she attended a meeting of the suffrage club in Geneva, New York, where a white woman asked her: “Do you really believe that women should vote?” Tubman reportedly replied, “I suffered enough to believe it.” Harriet Ross Tubman died of pneumonia on March 10, 1913 in Auburn, New York.  She was believed to be 92 at the time of her death.