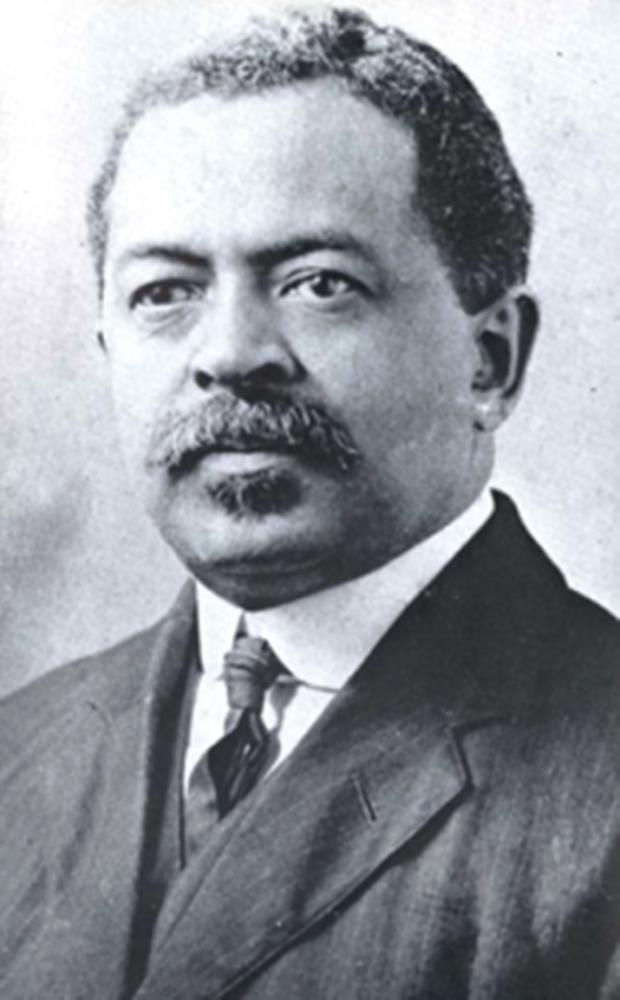 William Monroe Trotter was a major civil rights activist in the early twentieth century, known primarily for launching the first major challenge to the political dominance of Tuskegee Institute founder Booker T. Washington and as an inspiration for the formation of the National Association for the Advancement of Colored People (NAACP). Trotter was also the founder of the Boston Guardian (1901), the National Negro Suffrage League (1905), the Niagara Movement (1905), and the Negro American Political League (1908).

William Trotter was born on April 7, 1872, in Chillicothe, Ohio. His family moved to Boston, Massachusetts in 1879. At a young age, he was exposed to education and equal rights activism through his father James, a rare black Democrat that supported New York’s Grover Cleveland in his successful bid for president in 1884. Two years later, James Trotter was appointed Recorder of Deeds for Washington by President Cleveland, making him the highest-ranking black federal official at the time. William Trotter’s mother was Virginia Isaac Trotter.

Trotter excelled academically in predominantly white schools in Boston and entered Harvard College in 1891. Four years later, he earned his bachelor’s degree in international banking with honors (magna cum laude) while becoming Harvard’s first black Phi Beta Kappa member. A year later, he received an M.A. degree from Harvard in finance. Restricted from working as a banker because of his race, Trotter worked in his father’s real estate firm. In 1899, he married equal rights activist Geraldine L. Pindell, who in 1901 became the society editor for the Boston Guardian. Mrs. Trotter died in the 1918 flu pandemic, leaving Trotter a widower at the age of 46.

Trotter is best known for his strident opposition to the racially conciliatory policies advocated by Booker T. Washington and his call for a renewed emphasis on liberal arts education in contrast to Washington’s promotion of industrial training. Trotter’s public challenges of Washington’s policies began in 1901 with his founding of the Boston Guardian and the Boston Literary and Historical Association, a forum designed to attract potential opponents of Washington including, most notably, W.E.B. DuBois. Trotter’s first personal encounter with Washington came in 1903 when he interrupted the Tuskegee founder’s address to a National Negro Business League meeting at a Boston’s African Methodist Episcopal (AME) Zion church. Trotter referred to Washington as “the Great Traitor” and “Benedict Arnold” and was subsequently arrested and convicted for disorderly conduct. Trotter spent thirty days in jail, and some civil rights leaders believed that Trotter’s arrest had been orchestrated by supporters of Washington. Trotter quickly became the national symbol of opposition to the “Tuskegee Machine,” a network of institutions and surrogates that supported Booker T. Washington’s ideology.

In July 1905, twenty-nine opponents of Washington, including Trotter and W.E.B. DuBois, met in Niagara Falls, Canada to form the Niagara Movement, the first organization to challenge Washington’s power, and the first black-oriented civil rights organization formed in the twentieth century. During the meeting, this group drew up a manifesto, demanding voting rights for African Americans, an end to racial segregation and discrimination, and better health care, housing, and schools for the nation’s black population.

In 1908, Trotter left the organization in opposition to women joining and the growing prominence of W.E. B. DuBois. One year later, Trotter rejoined several Niagara co-founders in helping to establish the NAACP, even though he refused to join the Association because he felt it was compromised by white leadership and financial support. As an alternative, he revived the National Equal Rights League.

Trotter’s outspoken activism also extended to his direct denouncements of President Theodore Roosevelt for discharging three companies of the all-Black 25th United States Infantry after the Brownsville Riot in Texas (1906), and publicly confronting President Woodrow Wilson in 1914 after the new president imposed racial segregation on federal employees for the first time. Beginning in 1915, Trotter led Boston protests against the racist motion picture, The Birth of a Nation.

Trotter’s quest for social justice included his urging a federal commitment to equal rights before black soldiers participated in the United States’ World War I war effort. He was an observer at the 1919 Paris Peace Conference where he called for the end of colonialism in Africa. In the early 1920s Trotter opposed Marcus Garvey’s Universal Negro Improvement Association (UNIA) and its Back to Africa Movement.