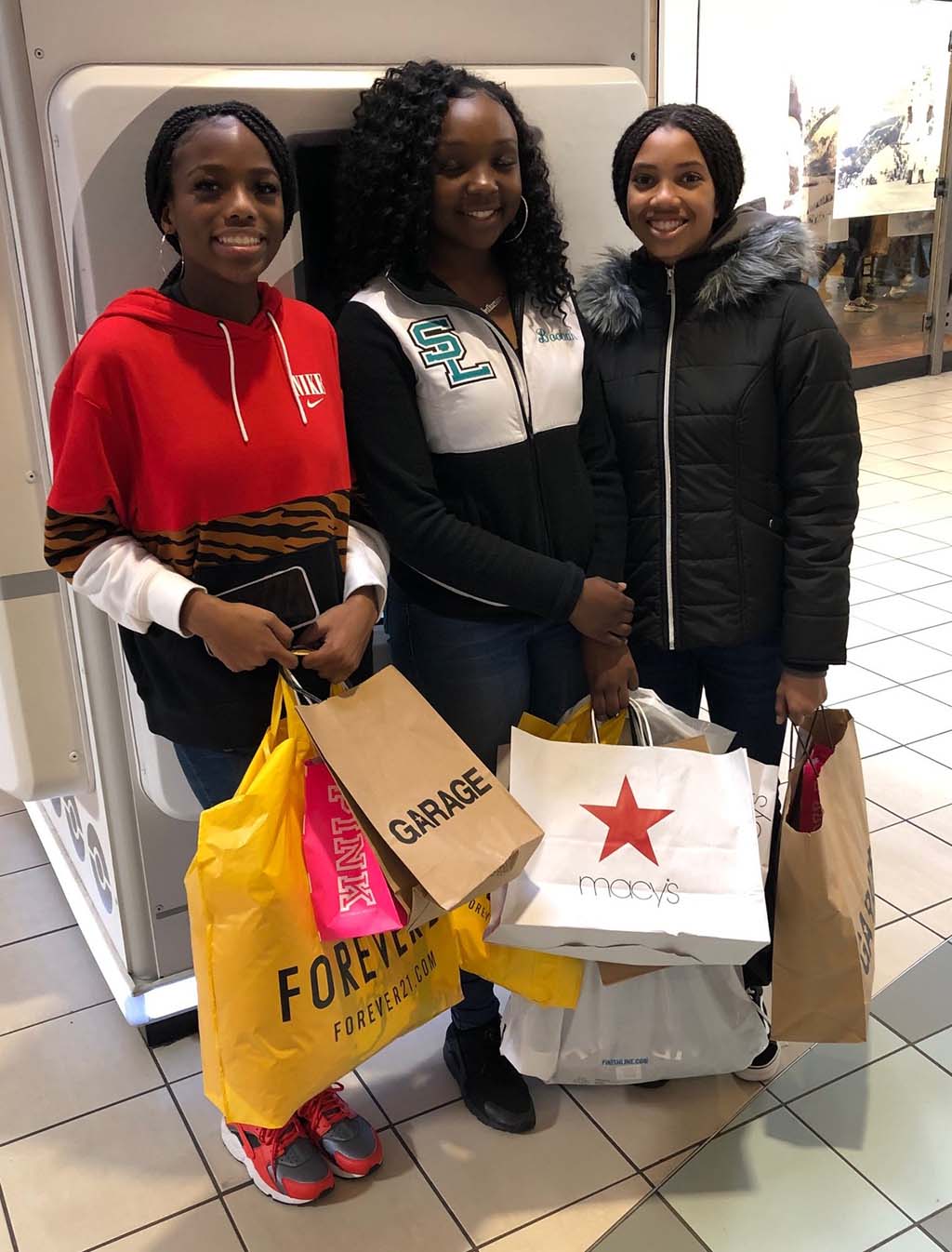 Sometime in 2013, the African American consumer market exceeded the trillion dollar mark for the first time.  To put this figure in perspective, that market is larger than the market for the entire nation of Spain.  In the article below business historian Robert Weems briefly describes rise of African American purchasing power since the end of slavery and what it means for both black Americans and the entire economy.

Collective African American net income (spending power) now exceeds $1 trillion dollars annually. Because of this economic reality, a wide variety of contemporary companies continually create marketing campaigns to effectively reach this important segment of the U.S. consumer market. Yet, in the not-too-distant past, black consumers were all but ignored in the American marketplace.  This article will provide an overview of this historical (and business) phenomenon.

One hundred years ago, African Americans were not perceived to be a viable consumer market. There were distinct social, economic, and political reasons for this situation. First, the vast majority of blacks, at the time, lived in the rural South isolated from America’s major cities/economic markets. Second, many of these individuals found themselves ensnared as peons and sharecroppers with little disposable income. Finally, the dictates of Jim Crow racial segregation relegated rural southern blacks to the margins of society, including being unable to vote.

Because of blacks’ marginality in the realms of economics and politics, early twentieth-century white Americans, including white businesses, believed they could, with impunity, denigrate African Americans. This helps to explain American advertising’s pervasive use of derogatory black images during this period. Many white companies regularly featured blacks with exaggerated physical characteristics in their advertisements. Others used the term “nigger” in naming products or derisively portrayed African American children as “pickaninnies.”

The World War I Great Migration of rural southern blacks to northern and southern cities, to take war-related jobs, followed by an even larger migration of southern blacks to northern, southern, and western cities during World War II, created a viable African American consumer market. By the end of World War II, blacks were strategically located in America’s major urban markets with money to spend. Consequently, white companies began to think in terms of a distinct African American consumer market worth pursuing.  A growing number of these firms hired “Negro Market” specialists who became corporate America’s black pioneers.

The birth of Ebony magazine in 1945, as a venue to reach increasingly important black consumers was directly linked to growing African American urbanization. Similarly, the desegregation of Major League Baseball in 1947 represented another immediate result of blacks’ rising importance as consumers.

By the mid-1940s, the per capita income of blacks residing in cities with Major League Baseball teams compared very favorably with national white per capita earnings. This economic reality, coupled with the fact that African Americans were avid baseball fans (who had sustained their own Negro Leagues), motivated Branch Rickey of the Brooklyn (New York) Dodgers to conduct what one author has called “baseball’s great experiment” when he hired Jackie Robinson.

As other teams followed the example of the Brooklyn Dodgers, one of the consequences of the simultaneous desegregation of major-league rosters and the active courting of black consumer support was the subsequent decline and disappearance of black-owned baseball teams. Moreover, racial desegregation’s negative impact on the Negro Leagues would subsequently be reenacted in other economic venues.

Significantly, while mid-twentieth century American businesses began to recognize the importance of black dollars, African Americans themselves began to recognize how they could use their collective net income to bring about the dismantling of American apartheid. In fact, disciplined African American spending represented the cornerstone of the period’s evolving Civil Rights Movement.

By the mid-1960s, African American consumer activism contributed to the passage of the Civil Rights Act of 1964. Among other things, this landmark legislation prohibited racial discrimination in the realm of public accommodations (including hotels, restaurants, theaters, sport arenas, etc.). Ironically, succeeding decades would illustrate the ability of white-owned businesses, rather than unfettered black consumers, to benefit from the Civil Rights Act of 1964.

Similarly, there has been a parallel decline in the infrastructure of urban black America’s business community as African American consumers increasingly spent their dollars in downtown and suburban shopping malls allowing white-owned enterprises to be the primary beneficiaries of nouveau-riche African Americans’ spending patterns.

By 1970 African Americans were an overwhelmingly urban population. The 1970 census revealed that 81 percent of the national African American community resided in urban areas, compared to 72 percent of whites. Rural to urban migration continued but so-called “white flight” to the suburbs, during the 1950s and 1960s, also contributed to this demographic shift.

The emergence of black-oriented Hollywood movies illustrate the paradox of simultaneous growing black spending power and declining black economic autonomy.  At the moment central cities across the United States were becoming increasingly black, Hollywood producers were desperate for ways to resuscitate an ailing motion picture industry. Television’s birth and growth had contributed to a dramatic decline in U.S. movie attendance. For example, between 1946 and 1970, the average weekly attendance at U.S. theaters dropped from 90 to 17.7 million moviegoers. Moreover, white movement to the suburbs included their abandonment of large downtown movie theaters. Consequently, in what one contemporary observer called “one of the greatest ironies of our time,” Hollywood turned to urban black consumers to help it avert financial ruin.

The huge financial success of Melvin Van Peebles’ 1971 independent film Sweet Sweetback’s Baadasssss Song clearly demonstrated the potential profits associated with appealing to black moviegoers. Shot in nineteen days, with a budget of $500,000, Sweet Sweetback, which chronicled the radicalization of a black male sex performer, grossed more than $10 million within a couple months. Because of Sweet Sweetback’s explicit sexual content, Van Peebles, an African American filmmaker, had to rely upon Cinemation Industries, a small distribution house that handled only pornographic films, to initially distribute Sweetback. Although this film debuted in only two theaters, one in Detroit, Michigan and one in Atlanta, Georgia it quickly broke box-office records in both locales. Moreover, through word of mouth, Sweet Sweetback soon became a nationwide box-office smash.

Based upon the success of Sweet Sweetback, Metro-Goldwyn Mayer made its own direct appeal to black moviegoers with its 1971 release of Shaft. This film, described as a black James Bond movie, proved to be an economic godsend to MGM (which had posted losses of $43 million for the previous two years). Costing only $1.8 million to produce, within a year Shaft had reportedly grossed more than $17 million. Predictably, MGM’s success with Shaft reverberated throughout other major Hollywood studios. In fact, by late 1972, nearly 25 percent of Hollywood’s total planned productions were black-oriented.  By contrast, only 3 percent of Hollywood’s 1970 releases were films primarily intended for African American audiences.

Although Hollywood by 1972 had committed itself to actively woo the African American film-going public, the emphasis appeared to be on quantity, not quality. In fact, the overwhelming commercial success of the low-budgeted Sweet Sweetback and Shaft apparently convinced Hollywood producers that movies made for African American consumers did not need large budgets to be successful. Moreover, in the majority of the black-oriented movies of the 1970s, African American audiences were given extra heavy doses of Hollywood’s unholy trinity of sex, violence, and crime. Thus, while the term “blaxploitation” is grammatically incorrect, it does accurately convey the film industry’s manipulation of black consumers during this period.

The late 1970s also witnessed the emergence of hip-hop culture. Despite its community-based origins in the Bronx, New York, hip-hop’s subsequent co-optation by corporate interests evolved into another form of “blaxploitation.”  By the mid-1980s, the vigorous competition between emcees (rappers) to produce powerful rhymes and lyrics, expanded to include the possession of various consumer goods.

A classic example of this development was Kool Moe Dee’s 1987 album, How Ya Like Me Now. Besides featuring a “rapper report card,” where Kool Moe Dee received the highest grade among current emcees, How Ya Like Me Now featured this artist on the cover flashing a customized Jeep and various pieces of diamond and gold jewelry in a vacant urban lot. In the context of later expressions of hip hop emcees’ success, which featured rappers in mansions, on yachts, and driving Bentleys, Kool Moe Dee’s braggadocio appears almost comical. Still, How Ya Like Me Now represented an important precursor to the “bling” phenomenon, with its focus on conspicuous consumption, that came to dominate hip hop (and influence its millions of fans).

African American insurance companies, historically, represented a cornerstone of black economic development.  Yet, notwithstanding their historic tradition of serving the African American community, the number of viable African American insurance companies in the U.S. has declined from over 50 to 2 between the late 1960s and today. Moreover, based upon recent trends, the two remaining black insurers (North Carolina Mutual and Atlanta Life), may disappear from the landscape of American business by the end of this decade.

Significantly, the recent decline of urban black America’s infrastructure appears linked to the disappearance of black-owned insurance companies. These firms, historically, reinvested a consequential proportion of their premium income back into black community real estate. The industry provided badly needed capital for the home mortgage market in black urban communities.  With the disappearance of these firms and the continuing reluctance of major banks and other financial institutions to invest in black neighborhoods, African Americans with more income than ever before nonetheless were more likely to get sub-prime bank loans.  These loans, in turn, helped create the 2008 economic collapse which wiped out a disproportionate amount of black homeowner equity.