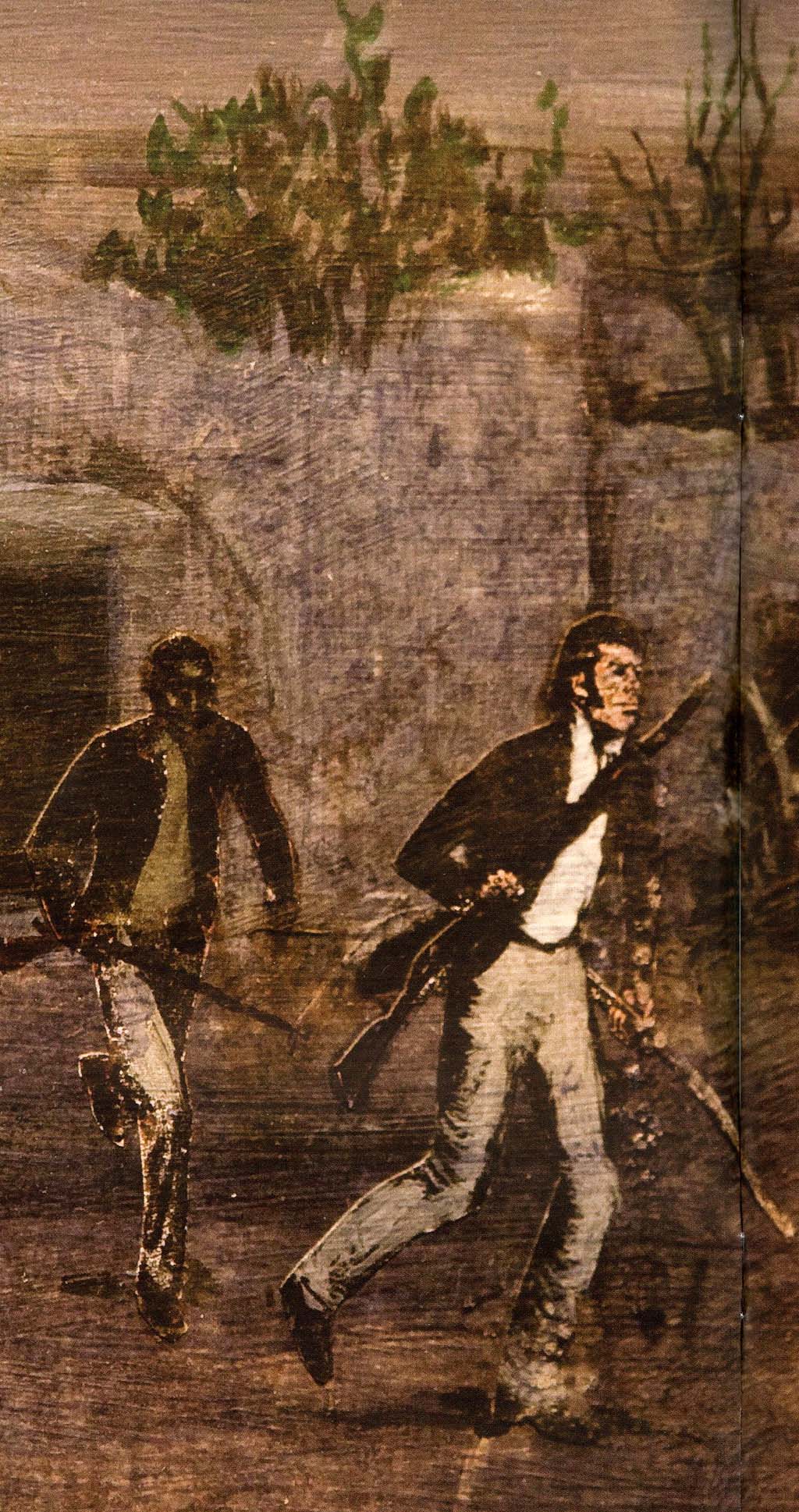 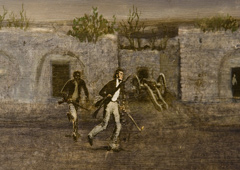 William Travis and His Bondservant, Joe, at the Alamo
Image Ownership: Public domain

Joseph, an enslaved person, was one of a handful of survivors at the Battle of the Alamo in 1836.  He was born around 1815. Known simply as Joe, he was sold four times in his life, most notably to his third master, Colonel William Barret Travis. His mother, Elizabeth, four brothers, William, Leander, Millford, Solomon, and sister, Elizabeth, were enslaved as well. Joe’s brother, William, escaped to freedom in 1833 and became the first published African American writer under the name William Wells Brown.

Born on the Mount Sterling, Kentucky, farm of Dr. John Young, Joe and his family were brought to Missouri in 1816. Young founded the town of Marthasville, Missouri, where Joe spent his childhood and adolescence as a field worker. In 1829 at the age of fourteen, Joe, his brother Millford, mother, and sister were sold to a Connecticut businessman, Isaac Mansfield. They were then brought to the bustling city of St. Louis, Missouri, where they served for several years.

Around 1830, Mansfield sold Joe’s sister whom he never saw again. After that, William, who was sold by Dr. Young to work on steamships, attempted to escape with his mother from Mansfield’s plantation. They made it far into Illinois but were captured and returned to their respective owners. Mansfield, by the winter of 1832, had decided to take Joe and his family to New Orleans, Louisiana whereupon they would travel to Texas, which was still part of Mexico.

Slavery during the 1830s was illegal in Mexican territories. However, slaves were smuggled in or kept under the guise of contracts. Joe, by this point, was technically recognized as an indentured servant for the next ten years or up until the death of Mansfield. When Joe’s master did die in 1834, Joe was not given his freedom. Instead he and his family were sold off to pay the debts of the estate. Joe never saw the rest of his family again. He then was purchased by William Barret Travis. By February of 1836, Joe had been brought to Bexar, Texas, the site of the Alamo.

On March 6, 1836, Joe, with musket in hand, was among the defenders of the Alamo. His owner was wounded and eventually killed during the battle. When Mexican troops overran the stronghold, Joe was taken as a prisoner, interrogated by Santa Anna himself, but was allowed to escape custody as a prisoner-of-war. Instead Joe was sent away with the white female and child survivors. He was then acquired by Texas slaveholder John Rice Jones.

Rather than stay in Texas and risk the chance of being sold yet again, Joe escaped exactly one year after the battle of the Alamo. In 1838 he had made his way from Texas to the Travis plantation in Alabama where he told of the heroism and fate of William Barret Travis to the rest of the family. He is assumed to have remained there, possibly being renamed “Ben” sometime in the 1850s.

Joe was called a hero for his actions but was never awarded a pension for his service by the independent nation of Texas. He was last seen in San Antonio in 1877. His fate after that is unknown.