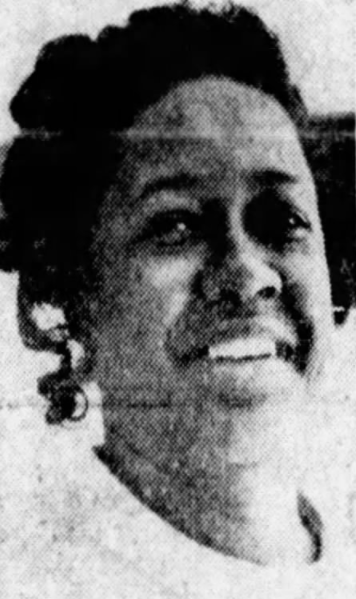 Geraldine W. Travis is the first African American elected to the MontanaState Legislature House of Representatives.   She worked actively to promote civil rights for African Americans, women, and children, and to break down racial barriers in Montana from 1967 to 1989.

Geraldine Washington Travis was born in Albany, Georgia on September 3, 1931, the daughter of Joseph and Dorothy Washington.  She married Airman William Alexander Travis in Americus, Georgia in 1949 when he was stationed at nearby Turner AFB, Georgia.  William and Geraldine became parents of five children, three sons and two daughters, as they moved to various Air Force bases around the world. Geraldine Travis attended Xavier University in New Orleans, Louisiana.

In 1967 Master Sergeant William Travis arrived with his family at Malmstrom AFB, Great Falls, Montana. While stationed there, Geraldine Travis became active in local civil rights and Democratic Party political activities.  In 1968 she was one of the founding members of the Great Falls branch of the National Association for the Advancement of Colored People (NAACP) and served as its secretary-treasurer.  She was also a founder of the Montana Chapter of National Council of Negro Women and the Montana Women’s Political Caucus.  She served as president of the Cascade County Women’s Political Caucus in the late 1960s.  In 1972 she became active in the Shirley Chisholm presidential campaign and served as president of the Great Falls Shirley Chisholm for President Club.  Later that year she was one of twenty Montana delegates at the Democratic National Convention in Miami, Florida.  Travis was also one of the fifteen-member Montana Advisory Committee to the U.S. Civil Rights Commission.

In 1974 Geraldine Travis was elected to the Montana House of Representatives from House District 43, which represented the Malmstrom community of some 5,500 people. With her election, Travis became the first African American to serve in the Montana Legislature. Since most Air Force personnel maintained voting residency in other states, only 138 voters registered for this election. The Base Commander prohibited campaigning in base housing areas so voter turnout was light, and Geraldine Travis was elected with just twenty votes.

Nonetheless during the 1975 legislative session, Rep. Travis sponsored five bills, all of which passed through the House, and two of the five passed in the Senate to be signed into law by Governor Thomas L. Judge.  She was defeated for re-election in 1976. Geraldine Travis remained active in Montana state and local affairs until moving to Arizona in 1989.