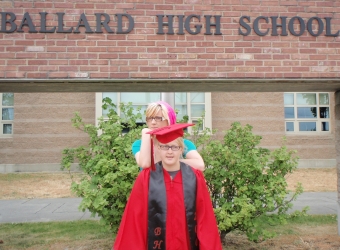 In 2000 Kathleen Brose led an organization called Parents Involved in Community Schools which filed a lawsuit against the Seattle School District, challenging its “tie-breaker” rule in Seattle Public Schools which gave preference to racial minorities in school assignments when all else was equal.  The lawsuit eventually reached the U.S. Supreme Court which in June 2007 ruled in favor of Parents Involved.  In the following article Brose describes the origins of the lawsuit and her attitude toward the half century struggle to integrate Seattle’s schools in light of that ruling. A link to the U.S. Supreme Court ruling appears at the end of this article.

In late June, 2007, I wrote the following for a Seattle Times newspaper opinion piece shortly after the U.S. Supreme Court ruled in favor of Parents Involved in Community Schools:

In 2000, Parents Involved in Community Schools, a nonprofit organization made up of diverse parents and community members sued the Seattle School District to stop discrimination against our children.

We told the School District that the use of the race of a student to decide to assign our ninth-graders to a high school was illegal, unconstitutional, immoral and just plain wrong.

Our children were denied entrance to certain high schools because of their skin color, and both nonwhite and white children were affected by this racist policy.

The Seattle schools had never been segregated and were already integrated.  The use of the racial tie-breaker was not necessary.  Our children just wanted to attend school along with their peers and to maintain friendships.

It is difficult enough being a teenager in our fast-paced world without being forced to go to a school you don’t want to go to, just because you have the “wrong” skin color.  Our children are faced with so many more choices at an early age, which makes parenting much more difficult today than a generation ago.  When you are a single parent, or a parent without a car, and your child is going to a school that is up to two hours away by public transportation, it is extremely difficult to stay involved in your child’s education.

In Seattle’s case, the high schools have different curricula and certain schools are not a good academic fit for a particular learning style.  The use of the racial tiebreaker, for some kids, was emotionally and academically damaging.
A parent knows better than a school bureaucracy where his or her child will be successful.  Our children are not numbers or chess pieces to be moved around for the sake of political correctness.  They are unique individuals and should not be classified as being part of a collective, in this instance, race, as if that were their only value to society.

The Seattle School District, along with every other school district in America, rightly teaches its students that discrimination is wrong and that we do not judge people by the color of their skin.  How can our schools teach this lesson and then turn around and discriminate against our children by telling them that they can’t go to a particular school because they have the “wrong” skin color?

They cannot have it both ways.  Our school boards cannot discriminate sometimes because they think the end justifies the means.  That was the logic they used for separate but equal facilities before 1954.  Was not Brown vs. Board of Education about making sure that children were not denied access to a school based solely on skin color?  The U.S. Constitution is here for all of us, not some of us.

In the fall of 2007, I returned to the University of Washington, where I pursued and received my B.A. in history in June of 2009.  One of the courses that I took at the University of Washington was Professor Taylor’s Blacks in the West.  This class enhanced my knowledge of the struggles of Black people in the West as well as the Civil Rights movement in Seattle.  I now have a much greater appreciation of their trials and tribulations as well as their contributions to the growth of the American West.

Since taking Professor Taylor’s class, my views have not significantly changed on my role in the lawsuit to stop forced busing in Seattle.  I believe that the Seattle School District implemented forced integration to combat the de-facto segregation of Seattle’s neighborhoods that developed during the use of housing covenants.  However, there were consequences to forced integration of the schools. To avoid mandatory busing, many middle class families, both White and Black, had either moved to the suburbs or enrolled their children in private schools.  The public school population had declined significantly during the years of busing, further reducing government funding.  Those families that stayed in Seattle Public Schools competed to enroll their children in perceived popular schools, and unpopular schools struggled to attract students.  The District spent millions of dollars on alternative schools and programs, diverting resources from traditional schools, to compete with the private schools. Meanwhile, many of the under-enrolled traditional neighborhood schools fell into disrepair.  Parents found many ways to skirt the assignment policies by changing addresses and recorded ethnicity to get their kids into the school they desired.  There were plenty of students, both white and non-white, who just fell through the cracks when their parents did not know how to advocate for their needs, and they were assigned to schools that did not adequately address their academic requirements. Parents Involved in Community Schools (PICS) was formed out of frustration with the quality of the schools and the discriminatory practices of the Seattle School District after years of the failed mandatory busing program.  PICS felt that it was time to take a new approach in school assignments.  Moving kids around the city, based on their skin color, had not improved the quality of the schools. It disrupted parents’ connection between home and school due to distance and time constraints.  Neighborhood schools just make sense.  PICS wanted all the financial resources that had been put into mandatory busing to be reinvested in the classroom.

The racial composition of Seattle’s neighborhoods had changed from the 1970s to 2000 when the lawsuit began, and today, in 2009, neighborhoods are still changing.  Seattle is a vibrant port city located on the Pacific Rim poised for many changes in its demography.  Seattle needs to prepare its students for the future by focusing on high quality schools in every neighborhood.  Strong leadership, capable staff, challenging curriculum and parental involvement are the keys to successful schools and successful students.  If the Seattle School District can provide those ingredients, every student, regardless of race or socio-economic status has a chance at success.

When I first became involved in efforts to secure my daughter’s assignment to a nearby High School, I never imagined that my actions would result in a Supreme Court ruling and a change to National law.  That was never my goal.  My only wish was to help her gain a high quality education and grow into a contributing adult.  And that, I know, is a sentiment that all parents share, regardless of race, color or ethnicity.

Brose, K. (2009, September 30) The Tie Breaker Ruling in Perspective: A Plaintiff Looks Back on the Historic U.S. Supreme Court Decision of 2007. Retrieved from https://www.blackpast.org/african-american-history/tie-breaker-ruling-perspective-plaintiff-looks-back-historic-u-s-supreme-court-decision-2007/