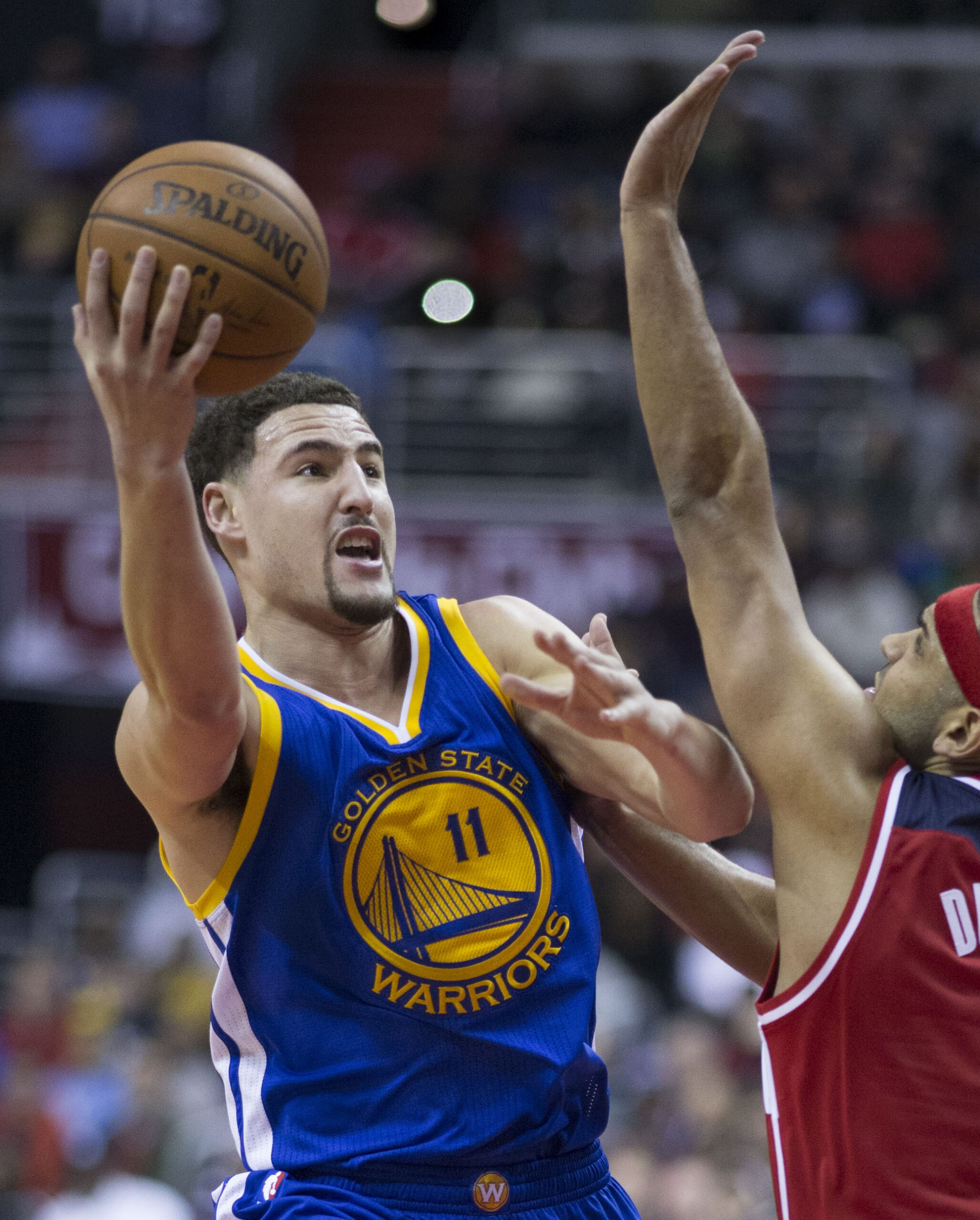 After graduating high school in 2008, Thompson attended Washington State University in Pullman, Washington. There Thompson played for the Washington State Cougars men’s basketball. During his year with the Cougars, he was named to the Pac-10 All-Freshman Team and All Pac-10 First Team.

Thompson remained with the Cougars until the end of his junior season where he decided to declare eligibility for the 2011 NBA Draft. He was drafted 11 overall by the Golden State Warriors and soon afterward made the team.  Since playing with the Golden State Warriors, Thompson has established himself as an elite shooter who along with teammate Stephen Curry became one half of the duo called “the Splash Brothers” because of their long range three-point shooting abilities.

In 2015 Thompson was a member of the Warrior team that faced and defeated the Cleveland Cavaliers, led by LeBron James, Kyrie Irving, and his childhood friend Kevin Love, in six games to win his first NBA championship. The following season, Thompson and the Warriors returned to the 2016 NBA Finals with a record setting 73-9 regular season won-loss record, the best in NBA history. Yet the Warriors lost to the Cavaliers in seven games.

With the addition of Kevin Durant, the Warriors met LeBron James and the Cavaliers, for an unprecedented third time in the NBA championship series in 2017.  This time Thompson and the Warriors defeated the Cavaliers in five games.

For some time, Thompson was known to be romantically linked to internet personality and model Hannah Stocking. The couple however would later break up.  Thompson has no children.