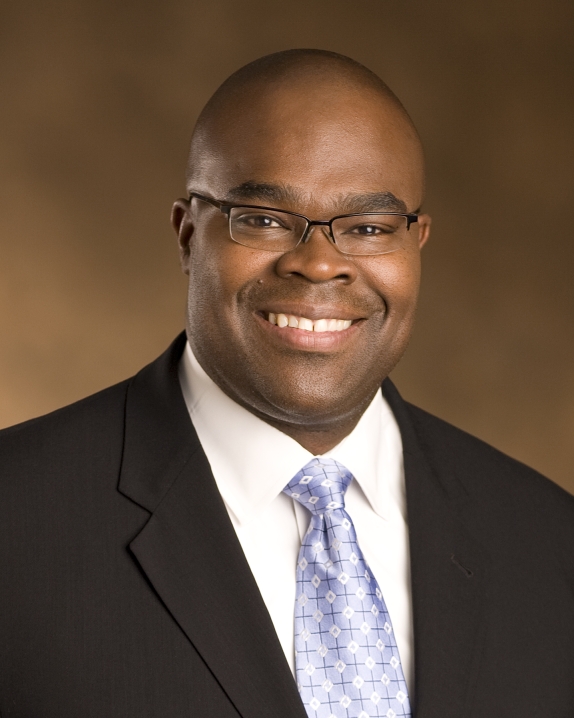 Don Thompson, president and Corporate Executive Officer of McDonald’s Corporation, was born near the Cabrini-Green Housing Project on Chicago, Illinois’s Near North Side.  Little is known about his childhood except that he was raised by his grandmother.

Thompson was a bright student who entered the sixth grade at age ten. Due to growth of gang violence on the Near North Side in the late 1960s, Thompson’s grandmother moved him to Indianapolis, Indiana. While at North Central High School in Indianapolis, Thompson excelled in math and science.  His prominence in those academic areas attracted the attention of representatives of the Minority Engineering and Advancement Program at Purdue University’s School of Engineering and Technology.  They recruited him to Purdue in 1980.  There he met his future wife Liz, who grew up in the Cabrini-Green Projects.

After graduating from Purdue, with a Bachelor of Science degree in 1983, Thompson took a job at Northrop Grumman in suburban Chicago while Liz Thompson began working at Ameritech Corp. They married in 1988 and have two children.

Two years after their wedding Thompson received a call from a McDonald’s recruiter who was looking for an engineer to design “robotics, control circuitry and feedback loops.” Though reluctant to take the job, at first, he did accept an invitation to visit the McDonald’s headquarters in suburban Chicago by an engineer working there.  Soon after the visit he was hired.

Starting his career at McDonald’s in 1990 Thompson quickly rose on the corporate ladder.  In 1992 he was promoted to Project Manager and Staff Director for the quality development department.  He switched to operations in 1994 and while there decided to spend his first six months learning the basics on managing a McDonald’s restaurant.  He did this by working at a South Chicago restaurant, moving up from fry cook to shift manager, then assistant manager and co-manager.

Thompson’s main challenge today is to keep McDonald’s, the world’s largest fast-food franchise, a desired location to eat in the face of rising concerns about obesity among adults and children.  To that end he is working to transform the restaurant’s famous and usually high caloric meals while maintaining customer loyalty.  He is also leading the corporation’s response to charges that its thousands of low wage workers have become the focal point of the national debate over the minimum wage.

Thompson is a member of Alpha Phi Alpha Fraternity.  He and his family live in suburban Oak Brook, Illinois, only a few miles from the Near North Side Chicago neighborhood where he was born.