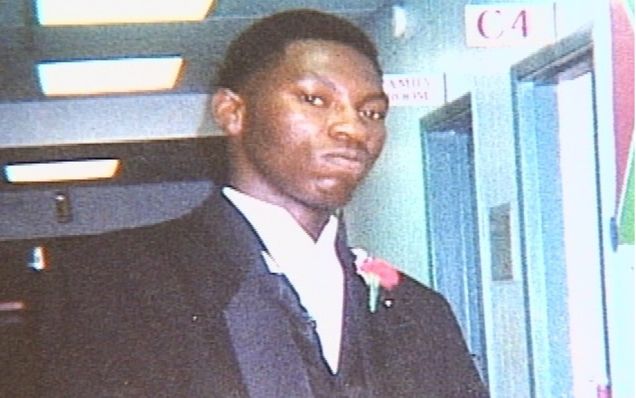 Timothy Thomas was born on July 25, 1981, in Cincinnati, Ohio.  Much of his early life is unknown.  At the time of his death, however, Thomas was unmarried and the father of one child. Thomas had a history of interactions with Cincinnati law enforcement officials.  Over the previous three years he received numerous traffic citations and in fact was pulled over eleven times by the police.  Most of the twenty-one traffic citations issued were for minor infractions including not wearing a seatbelt or driving without a license.

On April 7, 2001, the Cincinnati Police attempted to arrest Thomas at a time when he was wanted for fourteen misdemeanor counts.  They spotted him in the Over the Rhine neighborhood. Thomas saw the approaching police officers and started running away from them. A chase ensued around the neighborhood for a few minutes.  Cincinnati Police officer Steve Roach joined the pursuit after hearing a radio alert about a fleeing suspect with fourteen warrants.  He came face to face with Thomas in a dark alley and shot him in the chest.  Thomas initially survived and was rushed to University Hospital where he later died of his gunshot wounds. In the subsequent investigation, Roach claimed he shot Thomas because he believed the fleeing suspect was reaching for a gun in his waistband.  The investigation established, however, that Thomas was unarmed and when he saw Roach, he reached in his waistband to pull up his sagging sweat pants. Roach claimed that after he shot Thomas he called for an ambulance to take Thomas to University hospital.

The shooting of Timothy DeWayne Thomas sparked outrage throughout the black community in Cincinnati which helped spark the Cincinnati Riot two days later.  The Riot lasted four days from April 9 to April 13, 2001.  No lives were lost but nearly 1,000 people were arrested and there was over 3.6 million in property damage both in downtown Cincinnati and in the Over the Rhine neighborhood. Patrolman Stephen Roach was tried for negligent homicide in September 2001. He was acquitted of the charge but later resigned from the Cincinnati Police Department.