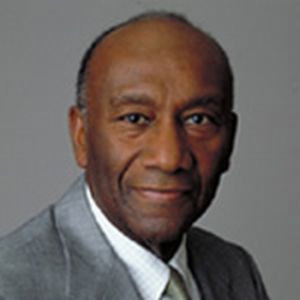 Franklin A. Thomas
Fair use image

Attorney and philanthropist Franklin A. Thomas was the first African American president of the Ford Foundation, the trust endowed by automobile manufacturer Henry Ford. The organization currently is the second-largest philanthropic foundation in the U.S., distributing funds for initiatives relating to democracy, poverty, and cultural and intellectual achievement.

Franklin Augustine Thomas was born on May 27, 1934 in Brooklyn, New York. He was one of six children born to West Indian immigrants James and Viola Thomas. When James died, Viola found work as a housekeeper and then as a machinist during World War II. Franklin Thomas stood out in his poverty-stricken neighborhood as a leader in school, sports, and the Boy Scouts. His success on his high school basketball team garnered athletic scholarships to major universities, but Thomas enrolled in Columbia University on an academic scholarship, desiring to be judged more for his intelligence than on his athletic ability. Nevertheless, he played on the Columbia basketball team, becoming the first black captain of an Ivy League basketball team.

Thomas graduated in 1956 and spent four years in the U.S. Air Force Reserve Officer Training Corps, attaining the rank of captain. He returned to Columbia University in 1960 and received his law degree in 1963. Thomas served as an attorney for the Federal Housing and Home Finance Agency and then as assistant U.S. attorney in New York from 1964 to 1965. In 1967 New York Senator Robert Kennedy appointed Thomas president of the Bedford-Stuyvesant Restoration Corporation, a redevelopment group that was headquartered in Thomas’ boyhood neighborhood. It became the national model for community-based redevelopment efforts.

In 1977, Thomas worked for two years in private practice until he was asked by the Rockefeller Foundation to head a study of apartheid, which became the Study Commission on United States Policy Toward Southern Africa. After completion of the year-long study, Thomas was appointed president of the Ford Foundation. At the time he took over the organization, it was suffering from financial difficulties with reduced assets and a lack of focus. Thomas conducted a comprehensive review and announced drastic changes in 1981 that included staff and programming cuts, a move that drew criticism internally and externally. However by 1990 Thomas had increased the fund’s endowment significantly and had shifted focus toward issues relating to urban poverty. Under his leadership, the foundation also funded human rights organizations and anti-apartheid initiatives.

In 1996 Thomas retired from the Ford Foundation and has served on the boards of directors for major companies like Citicorp and Pepsi Co. He is chairman of the September 11th Fund and is a consultant of the TFF Study Group, a nonprofit organization assisting development in South Africa. Franklin, who is a member of Sigma Pi Phi fraternity, is divorced and has four children.